Finding Teachers and Bus Drivers Is a Big Problem, but a Different Staffing Challenge Is Looming in School Districts 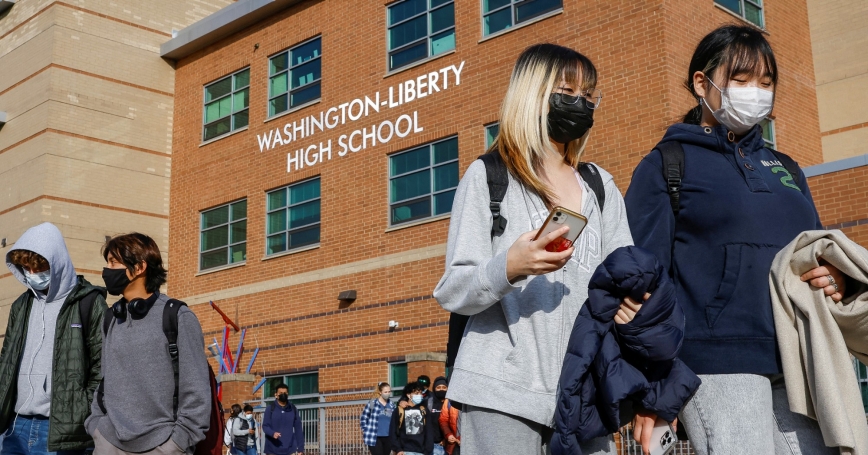 Back in fall 2021, we at the American School District Panel surveyed school districts nationwide to better understand their staffing challenges in the pandemic's third school year. The results echoed media accounts: large majorities of districts report they don't have enough staff to hire—particularly substitutes, bus drivers, and special education teachers. When we conducted in-depth interviews this fall with leaders in five of the districts included in the survey, one HR director said the great resignation meant “the labor pool is as dry as it can be.”

But the survey suggested something else too: a major challenge for the superintendency.

It's not hard to see why.

Superintendents are leading organizations under immense pressure. In addition to all the school-level staffing pressures, superintendents have been playing whack-a-mole with COVID-related problems for about two years. Between 85 and 90 percent of superintendents reported moderate or major concern about the mental health of students, teachers, and principals this school year. In urban districts and high-poverty districts, leaders were two to three times as likely to express major concerns about low enrollment and attendance compared to suburban and rural districts.

Superintendents are also facing new pressures from the outside. Three-quarters of leaders said political polarization about COVID-19 safety or vaccines interfered with their ability to educate students, and four in ten said the same about political polarization over critical race theory. Interestingly, majority white, suburban, and rural district leaders were more likely to report COVID-19 polarization than urban and majority minority districts. One superintendent reported that she spent the whole start of the year “dealing with all of the political debates…around masks.” Another said, “I think August and September [2021] were harder than the entire year [of 2020–21]. Maybe it's because it's more recent, but maybe because it actually was harder.”

The prospect of losing anything close to a quarter or more of superintendents nationwide would create even more upheaval in public schools.

The prospect of losing anything close to a quarter or more of superintendents nationwide (instead of the normal turnover rate of 13 percent) would create even more upheaval in public schools. In “normal” times, superintendents have the all-important role of setting the course for a district's educational improvement policy. Superintendent turnover can potentially harm district functioning by disrupting longer-term and systemic school reforms, which typically take five or more years. Superintendents are also the public face of the district and are key to keeping the support of civic leaders and voters in all-important bond elections.

In times of crisis like a pandemic, superintendents are indispensable. They set district-wide policies related to COVID-19 that provide at least some degree of cover for schools in times of political turmoil. Without skillful superintendents who know their communities, schools could be even more whipsawed by each having to navigate divided opinions about pandemic safety measures.

We should value and protect our district superintendents so they can lead a consistent strategy of improvement that builds over time and incorporates lessons learned. That's not easy, but state and municipal leaders can help by absorbing some of the political heat (e.g., by resolving battles over curriculum) and by providing clear guidance on COVID regulations for schools to follow. Also, despite all the challenges and the bleak picture we describe here, our rhetoric and education research need to highlight what draws leaders to enter the field in the first place and why the best ones stay. Now, more than ever, public education needs leaders who are knowledgeable and politically adept. Researchers and policymakers need to learn what it takes to make the superintendency an attractive and doable job and make sure the role doesn't decay into one that skilled educators avoid.

Michael DeArmond is a principal at the Center on Reinventing Public Education. Heather Schwartz is the director of the Pre-K to 12 educational systems program and a senior policy researcher at the nonprofit, nonpartisan RAND Corporation. Paul T. Hill is the founder of the Center on Reinventing Public Education, and Emeritus professor at the University of Washington Bothell.

This commentary originally appeared on Center on Reinventing Public Education on February 17, 2022. Commentary gives RAND researchers a platform to convey insights based on their professional expertise and often on their peer-reviewed research and analysis.