Not So Quiet on the Southern Front 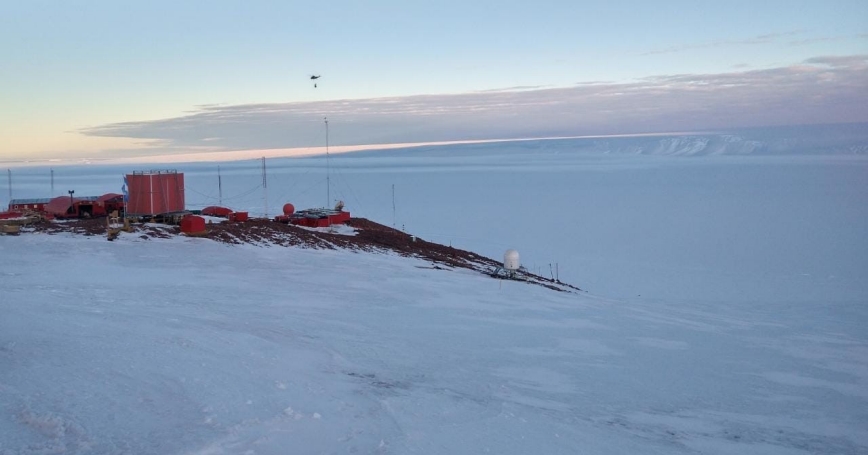 The Argentine Antarctic Robotic Observatory, from where the polar night will be used to study exoplanets and other celestial bodies, February 16, 2022

by Marigold Black and Peter Dortmans

Antarctica, as one of the largest shared spaces on the planet, represents an emerging nexus of geostrategic competition. Australia may have reason to be troubled by this. As a longstanding champion of the Antarctic Treaty System (ATS), and as Antarctica's largest claimant, any fracturing of the status quo could force Australia to reappraise its strategic posture.

For Australia, the discourse on geopolitics in the Antarctic is still relatively immature and is overlaid by emerging tensions with China. This is not unreasonable given China's activities and rhetorical positioning in relation to the Arctic. China has stated plans for a “Polar Silk Road” to be integrated with the country's Belt and Road Initiative and has self-proclaimed status as a “Near-Arctic State (PDF).” It is not hard to envisage it taking a similar approach to the Antarctic.

However, Australia's current obsession with looking at everything though the China lens hides the underlying strategic complexity, with multiple actors seeking to strengthen their position in advance of a potential renegotiation of the ATS in 2048.

Russia's 2021 National Security Strategy identified Antarctica as a strategic priority, and has invested heavily in capabilities and an increased presence. Russia's expanding Antarctic activities can be understood as an extension of Russia's current program of rebuilding its substantial military and economic capabilities in the Arctic, as it develops and deploys specialist equipment to operate in the punishing conditions at the poles.

Outside these usual suspects, Antarctica is on the strategic radar of a diverse cast of other international actors, each with unique aspirations. The overlapping claims of Argentina, Chile and the United Kingdom remain unresolved. How will this play out given Argentina and Chile's deepening relations with China, particularly as the United Kingdom conceives itself an Antarctic great power with a proximate permanent military base on the Falklands Islands?

Antarctica is on the strategic radar of a diverse cast of other international actors, each with unique aspirations.

India is seeking recognition as a global power. As a party to the ATS and a Quad member, it may increase its presence in the region as it seeks a greater international role. India already has several research stations in Antarctica.

And France, largely left out of contemporary discourse despite its long involvement on the Antarctic continent, ties its Antarctic claim with South Pacific and Indian Ocean interests. It collectively calls the territories the French Southern and Antarctic Lands as part of a broader strategy to be an Indo-Pacific power, and as a means to strengthen the extensive fishing rights afforded by their exclusive economic zones.

Such competition of national interests and international power balancing demonstrates that Antarctica warrants closer and more comprehensive analysis. The manoeuvring and positioning that is occurring may be a prelude to Antarctica's revered status as a “shared space” shifting to that of a “contested space”.

If the Antarctic becomes a hub of geopolitical tension, Australia may need to revise its strategic calculus. Certainly, its strategy is largely silent on strategic competition in and around Antarctica. The region did not even rate a mention in the 2020 Defence Strategic Update. Australia's defence capabilities are, for good reason, focused to the north. Nonetheless, Australia may need to reconsider its position. Although it has significant territorial claims, it does not have the capacity (or apparent interest) to develop and deploy capabilities that can protect and defend those claims, or enforce the ATS more generally.

Australia may need to think more deeply about what security means for it in Antarctica. Such an investigation could reveal that this must engage with issues that may not traditionally be prioritised in defence and national security circles, such as how commercial ventures, resource exploitation, environmental considerations, scientific research, and increasing tourism challenge the current precepts of the ATS.

Given its historical links to the Antarctic and its physical proximity, Australia may have a unique responsibility as one of its protectors.

Antarctica asks something unique in understanding its parameters, its place in international affairs, and how affairs are conducted in this space. With no permanent population, the Antarctic requires a different characterisation of sovereignty, one which is not human-centric. Accepted indicators of ownership may no longer be recognised or apply. The Antarctic might be used as a testing ground for bending or breaking international norms.

Fundamentally, the question may come down to how much Australia values its stake in the Antarctic. Given its historical links to the Antarctic and its physical proximity, Australia may have a unique responsibility as one of its protectors. If it is unable, or unwilling, to effectively counter pre-emptive positioning by other more hostile states in the lead-up to the ATS negotiations, Australia may be exposing its southern capitals to heightened security risk. It may also be permitting longstanding international norms regulating Antarctica and its peaceful scientific use and environmental protection to fall by the wayside.

While it might be easy to put off consideration of the ATS until the negotiations commence, others may outmanoeuvre Australia by taking pre-emptive actions aimed at altering the status quo. Some are already advancing their cause. If Australia wants to retain its role, interests, and values, then it could consider developing a coherent strategy for the region.

Marigold Black and Peter Dortmans are researchers at RAND Australia.

This commentary originally appeared on Lowy Institute's Interpreter on February 17, 2022. Commentary gives RAND researchers a platform to convey insights based on their professional expertise and often on their peer-reviewed research and analysis.