A Renewed Nuclear Deal With Iran: Turning Back the Clock? 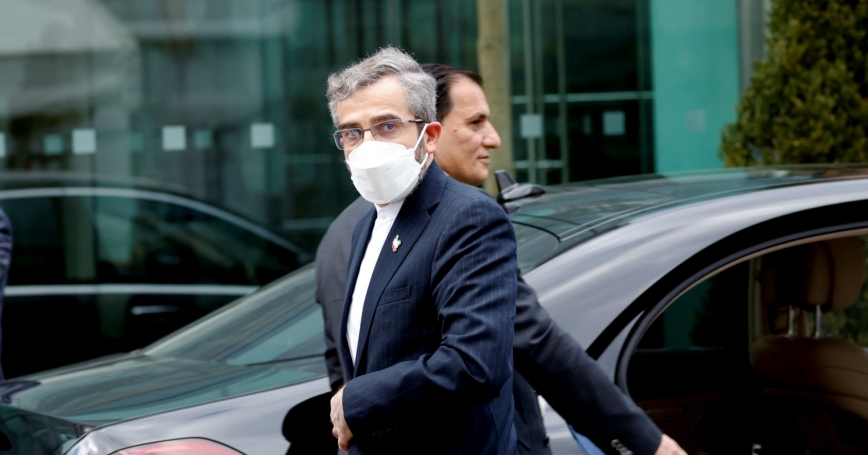 In a parallel universe seemingly far from Russia's invasion of Ukraine, diplomats from Europe, the United States, Russia, China, and Iran are in Vienna feverishly trying to revive the Iran nuclear agreement of 2015, known as the Joint Comprehensive Plan of Action. The plan imposed tough constraints on Iran's nuclear program in exchange for the West's easing some sanctions—but the deal fizzled after the Trump administration's withdrawal in 2018.

Now negotiators in Vienna, motivated to sign a new pact before cooperation with Russia becomes impossible, are grappling with contentious issues like sanctions relief and unresolved investigations into Iran's past nuclear activity at undeclared sites.

Yet even if negotiations succeed, the post-deal environment could be much more unstable than it was seven years ago. There are some important gains to be had, such as renewed limits and inspections on Iran's nuclear program; there are nearly no restraints at all right now. A forum where Russia and the West continue cooperating may also be a bonus. And expanding nuclear nonproliferation agreements seems more critical than ever at a time when Putin has put Russia's nuclear forces on alert.

But if expectations were low about the original deal's ability to transform and stabilize the region, expectations could be even lower this time. Trump's withdrawal from the 2015 deal and the subsequent Iranian nuclear violations and military escalation have altered the region for the worse. Several challenges thus remain even if the Vienna negotiations succeed.

Even if negotiations succeed, the post-deal environment could be much more unstable than it was seven years ago.

First, President Biden's ambitions to achieve a “longer and stronger” deal to build on the 2015 terms seem unrealistic. At this stage, just salvaging the original constraints would be an achievement.

A revived deal might not be what Israeli Prime Minister Naftali Bennett disparages as a “shorter and weaker” deal, which he claims would expire within 2½ years, or in 2025. In reality, many of the constraints in areas including uranium enrichment levels and stockpiling, as well as inspection mechanisms, were set to last up to 15 years; some aspects of the deal were indefinite. A revived deal could meaningfully delay Iran's nuclear progress by more than 2½ years.

But from the start, neither the Biden administration nor the new hard-line Iranian leadership under President Ebrahim Raisi has been in a hurry to negotiate. Both sides face considerable domestic opposition to reviving an agreement.

A revived deal might exclude some important issues such as missiles, which have become a dire military threat on their own even without being linked to nuclear capacities. Had a nuclear agreement been in effect since 2015, perhaps the signatories could now be building on it to address such concerns, rather than starting over.

A second challenge is that Israeli-Iranian escalation may become more difficult to contain this time around. Israel's attacks on Iran and Iranian-aligned groups in Syria have continued and even expanded since 2015. Israel had paused sabotage and assassination attacks once nuclear negotiations started after 2012 on an interim deal. Those attacks remained on pause following the final 2015 accord, but after Trump's withdrawal, Israel's attacks on Iranian nuclear sites resumed, even on the eve of negotiations to revive the deal in April 2021. If Israel does not believe a renewed agreement sufficiently constrains Iran's program, or considers the timeline too short, attacks could continue even if Iran complies.

A third challenge will loom if these talks succeed: There may be no more do-overs. If the next American administration again withdraws from the agreement, or if Iran violates its terms because the provided economic relief is not sufficient, the agreement will almost certainly not be salvaged again. Mistrust could be too high.

Iran may reconsider its stated position to remain a nonnuclear state if it feels it has little to lose by going nuclear and more to gain with a nuclear deterrent.

Iran may reconsider its stated position to remain a nonnuclear state if it feels it has little to lose by going nuclear and more to gain with a nuclear deterrent. The West may be too distracted with global crises and great power competition to expend the political capital to find a way back to the negotiating table. The international community may just accept a status quo of muddling through with Iran as a nuclear threshold state.

None of these futures is particularly appealing. But an even worse future would be to face global volatility like we're seeing today, but with another nuclear-armed state in the Middle East. The reemergence of the Iran nuclear deal should prompt a sigh of relief. But a regional order that is genuinely stable and peaceful remains a distant goal.

Dalia Dassa Kaye is an adjunct political scientist at the nonprofit, nonpartisan RAND Corporation and a senior fellow at the UCLA Burkle Center for International Relations.

This commentary originally appeared on Los Angeles Times on March 4, 2022. Commentary gives RAND researchers a platform to convey insights based on their professional expertise and often on their peer-reviewed research and analysis.