Duty Bound to Disaster: Beware the Imperative in Foreign Policymaking 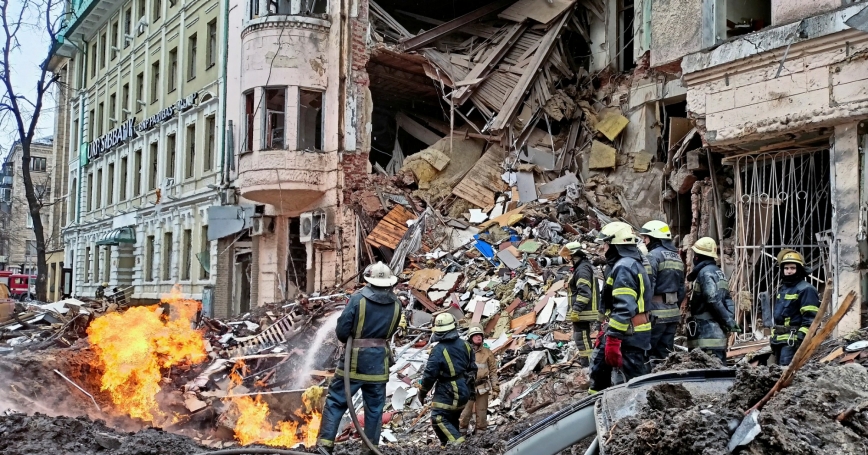 Rescuers work next to a building damaged by Russian air strikes in central Kharkiv, Ukraine, March 14, 2022

The United States is edging closer to what may be the most fateful choice of its modern history: whether to take bolder and more aggressive action to defend a beleaguered people against the world's other major nuclear power. As the brutal Russian invasion of Ukraine grinds on and the humanitarian toll rises, many observers have demanded just such action in increasingly urgent terms. Some of these appeals focus on proposed no-fly zones, some on the idea of shipping MiG-29s to Ukraine. Others represent more general demands for military threats against Russia, or efforts to create humanitarian corridors.

Many of these proposals have been posed in confrontational, even dismissive language, depicting doubters as appeasers and fools. One of the most respected American defense intellectuals, Eliot Cohen, recently mocked the “hand-wringing over escalation” and insisted that Russian President Vladimir Putin will back down if adequately menaced. “We are dealing with an enemy that is vicious but weak,” Cohen claimed, “menacing but deeply fearful, and that is likely to crack long before our side does—if only we have the stomach for doing what needs to be done.” Retired U.S. Air Force Lt. Gen. David Deptula portrayed a United States “frozen in its tracks, fearing Putin's unpredictable wrath.” The journalist David Rothkopf tweeted that anyone proposing an “off-ramp for Putin” should be “ashamed” of themselves…

This commentary originally appeared on War on the Rocks on March 22, 2022. Commentary gives RAND researchers a platform to convey insights based on their professional expertise and often on their peer-reviewed research and analysis.