What Is Continuity of Government, and Why Does It Matter for Ukraine's National Resistance? 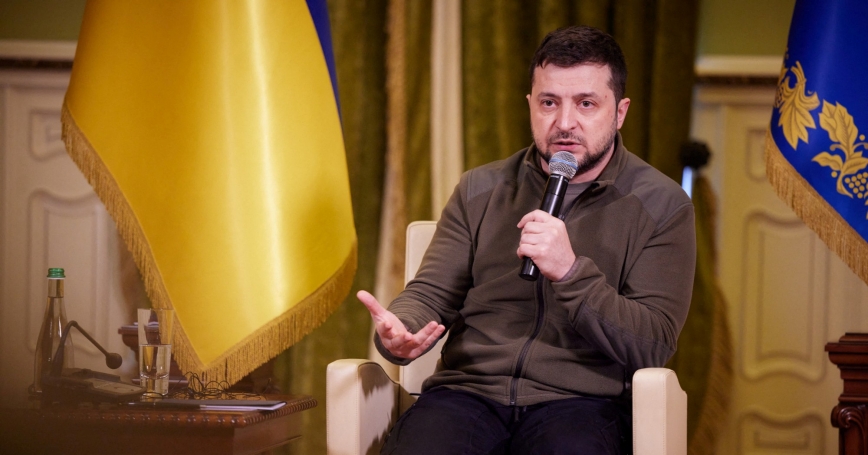 by Marta Kepe and Anika Binnendijk

As Ukraine continues to resist Russian occupation, future-focused planning could help it win a longer-term struggle to protect its legitimate government and deny Russia the political consolidation it seeks. Even if Russia's assault yields further gains in establishing territorial control, Ukraine may still be able to thwart Russia's ability to solidify its political power in Ukraine. In addition to resistance activities by the citizens who remain in Ukraine, ensuring the continuity of Ukraine's democratically elected government could be a means of preserving national sovereignty moving forward.

Ukrainian President Volodymyr Zelensky has stated that he will not leave the capital, even as Kyiv is increasingly encircled, and despite reports of assassination attempts. This is a courageous and powerful decision that has contributed to Ukraine's ability to maintain and increase public support for Ukrainian national resistance in the country and abroad. A longer-term contingency plan is also needed.

U.S. Secretary of State Antony Blinken recently confirmed that Ukraine has plans in place for “what we would call continuity of government one way or another.” The precise details of these plans to protect the safety and security of key members of the government are unknown. However, in addition to safeguarding the physical security of its existing leadership, Ukraine could ensure that it has a clear line of presidential succession beyond top government officials, and that this line of succession is made publicly known as part of the broader resistance strategy.

Because Russia's strategic objectives for invading Ukraine likely include the installation of a more sympathetic regime, delineating continuity in Ukraine's legitimate government, even if the current government is captured or killed, represents a core dimension of national resistance. This also could expand the resilience of Ukraine's democratic governance beyond the vulnerability of any one individual or group and protect a legitimate source of operational leadership and morale for the remaining resistance actors.

Delineating continuity in Ukraine's legitimate government, even if the current government is captured or killed, represents a core dimension of national resistance.

Within the information battlefield, a public announcement of succession plans could deny Russia the ability to mount a convincing information campaign suggesting that its military actions in Ukraine are aimed at removing an illegitimate or undemocratic government. Indeed, a strong emphasis on preserving the established legitimate national government is one of the components that differentiates a national resistance (PDF) movement from an insurgency (which would seek to oppose a government).

Explicitly communicating a plan for leadership succession to the Ukrainian public could also help to ensure that Ukrainian, rather than Russian-chosen leaders gain rapid acceptance from the Ukrainian citizenry, and from the global audience, should a full occupation scenario unfold.

Even if all of Ukraine's territory were controlled by an occupying power, the state could continue its legal existence. The concept of state generally includes having a population, territory, and government. Article 1 of the 1933 Montevideo Convention on the Rights and Duties of States says that, “[t]he state as a person of international law should possess the following qualifications: (a) a permanent population; (b) a defined territory; (c) government; and (d) capacity to enter into relations with the other states.” In the event of the occupation of Kyiv or increasingly larger areas of Ukraine, the Ukrainian population would not have to yield sovereignty over their political and social institutions.

In fact, history offers many examples where governments have continued to operate when displaced to other locations, within its country or in exile, or where a state continues its legal existence with the government gone or with parts or all of the country occupied. During World War II, London hosted seven governments in exile from occupied countries in continental Europe, with other governments taking refuge in countries such as Canada and Australia. After the war some of these governments were able to return to their home countries and resume operations there. The fact that most were already in place prior to the occupation enhanced their legitimacy and helped preserve their national interests as well as the preexisting governance approach and structure. Throughout the war, these governments served as a nucleus for external engagement and advocacy, just as Ukraine's legitimate political leadership could continue to facilitate political and diplomatic support from the West, even under an occupation scenario.

A clear line of succession and an operational government in exile may also be important for the period after the war, and help maintain the pre-war governance structures and legal mechanisms.

A clear line of succession and an operational government in exile may also be important for the period after the war, and help maintain the pre-war governance structures and legal mechanisms. Given long-standing Russian efforts to destabilize (PDF) the Ukrainian political system, a smooth and functional post-war transition and reconstruction could also defy this element of Russian strategy and serve to advance Ukrainian post-conflict resilience and independence. A continued politically legitimate (PDF) government could also help ensure the legitimacy and support for a potential future peace process.

During Russia's 2014 incursion into eastern Ukraine, Russian operatives sought to consolidate political control by seizing government buildings, holding rigged referendums, and ensuring the ascension of pro-Russian figures into local governance structures. Unfortunately, these efforts largely succeeded. Russia's 2022 invasion of Ukraine, though waged on a far more devastating scale, also ultimately centers on Moscow's desire to assert political control. Although Ukraine's military may ultimately be outgunned by its larger eastern neighbor, the Ukrainian government could take steps now to deny Russia its political objectives, while protecting the enduring independence and sovereignty of the Ukrainian state.

Marta Kepe is a senior defense analyst and Anika Binnendijk is a political scientist at the nonprofit, nonpartisan RAND Corporation.