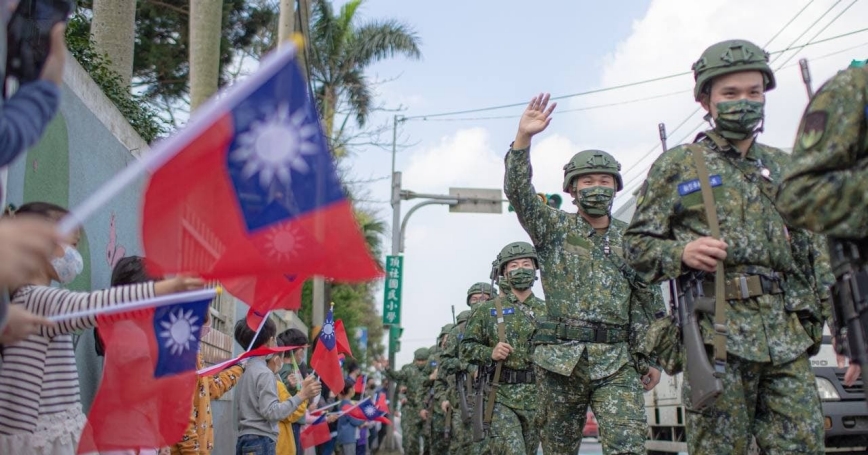 Taiwanese soldiers walk down a street in this undated photo posted to Twitter on March 11, 2022 by Taiwanese President Tsai Ing-wen

Photo courtesy of the Office of the President of Taiwan

Today, Ukraine is the site of a violent struggle between an embattled democracy and a repressive, irredentist, authoritarian regime bent on subduing it. Tomorrow, Taiwan could be the site of a similar clash. Oriana Skylar Mastro is likely correct in arguing that Russia's assault on Ukraine does not presage a Chinese attack on Taiwan. But applying lessons from the current crisis could nonetheless be critical for defending Taiwan in the future.

While the Ukraine invasion is still in its early days, it has already demonstrated how the United States and its allies can prevent a Chinese invasion from becoming the world's next big crisis. Rather than treat a Chinese victory as inevitable, Washington should begin preparing in peacetime to ensure a rapid, coordinated military and economic response to any potential attack. Policymakers in allied states around the region should also prepare for a dramatic refugee crisis, exacerbated by Taiwan's geography. To strengthen these efforts, America and its allies can target intelligence collection to better assess Beijing's intentions while also trying to anticipate the unexpected ways an invasion could reshape the political landscape from Canberra to Tokyo.…

This commentary originally appeared on War on the Rocks on March 17, 2022. Commentary gives RAND researchers a platform to convey insights based on their professional expertise and often on their peer-reviewed research and analysis.