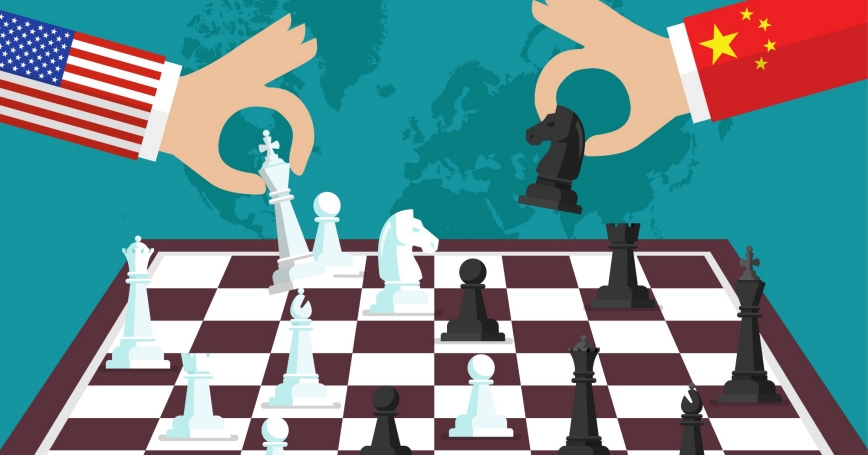 Dr. Wang's book is structured around three major events: the Geneva Conference of 1954, the signing of the U.S.-Taiwan Mutual Defense Treaty in late 1954, and the Bandung Conference in 1956. In each case, China and the United States employed diplomatic strategies such as negotiations, backroom dealmaking, and propaganda to achieve their respective goals. In the Geneva conferences, China succeeded in mobilizing international support in favor of concluding the French war with Vietnam on favorable terms. In the Taiwan Straits Crisis of 1954, China achieved its goal of avoiding war but failed to prevent the signing of a U.S.-Taiwan Mutual Defense Treaty. In the third case, China succeeded in mobilizing international support at the Bandung Conference to frustrate American diplomatic strategies.

Tao Wang's research challenges the conventional wisdom that has tended to dominate studies of the field. Many scholars have treated China's foreign policy in the 1950s as largely reactive owing to fears of external and internal threats. Dr. Wang's book shows, by contrast, that China's decisionmaking was often driven by a clear set of goals aimed at weakening and isolating the adversary. Particularly valuable for defense experts is his analysis of the 1954 Taiwan Straits Crisis. As Wang shows, China's military aims were fairly modest, and Beijing had no intention of invading the island. U.S. officials misjudged the situation and greatly exaggerated the threat posed by China, leading them to deploy major combat forces and threaten nuclear war. This finding casts doubt on the widely held assumption that the episode represented a case of successful U.S. deterrence.

China's decisionmaking was often driven by a clear set of goals aimed at weakening and isolating the adversary.

A related useful contribution is the author's illumination of the misperceptions and misjudgments that permeated the period's history. In the Geneva Conference case study, U.S. decisionmakers misjudged the degree of support that their British and French allies were willing to provide against China, which Beijing deftly exploited to drive wedges between them. Similarly, Mao Zedong misjudged Britain's openness to collaboration when he proposed London align itself with Beijing against Washington to prevent the signing of a U.S.-Taiwan Mutual Defense Treaty in 1954.

Despite these useful contributions, the book's importance is limited by an insufficient analysis of the reasons for the relative successes or failures of the contrasting strategies. Dr. Wang's book implies that for both sides, success owed itself to the pragmatism and shrewdness of relevant strategies. But the power of diplomacy to shape the policies of other countries can be easily exaggerated. International and domestic factors play as critical, or even greater, a role in shaping the policy choices of decisionmakers. Consider a few key features of the tumultuous international situation in the early 1950s. Recovery from the catastrophic World War II had just gotten underway when the Cold War began. The exhausted European colonial powers that had dominated world politics prior to the World Wars had barely begun to rebuild their shattered economies and societies. Sensing their weakness, colonies throughout the world overthrew the dominion of their enfeebled imperial masters. This limited the influence of the European countries and encouraged newly liberated countries to sympathize with anti-imperialist countries like the Soviet Union and China. Moreover, the Soviet Union, having crushed Nazi Germany and overseen an impressive industrialization, was near the height of its powers and had not yet stumbled into the disasters of subsequent years. Similarly, Maoist China, although poor, was also near the height of its prestige, having fought the United States to a stalemate in Korea and routed the Kuomintang in the Chinese civil war. The Mao-led disasters of the Great Leap Forward and Cultural Revolution that irrevocably tarnished the luster of Maoism lay in the future. In short, clever diplomatic strategies may have succeeded so well for China in the 1950s because the moment was so propitious. Once that moment faded, as it inevitably did, diplomatic successes could be expected to be harder to achieve, no matter how clever. Indeed, decades later China found itself fighting its former communist allies, in border clashes with Russia in the 1960s, and the invasion of Vietnam in 1979.

The book's insufficient attention to such factors constrains our ability to draw lessons from Dr. Wang's case studies. This is too bad—such insights could be very relevant today, as China and the United States find each other in another acute rivalry. Taiwan remains a flashpoint, but the South China Sea, technology, and trade have joined the growing list of contentious issues. Competitive diplomacy and geopolitics have risen in importance yet again. But whether either China or the United States can isolate the other is far from clear. China is no longer a weak Third World power, but the second largest economy and a great military power. Many of the countries that sympathized with a poor Mao-led China in the 1950s, such as India and Vietnam, now fear Chinese power, and have instead sought warmer relationships with the United States. Diplomatic strategies matter, but so does context. Finding ways to fuse analysis of diplomatic strategies with other drivers could better illuminate both histories of the Cold War as well as our contemporary situation. Dr. Wang's book provides a valuable contribution, but more work remains to be done on these important topics.

Timothy Heath is a senior international defense researcher at the RAND Corporation.

This commentary originally appeared on Pacific Affairs on April 22, 2022. Commentary gives RAND researchers a platform to convey insights based on their professional expertise and often on their peer-reviewed research and analysis.