How We Might Better Live with Oil in California 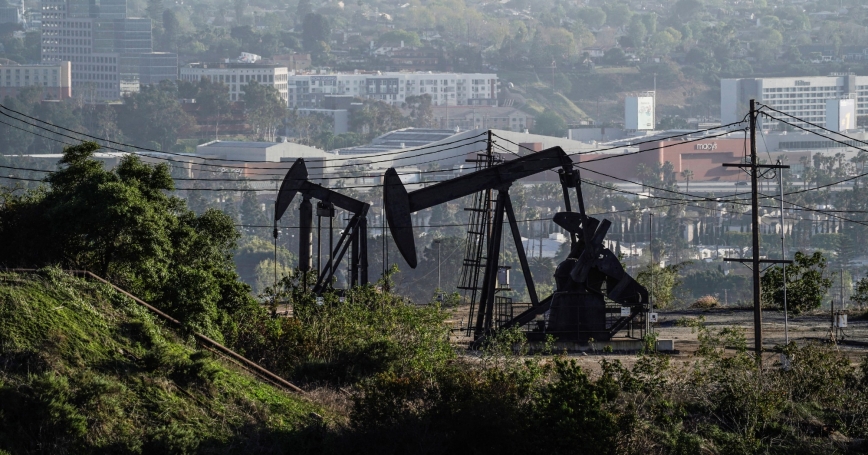 by Jalal Awan and Aaron Clark-Ginsberg

During his speech earlier this month announcing a ban on Russian oil, President Joe Biden also said that United States oil companies were on track for a record year in production and that the oil industry has “9,000 permits to drill now.”

California might, at first, seem above this sudden rush to drill for local oil—what with all its electric cars and solar panels. But it is by many definitions still a petro-state: the nation's seventh largest oil producer, California ranks third in its oil refining capacity and meets over 40% of its energy needs using natural gas.

Oil wells and gas lines leak and spill, and the effects to the communities that surround them are far broader and longer lasting than most people realize. The Gulf Coast's 2010 Deepwater Horizon oil spill, for instance, devastated two industries critical to communities—tourism and fishing—which in turn was associated with a rise in mental health problems along the region. Such problems can persist for years and years after spills, long after cleanup efforts have ceased.

But in many ways events like Deepwater Horizon or, in California, 2015's Aliso Canyon gas leak and the Orange County oil spill last year, are relatively easy to address. They capture the attention of the media, the public, and regulatory agencies. Chronic so-called “silent spills (PDF)” can go unnoticed for decades, and their impacts are felt most by underserved populations.

Oil wells and gas lines leak and spill, and the effects to the communities that surround them are far broader and longer lasting than most people realize.

For instance, a recent study found a connection between exposure to oil and gas well sites and spontaneous preterm births, largely among Hispanic and Black women. Another study looking at birth records from 2006 to 2015 in rural California associated proximity to oil and gas wells with low-birthweight babies and other adverse birth outcomes.

And yet, despite all the risks, the communities that are most affected by drilling, refining, and transport remain largely cut out of the complex system of state and federal decisionmaking that oversees oil and gas permitting. Existing oil and gas leases are largely top-driven and insulated from affected communities in ways that the federal government argues (PDF) are in need of reform.

Such reforms could begin with a revisiting of historic, 100-year-old oil and gas lease structures to ensure community involvement—from the planning stages, to the drilling itself, to long after the well is decommissioned (so-called “idle wells” can release toxic emissions).

There is already a good model for involving communities for local air quality monitoring. In 2018, the state formed the Community Air Protection Program, or CAPP. Although still an experiment-in-progress, the program can be a blueprint for how community-driven process can be used to monitor local pollution and develop mitigation plans.

The Community Air Protection Program uses existing local networks such as the West Oakland Environmental Indicators Project and South L.A.'s Coalition for Clean Air, to serve as a bridge between government air pollution agencies such as the 35 regional air monitoring districts and the California Air Resources Board, to identify local pollution hotspots and tailor community mitigation strategies. For instance, the Coalition for Clean Air installs low-cost air quality sensors at community volunteers residences to identify particulate matter emissions spikes, such as from gas flaring at ExxonMobil's nearby oil refinery.

The statutory authority that oversees oil and gas operations in the state, the California State Lands Commission, could learn from the Community Air Protection Program. It could enact regulations to give communities living near oil and gas wells training and tools to help local agencies identify leaks and spills—crowd-sourcing leak detection before it becomes a larger-scale problem.

Reshaping the current top-down structure for regulating oil operations to include a community-led process for monitoring, identification, and development of mitigation solutions can not only empower local communities, but also help agencies and companies stave off costly and deadly disasters. As California grapples with the question of balancing environmental stewardship with the recent renewed focus on “local oil,” lawmakers could look to local communities for the best answers to avoid future petro-disasters.

Jalal Awan is an assistant policy researcher at the nonprofit, nonpartisan RAND Corporation and an energy and climate policy consultant at The Utility Reform Network (TURN). Aaron-Clark Ginsberg is a social scientist at RAND and a professor of policy analysis at Pardee RAND Graduate School who is researching how to govern crises, including oil and gas disasters.

This commentary originally appeared on CalMatters on March 31, 2022. Commentary gives RAND researchers a platform to convey insights based on their professional expertise and often on their peer-reviewed research and analysis.