The Day Before the Revolution 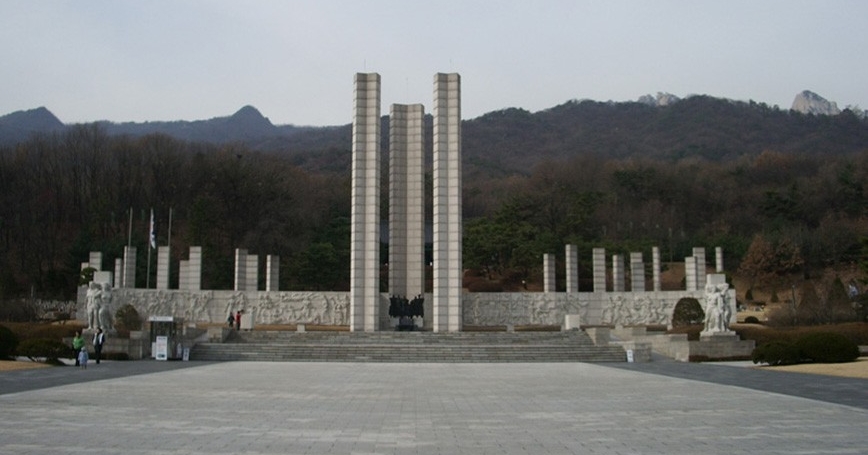 April 19 is synonymous in Korea with democracy. Mass demonstrations that day in 1960 led to the collapse of the increasingly corrupt Syngman Rhee government. Today, histories of Korea's democratization movement commemorate the April Revolution as the nation's first mass struggle for democracy.

But the immediate spark to the April Revolution came the day before. Revisiting what transpired on April 18 gives some perspective on the famous rallies that followed—and also points to some surprising connections.

In advance of the presidential and vice-presidential election of March 15, 1960, plans to rig the election in favor of Rhee and his vice-president, Lee Ki-bung, had been leaked. The brazen plans to buy votes, stuff ballot boxes, intimidate voters, and help the dead vote for the right candidates prompted fury. Police violence in response to the demonstrations only fueled indignation. Rallies grew. They did not cease after the election, when Rhee and Lee were declared winners by overwhelming margins.

On April 18, Korea University students had participated in demonstrations. On the way back to their dormitories, they came under attack. In dramatic scenes, hoodlums carrying primitive weapons launched an assault on the students.

Revisiting what transpired on April 18 gives some perspective on the famous rallies that followed—and also points to some surprising connections.

The assailants were led by a man named Yu Ji-gwang. He was a deputy thug leader in the markets at Dongdaemun. Yu's group had an arrangement with the Liberal Party, the vehicle for Syngman Rhee's efforts to remain in power.

Yu's boss was a man called Lee Jeong-jae. Lee was a link between the Liberal Party and the Dongdaemun gang, which sometimes called itself a patriotic or anticommunist organization. Lee had once prepared an election campaign in his native county of Icheon, a rice basket southeast of Seoul. He had even hired a truck to travel the county playing a children's song about him. Lee pulled out of the race later only because Lee Ki-bung, Rhee's deputy, was looking for a district to contest.

The connections between the Liberal Party and Lee Jeong-jae went back to a few years earlier. The Liberal Party had linked up with Lee to press down other politicians. They had interrupted party rallies and meetings. Then in 1957, at a rally led by independent and Democratic Party politicians, they came into public view.

As the prominent opposition figure Cho Byeong-ok was speaking, over 40 of Yu Ji-gwang's subordinates caused chaos, shutting down the event. Some dumped petrol on an amplifier and set it alight.

The next day, Koreans opened their newspapers to see the shocking images. A month later, readers found a new term in the newspapers, the political gangster, or jeongchi kkangpae. The term came to be used regularly in the following years to refer to the groups of ruffians who worked for the Liberal Party.

By 1960, the Liberal Party's cavorting with thugs was among the major grievances against Rhee's rule. Punishing those involved in the connection between thugs and politicians became a point of emphasis once a military junta seized power in May the following year. Within a week of the coup, the new authorities paraded Lee Jeong-jae and others through central Seoul.

By the end of the year, Lee was hanged. Two others involved in the episode on 18 April 1960 were also executed—Lee's colleague Im Hwa-su and a security officer for Rhee, Kwak Yeong-ju. The new regime made its point—it was on the side of solving the problem, not letting it fester.

Yu survived the cull. He later wrote books about his experiences in the last few years of the Syngman Rhee government. Yu's depictions romanticized gang life, guided as it was to duty, or yi, for one's seniors.

Yu's boss, Lee Jeong-jae, did not have the opportunity to romanticize his story. In later dramatizations, Yi was portrayed as a villain. I tracked down his grave, located behind a restaurant in Icheon. On one face, the tombstone has the single character, yi, for duty. In death, he appealed to the code of loyalty—never mind what loyalty was deployed for.

Political gangsters like Yi and Yu are long gone. But there is an interesting legacy. The birth of the political gangster also gave us the word kkangpae, or gangster. Previously, thugs had been known by a variety of other colorful terms like fists or shoulders. But the kkangpae—a word that is taken partly from the English “gang”—was brand new in June 1957.

Gangsters have gone on to have other reputations, in reality and in popular culture depictions. But the kkangpae was originally a political figure.

Erik Mobrand is the Korea policy chair and a senior political scientist at the nonprofit, nonpartisan RAND Corporation.

This commentary originally appeared on Korea JoongAng Daily on April 20, 2022. Commentary gives RAND researchers a platform to convey insights based on their professional expertise and often on their peer-reviewed research and analysis.