How Could the United States Incentivize Investors to Decarbonize the Economy? 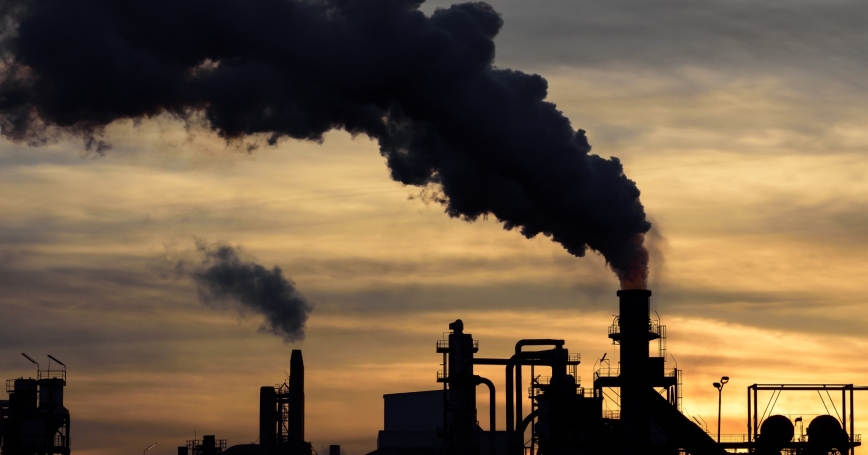 The U.S. Securities and Exchange Commission (SEC) last month proposed (PDF) requiring publicly traded companies to disclose their climate-related risks and greenhouse gas emissions. If the proposal is enacted, companies might have to hire third-party auditors to verify emissions not just from their own operations, but also from supply chains and customers' end use.

The SEC wants this transparency and consistency in reporting so that investors might make risk-informed decisions. The information would allow investors to direct capital away from products and services that are carbon-intensive or at risk of damage from climate change impacts. While there are plenty of objections, if this goes through it might over time shift billions toward firms that are helping reduce climate change or making moves toward becoming net-zero emitters themselves. Mandatory disclosures also could reduce greenwashing and opportunistic marketing.

The SEC proposal comes on the heels of the Biden administration's goal to reduce greenhouse gas emissions by 50 percent from 2005 levels by 2030 and Russia's invasion of Ukraine, which has destabilized energy markets. It also, ironically, follows Sarah Bloom Raskin's withdrawal from consideration of her nomination to the Federal Reserve Board after her comments—that the Fed take the economic risks of climate change into account when setting monetary policy—rankled too many senators on the Banking Committee.

The SEC wants this transparency and consistency in reporting so that investors might make risk-informed decisions.

Estimates of the cost to mitigate climate change are staggering. Morgan Stanley placed the figure at $50 trillion by 2050. An earlier estimate (PDF) by the United Nations Environment Programme (UNEP), the New Climate Economy, and others predicted a necessary $90 trillion in total infrastructure investments between 2015 and 2030 alone. A more recent analysis by McKinsey & Co. suggests the need of additional $3.5 trillion per year of investments on physical assets to achieve net zero emissions through 2050.

Thus, while mandatory climate-related disclosure may improve information and decisionmaking for investors, it alone is unlikely to accelerate investment in decarbonization at the rate that the UN's Intergovernmental Panel on Climate Change (IPCC) says is required. To motivate private investment in climate mitigation, policymakers will have to explore additional policies.

If policymakers were to choose to align several financial, monetary, fiscal, and macroprudential policies into a framework, that might bolster financial participation in decarbonization.

Examples of policies worth further research include:

Bonds: Tax exemptions for green bonds, similar to those for municipal bonds, would increase returns on projects and could possibly bring benefits to both issuers and investors.

On its own, no single approach will be enough to make significant investment gains toward a decarbonized economy.

Carbon Pricing: In such regulated carbon markets, emitters pay for costs with a cap-and-trade mechanism or carbon tax.

On its own, no single approach will be enough to make significant investment gains toward a decarbonized economy. But a framework of policies (financial, fiscal, monetary, macro-prudential) that amplify one another could mobilize private investment toward meeting emissions goals more quickly and effectively than just climate-related disclosures.

Ismael Arciniegas Rueda is a senior economist at the nonprofit, nonpartisan RAND Corporation and a professor of public policy at the Pardee RAND Graduate School. He has over 20 years of experience in the energy industry. Nihar Chhatiawala is a doctoral student at the Pardee RAND Graduate School and assistant policy researcher at RAND. Mark Stalczynski is a quantitative analyst at RAND.

This commentary originally appeared on The Hill on May 11, 2022. Commentary gives RAND researchers a platform to convey insights based on their professional expertise and often on their peer-reviewed research and analysis.