Is a Recession Coming? A Key Indicator Is Also the King of Mixed Messages 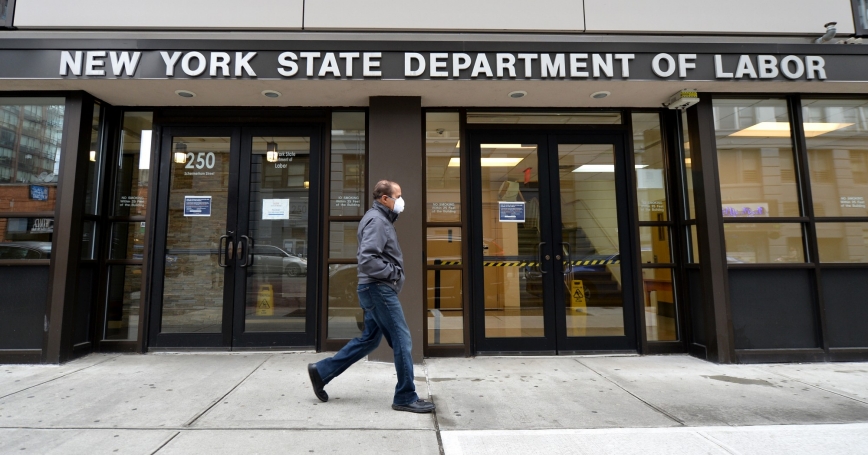 Will inflation—or efforts to tame it—lead to a recession in the United States? When such fears arise, people start paying a lot of attention to weekly unemployment-insurance claims, as an early indicator of layoffs that could augur a broader slump.

They should be careful. Unemployment claims are a flawed gauge that may be particularly skewed by the pandemic.

Unemployment benefits go only to those who meet certain criteria: They must be jobless through no fault of their own, have sufficient work history, and be willing and able to work. Over the past 70 years, the share of the unemployed who actually receive payments has decreased from about half to about a third, even as the share of job losers (as opposed to quitters) has increased.

Why the decline? As opposed to Social Security, which is run by the federal government, unemployment insurance is administered at the state level. To ensure adequate funds, states must impose a tax that businesses dislike, in part because it increases with the number of former employees who successfully file claims. Reluctant to raise taxes, officials often chose instead to reduce benefits and limit access. Before the pandemic, most unemployed workers never even bothered to apply.

The year 2020 was like a vast public awareness campaign for unemployment insurance. Unprecedented numbers of furloughed and laid-off workers filed for benefits.

That all changed when the coronavirus arrived, throwing 22 million people out of work. Congress—which had made two failed attempts at reform over the years—quickly passed the Cares Act, expanding eligibility and adding $600 to weekly payments. The year 2020 was like a vast public awareness campaign for unemployment insurance. Unprecedented numbers of furloughed and laid-off workers filed for benefits.

The question now: How will that experience affect people's likelihood to seek benefits in any new downturn? If they know people who applied successfully in 2020, maybe they'll be more likely to give it a try, so that a bump in layoffs will generate more claims than economists are used to seeing. Or maybe they'll be put off by the memory of long lines, futile phone calls, crashed computer systems, interminable appeals, calculation errors, and constant uncertainty about the size and duration of benefits—in which case claims will be muted. Or maybe they'll revert to pre-pandemic habits and assume that they won't qualify. How many workers, for example, can be expected to parse the minimum earnings requirement, which is different in every state?

So don't read too much into the weekly unemployment-claims data. What they signal depends heavily on how the pandemic affected worker psychology. Their only consistent message is that the program has been allowed to erode far too much over time.

This commentary originally appeared on Bloomberg on May 27, 2022. Commentary gives RAND researchers a platform to convey insights based on their professional expertise and often on their peer-reviewed research and analysis.