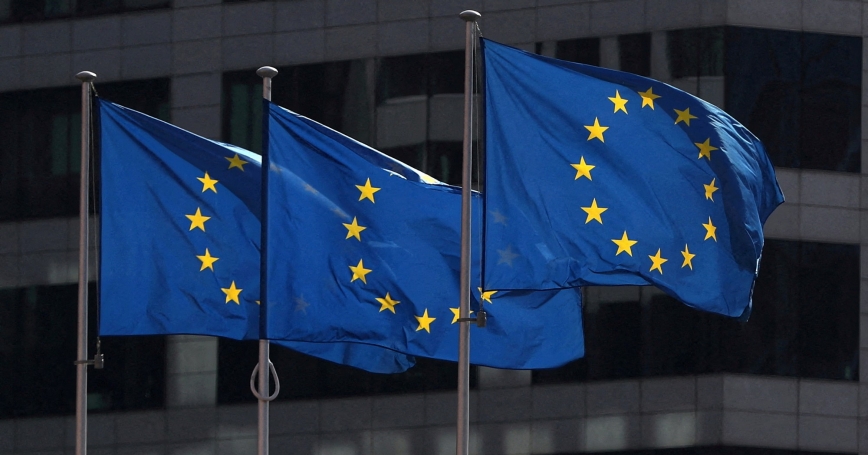 by Lucia Retter and Stephanie Pezard

The war in Ukraine has laid bare Europe's reliance on NATO and the United States—and to some degree the UK—as guarantors of its security. All are sending military aid to Ukraine, as well as soldiers to reinforce NATO's presence on the continent. Sweden and Finland are poised to join NATO soon. French President Emmanuel Macron's comment that “we are currently experiencing the brain death of NATO,” which came at a time of U.S. retrenchment from European security in 2019, feels a lifetime ago now.

However, the EU is also rising as a significant security and defence actor. Russia's invasion of Ukraine—and the resulting widespread destruction, tens of thousands of deaths, millions of refugees, possible war crimes, and closely averted nuclear disaster—is forcing European nations to quickly re-evaluate how best to maintain their collective security. This makes the concept of European “strategic autonomy,” which refers to the EU's increased ability to operate independently and with partners of choice on defence and security matters, more relevant than ever.

Between February and April, the European Council adopted successive assistance measures under the European Peace Facility that amount to €1.5 billion and include—in a first for the EPF—lethal military equipment. The ability of the 27 EU members to agree quickly on these key decisions shows that, when there is a common understanding of the threat, the notion of European defence becomes concrete and effective.

These measures also put into action the words of the EU Strategic Compass—a document published in March laying out the strategic ambitions of the EU in matters of defence and security. The Strategic Compass noted the EU's “unprecedented resolve to uphold the principles of the U.N. Charter and restoration of peace in Europe.” It also articulated the EU's ambition to make a “quantum leap forward and increase our capacity and willingness to act, strengthen our resilience, and ensure solidarity and mutual assistance” in the face of an increasingly hostile security environment.

When there is a common understanding of the threat, the notion of European defence becomes concrete and effective.

Those advocating for European strategic autonomy are finding their position strengthened by energy shortages, food security concerns, and other economic impacts from the Ukraine war. The French presidency of the Council of the EU through July and Emmanuel Macron's recent re-election also might help the cause.

At the same time, European strategic autonomy still has its share of sceptics. The concept suffers first and foremost from ambiguity: its precise scope and definition remain subject to debate. The term means different things to different EU member states (and allies), and further varies depending by strategic area. Opponents to European strategic autonomy have also expressed concerns that this concept could create a rift between Europe and the United States.

The EU's response to the war in Ukraine shows that there is space for a European security provider in addition to NATO. In fact, this is a case where more might be better, and competition irrelevant. The Strategic Compass recognises NATO as the “foundation of collective defence for the EU members,” while in the same breath acknowledges the need for the EU to do more to secure peace on the continent and in its neighbourhood.

A 2021 RAND study interviewed experts on three hypothetical futures for European strategic autonomy to analyse how this might best work. The study concluded that the clearest benefits for Europeans and their transatlantic allies are associated with an EU whose members' military capabilities are modernised and ready for deployment in support of EU as well as NATO objectives. These objectives should be as complementary and aligned as possible.

The clearest benefits for Europeans and their transatlantic allies are associated with an EU whose members' military capabilities are modernised and ready for deployment.

More than strategic autonomy, then, the key issue is complementarity. How can the unique qualities and capabilities of NATO and the EU work together to provide an effective and comprehensive defence of European borders and values?

There are many practical ways toward greater complementarity. Those outlined in the Strategic Compass are a strong start: enhancing military mobility; investing in strategic enablers (e.g. in air-to-air refuelling, strategic reconnaissance; and enhancing the EU's role in maritime security, especially in the Mediterranean). RAND's study also recommended continued dialogue at all levels among EU and U.S. partners, as well as efforts to produce a clearer understanding of EU ambition and agreement on threats and areas of responsibility.

There will be many practical challenges in terms of information exchange between EU institutions and NATO, as well as tensions with some non-EU NATO members. But EU-NATO complementarity is necessary if Europe is to increasingly take on more responsibilities in matters of defence and security.

Lucia Retter is a research leader in defence and security at RAND Europe and Stephanie Pezard is a senior political scientist at the nonprofit RAND Corporation.

This commentary originally appeared on Euractiv on May 20, 2022. Commentary gives RAND researchers a platform to convey insights based on their professional expertise and often on their peer-reviewed research and analysis.