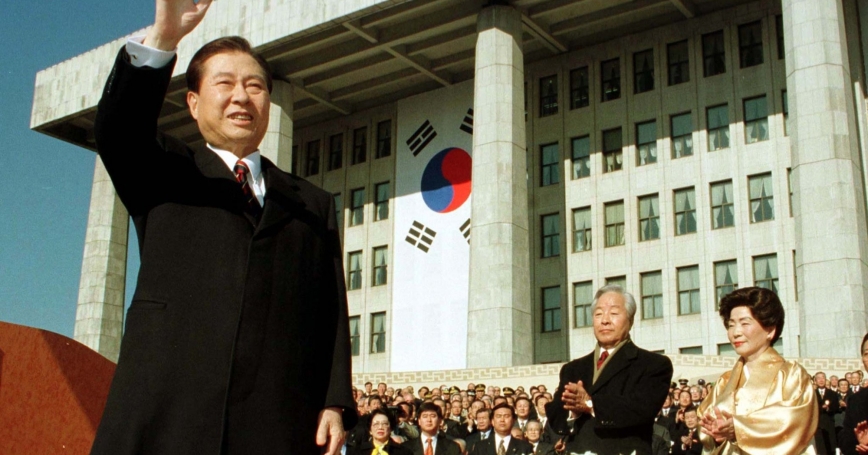 Almost 25 years ago, Kim Dae-jung was inaugurated as president of South Korea. In his inaugural address, he defined three amazingly prescient principles for Korean Peninsula peace and security:

First, we will never tolerate armed provocations of any kind.

Second, we do not have any intention to harm or absorb North Korea.

Third, we will actively pursue reconciliation and cooperation between the South and the North beginning with those areas which can be most easily agreed upon.

These principles provided a strong framework for peninsula security, governance, and cooperation, though requiring some substantive adjustments to be appropriate now and in the coming years. How might these principles be adjusted to manage today's changing North Korean threats and the Korean security environment?

On the first principle, in the late-1990s and early-2000s, the South developed its military power to defeat the types of armed provocations that Kim Dae-jung sought to deter.

The ancient Roman general Vegetius explained this kind of deterrence by saying: If you want peace, prepare for war.

If North Korea feels that the South is so strong that the North's provocations will fail, it will avoid such provocations.

Which is to say that if North Korea feels that the South is so strong that the North's provocations will fail, it will avoid such provocations. Deterrence should hold when the North perceives that the gain it seeks from a provocation will be exceeded by the cost the South can impose in response. This is consistent with President-elect Yoon's election campaign that advocated “peace through strength.”

In the last 25 years, three major peninsula security conditions have changed that require an adjustment to the first principle.

First, North Korea shifted to provocations of missile and nuclear weapon tests, against which South Korea and the United States perceive that a military response is too escalatory.

Second, North Korea has fielded a significant nuclear weapons force—perhaps 50 nuclear weapons and growing—arguing that these are needed to deter South Korean and U.S. aggression against the North. This growing nuclear weapon threat is posing a severe threat against fixed facilities like cities and airfields in the South, Japan, and eventually the United States, a threat that is becoming existential.

Third, the number of active-duty South Korean Army personnel has declined from 560,000 in 1998 to probably about 370,000 today and will continue declining through 2027 or so. The South may need to develop strategies and pursue capabilities to manage all three of these changes.

The irony is that even with a small nuclear weapon force, say 20 nuclear weapons, North Korea could achieve its deterrence objective. But North Korea's continued building of nuclear weapons is forcing South Korea and the United States to respond with strategy and capabilities that actually make North Korea less rather than more secure. Lacking experience with nuclear weapons, the North may have taken its ally Russia's advice that more force is always better, not realizing that Russia is having trouble understanding current day warfare.

North Korea's continued building of nuclear weapons is forcing South Korea and the United States to respond with strategy and capabilities that actually make North Korea less rather than more secure.

While many in both Koreas speak yearningly for unification, there is reportedly a tendency in North Korea to characterize unification (PDF) as North Korea controlling the South, while the North expects that South Korea seeks to control the North. In the coming years, the South and North may consider unification “baby steps” that are more cultural, in which they strengthen South/North Korean cultural ties in areas such as the arts.

And this bridges to the third principle. For three years, North Korea has refused to meet and negotiate with either South Korea or the United States. It is therefore time that South Korea and the United States start taking the initiative on peninsula cooperation and reconciliation. The South/United States could formulate the terms of a generous but limited “carrots and sticks” agreement, to demonstrate their lack of hostility toward the North, and their willingness to help.

This agreement could offer a variety of incentives to the North such as, just for example, 3 million doses of the Pfizer and Moderna COVID-19 vaccines, 10 kilograms of rice for every North Korean, graduate school academic opportunities to help Kim Jong-un in his objective to raise a generation of North Korean scholars with international reputations, and some relaxation of textile sanctions (coordinated with the United Nations).

The South and United States could demonstrate their good will by asking in return for only modest actions by the North such as an expert inspection of the presumed Kangson uranium enrichment facility and of the KN-23 (Iskander-like) ballistic missile. An offer like this could be highly attractive to many senior North Korean elites and North Korean common people, making it difficult for Kim Jong-un to turn down. In case he does, the South/United States could be prepared with a “sticks” counter like interdicting at sea banned North Korean exports, such as coal on North Korean ships, and seizing those ships.

In sum the three principles might be changed to:

First, we will deter North Korean provocations and attacks of any kind by preparing to vanquish them if necessary.

Second, we have no intention to harm or absorb North Korea and will demonstrate the falsehood of North Korean regime claims of South and U.S. hostility.

Third, we will actively propose means for reconciliation and cooperation between the South and North.

In short, South Korea might choose to seek peace through building and actively employing strength and foresight in its alliance with the United States, seizing the initiative on peninsula relations back from North Korea.

Bruce W. Bennett is an adjunct international/defense researcher at the nonprofit, nonpartisan RAND Corporation and Kim Young-jun is a professor at the Korean National Defense University.

This commentary originally appeared on The Korea Times on May 20, 2022. Commentary gives RAND researchers a platform to convey insights based on their professional expertise and often on their peer-reviewed research and analysis.