'Truth Decay' in Europe Is Real, but Its Advance Can Be Slowed 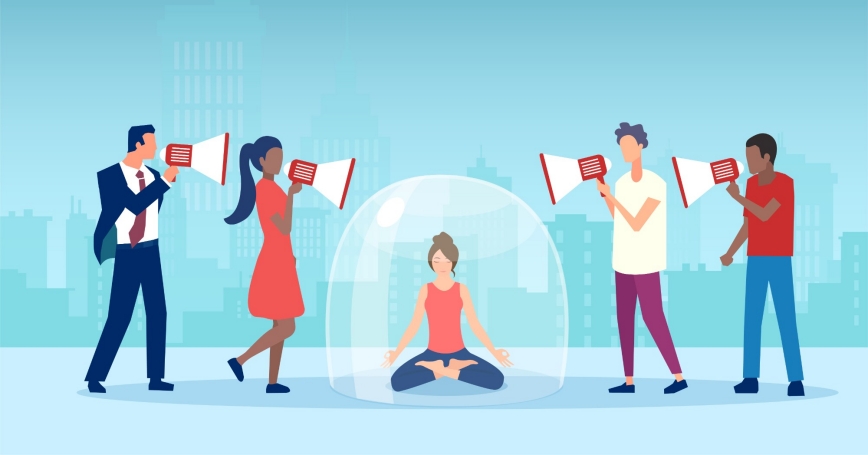 by Axelle Devaux and Stijn Hoorens

Disagreement about facts and objective data is regarded as a core trend of a phenomenon called 'Truth Decay' by the RAND Corporation. In the 2018 study, researchers at RAND noted that the role of facts and analysis in American public life is diminishing and warned of its consequences: the erosion of civil discourse, political paralysis, alienation, and disengagement of individuals from political and civic institutions.

This 'decay' poses a potential threat to democracy and democratic processes. Meaningful discourse in societies should be based on trusted and reliable facts. If there is no meaningful discourse, good policy solutions become difficult to achieve. If proposed solutions are not based on facts, it makes it difficult to arrive at fact-based policy solutions that address the key issues at hand.

RAND Europe researchers undertook a systematic analysis, similar to that of the original study, and turned the spotlight on Europe, asking whether there is evidence for the trends, drivers, and consequences of Truth Decay on the other side of the Atlantic. And, if any, how that evidence compares with what was found in the United States.

For us researchers, and as citizens of the world who are active on social media, it was not surprising to find that key trends of Truth Decay are occurring in Europe. For example, there is an increasing disagreement about facts and data, a blurring of the line between opinion and fact, and a declining trust in formerly respected sources of information. Disinformation makes it easier to cast doubt on everything that audiences see and hear online. It is a tool being used by state actors, for instance by Russia to confuse the truth about events in Ukraine.

What Drives Truth Decay in Europe?

The main drivers of these trends in Europe are, as in the United States, mental habits or cognitive biases that affect how people process and interpret information, which have in turn been heightened by changes in the media business model and the way people access information, such as the rise of social media as a major source of information.

In countries that are characterised by a high level of political polarisation, the trust gap between groups that hold different political views in terms of their trust in the media also tends to be larger.

A further driver, polarisation, is crucial in explaining the differences between Truth Decay in the United States and Europe. In countries that are characterised by a high level of political polarisation, the trust gap between groups that hold different political views in terms of their trust in the media also tends to be larger. This causal mechanism was illustrated by the Brexit referendum, when overall trust in the media among Brits dropped considerably in the aftermath of the intense referendum campaign.

There is evidence that polarisation across different dimensions has been increasing in Europe. But this factor is not visible in all European countries and is nowhere near the level identified in the United States, where polarisation has shown to act as a major catalyst for a declining trust in sources of objective information.

Though present in Europe, the evidence suggests that trends of Truth Decay are not as widespread or as pronounced as in the United States, which means there is still time for policymakers to intervene and limit their growth. Several options could prevent the issue from following a similar trajectory.

First, policymakers could invest in media literacy skills to help people become less vulnerable to cognitive biases in processing information, particularly when using online social media. It would also make it easier for users to distinguish fact and opinion.

Education systems across Europe are a necessary part of the solution. Critical thinking skills and civic education for students have traditionally been part of school curricula in most European countries and there is evidence that media literacy education can be effective in school settings.

A second priority could be to ensure that the European news media sector has alternative business models to avoid a disproportionate reliance on advertising and single-issue sales. A healthy democracy thrives by independent and high-quality journalism to hold leaders to account. Public subsidies for the sector conditioned by pledges for quality journalism could contribute to guarding the sector against Truth Decay and allow it to compete with the proliferation of social media platforms available online. By supporting the news media to not rely on advertising alone or push sensational content to optimise audiences and revenues, policymakers would contribute to fighting Truth Decay.

It is vital that policymakers in Europe acknowledge the threat that Truth Decay could pose, and monitor and assess the issue.

Third, it is vital that policymakers in Europe acknowledge the threat that Truth Decay could pose, and monitor and assess the issue. Pursuing research to better understand Truth Decay in several areas would be beneficial. This includes examining the extent to which the Truth Decay framework applies at country level in Europe, exploring in depth certain aspects of the drivers, such as disinformation, the role of certain agents, such as individuals, and the possible consequences of Truth Decay in Europe. This could also contribute to restoring trust in the institutions responsible for evidence and facts.

Though Truth Decay does not happen at the same scale as is the case in the United States, it is real in Europe. There is still time to act and room for intervention. In this case, the more accurate information we have on Truth Decay in Europe, the better to help people guard against it.

This commentary originally appeared on Encompass on May 17, 2022. Commentary gives RAND researchers a platform to convey insights based on their professional expertise and often on their peer-reviewed research and analysis.