What Chesa Boudin's Replacement Can Do About Open-Air Drug Dealing 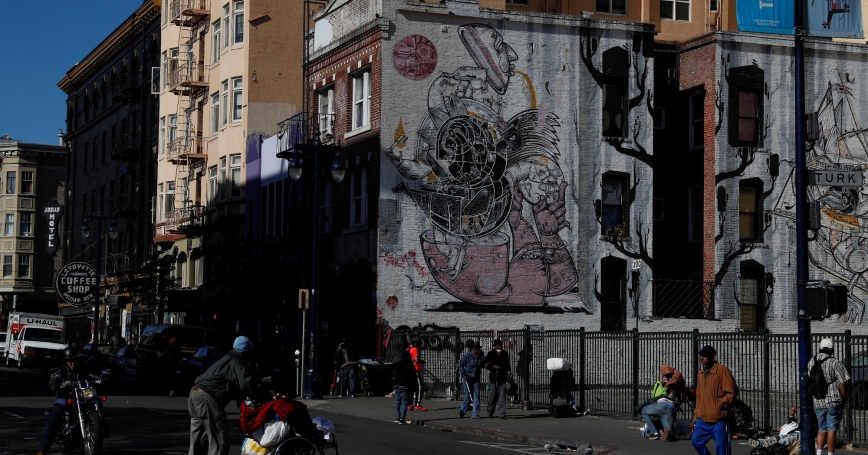 With the passage of Proposition H, San Francisco Mayor London Breed will soon appoint a new district attorney. That person will have a long to-do list—but addressing open-air drug selling around the Tenderloin should be near the top.

Drug dealing has been an enduring problem in the Tenderloin and surrounding areas, but the situation has gotten worse with the emergence of illegally manufactured fentanyl. Open-air dealing not only reduces the quality of life for people who live and work in these neighborhoods, it can make them feel like second-class citizens.

What is happening around the Tenderloin would not be tolerated in other parts of San Francisco.

In late 2019, the Board of Supervisors appointed 12 people to serve on a Street-level Drug Dealing Task Force. It included representatives from the San Francisco Police Department as well as the offices of the district attorney and public defender. It also included nine community members with diverse backgrounds and perspectives.

I was a nonvoting facilitator of this task force.

After more than a year of meetings and deliberations, a majority of task force members supported six recommendations (PDF), such as providing access to drug treatment 24/7, opening multiple supervised consumption sites and improving public safety responses. While not everyone who voted for the package fully supported all six ideas, they believed the entire package should be given a reasonable chance to succeed.

In the aftermath of our report, however, our ideas were mostly shelved.

The bulk of the research suggests that swift and certain sanctions are more likely to deter someone from committing a crime than long prison sentences.

Based on this experience and my engagement with Tenderloin residents during the process as well as my own research on drug markets in other places, I offer three ideas for the next district attorney:

To start, it would seem worthwhile to be transparent about what happens after an arrest for drug sales or possession with intent to distribute. How many people are spending time in jail and for how long? How many ultimately have their case dismissed? What are the demographic characteristics of these arrestees? What drugs were they caught with and how much?

Without this information, policy decisions will continue to be based on anecdotes and it will be difficult to evaluate if new approaches are effective.

The dealers also need to know what the sanctions will be. This should not be a secret.

The district attorney cannot do this alone, of course. It would also require obtaining arrest information from the police as well as jail data from the Sheriff's Department. There would be up-front costs to merging these data, but our task force did some analyses that could serve as a template. If such a process was set up, it should not be hard to produce monthly reports for the public.

Second, the district attorney should thoughtfully reconsider the consequences for dealing. The task force did not call for long, harsh sentences, but the package of recommendations suggested that “individuals without substance use disorders who are convicted for dealing multiple times should be subject to consistent, meaningful, and transparent consequences, and offered services that are designed to reduce recidivism during and after any time in jail.”

The bulk of the research suggests that swift and certain sanctions are more likely to deter someone from committing a crime than long prison sentences.

Finally, sustained success in reducing the impact of open-air drug markets often requires collaboration between prosecutors, police and the community. Arresting and convicting dealers without a collaborative strategy usually doesn't make a lasting difference, and unannounced crackdowns can sometimes be traumatic and potentially dangerous for community members.

Supply-side, deterrence-based approaches like Drug Market Intervention (PDF) from the National Network for Safe Communities wouldn't necessarily decrease the number of individuals using drugs—but they can help reduce flagrant dealing on the street, which would be a big win for those who live and work in the Tenderloin.

The district attorney alone cannot solve the myriad problems facing the Tenderloin. This is an all-hands-on-deck situation. Indeed, if the district attorney does take actions that could reduce drug supply, even if temporarily, there should be coordination with service providers to make sure treatment is immediately available to those who seek it.

As in other parts of San Francisco, the residents and workers of the Tenderloin deserve to be able to walk down the street without passing dozens of dealers selling fentanyl and other drugs. The next district attorney could play a pivotal role in making this aspiration a reality.

Beau Kilmer is the McCauley Chair in Drug Policy Innovation and director of the Drug Policy Research Center at the nonprofit, nonpartisan RAND Corporation. He also served as a facilitator for San Francisco's Street-Level Drug Dealing Task Force.

This commentary originally appeared on San Francisco Chronicle on June 9, 2022. Commentary gives RAND researchers a platform to convey insights based on their professional expertise and often on their peer-reviewed research and analysis.