What Support Do Officers Need to Perform at Their Peak? 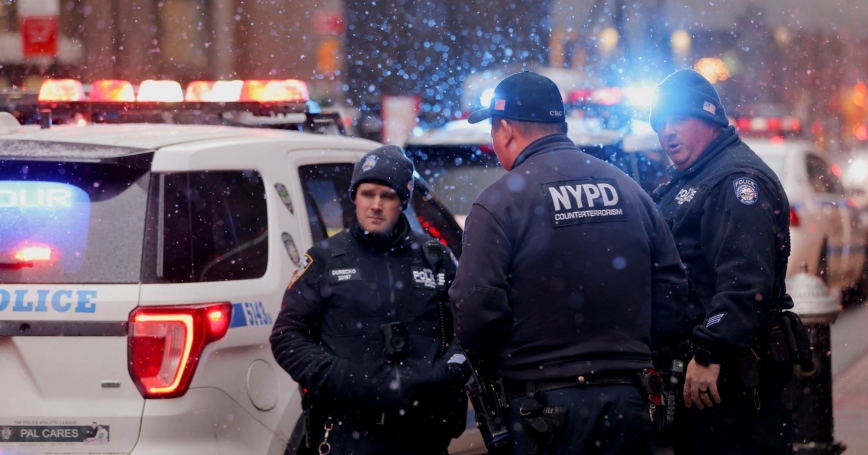 Members of the NYPD gather at the entrance of the Museum of Modern Art after an alleged multiple stabbing incident, in New York, March 12, 2022

In September 2020, Police1 conducted its first annual State of the Industry Survey. The second annual survey on “What Cops Want,” conducted in December 2021, shows both major strengths and substantial challenges in the profession.

As a key strength, a majority of cops chose policing as a career to help people. Not only that, but most also say that serving the community is the most satisfying thing about their job. Overall job satisfaction, as will be discussed, is much higher than might be expected given what's routinely in the news. Outside of this survey, 72% of Americans have a favorable opinion of the police, with more than three-quarters supporting more police in the streets and larger department budgets, but fewer than a quarter say that “police treat all Americans equally.”[1] Additionally, confidence in the police is markedly different as measured by race.

Still, major challenges exist. Concerningly, few cops responding to the survey would encourage others to join the profession. A majority said they were tired of the presumption that police are wrong. And a majority had substantial concerns about agency leadership, with respect to both external relations and internal management practices.

This year's “What Cops Want” survey asked officers how they see their roles, what they liked best and least about policing, and how they view the future of law enforcement. A primary area of focus was also to address how the police feel about their own organizations. Some of the responses may be surprising, but many can provide insight into possible paths police leaders can follow for the future.

Since this is the second of two surveys it is useful to look at the responses from a year earlier.

In January 2021, Police1 published the outcomes of the first “What Cops Want” national survey of sworn officers. That survey included perspectives about police reform, recruitment and career satisfaction. Key findings were:

This year's survey echoes many of the same sentiments. It also highlights what respondents see as less support and caring from their supervisors, managers and leaders than they would want. Specific areas of comparison will be presented as the outcomes are presented.

The Context of Change

The country continues to feel the impacts of the succession of COVID variants, a rise in homicides and violent crime, and efforts legislatively and in the courts to hold the police accountable for their actions.

A recent survey of police workforce trends concluded that hiring new officers had declined from 5%–36% in the past year, resignations were up 18% and retirements were up 45% from the previous year.[4] Other data, though, does not support the notion that police officers are quitting in droves.

The overall U.S. economy shed 6% of its workforce, while police agencies are only one percent smaller than in 2019.[5] A recent push to hire new officers can be traced to the $350 billion earmarked to cities in the 2021 American Rescue Plan for this purpose.[6] At 697,000, police staffing nationally is also close to the all-time high of 709,000 in 2008[7]. The Police1 survey also found that a majority of officers plan to stay with their current agency and only 13% said they plan to move on from their current employer in the next 12 months.

Homicide is rising to historic levels in some urban communities, even as other violent and property crime levels remained flat or declined. That violence has also been visited on the police.

As law enforcement struggles to police its communities, homicide is rising to historic levels in some urban communities, even as other violent and property crime levels remained roughly flat or declined.[8] That violence has also been visited on the police themselves. Last year saw a 51% rise in police officers being feloniously killed as compared to 2020.[9] Nationally, 60,105 officers were assaulted in 2020 while performing their duties, 4,071 more than in 2019.[10] Even as issues of police deadly force rage, the data shows that the number of police-involved shooting deaths has remained relatively stable at 900–1,000 annually,[11] a fraction of the 61 million contacts between police and the public each year.[12] Public support has declined, but remains relatively strong, even as Americans call for greater emphasis on social service and community policing by their police.

Satisfaction with Policing As a Career

Several questions asked officers why they chose law enforcement as a career, what they find least and most satisfying about it, and their thoughts about the future of policing. Some of the responses may reaffirm the norms of the police mindset, while others could be indicators of concern for police leadership. Most notably:

Throughout the survey, when asked about the effectiveness of their agency's leadership, sentiments were far more critical than positive.

These responses seem to indicate that police leaders could consider ways to enhance internal communications to reinforce an understanding of the ways they are supported, and why instances of less vigorous support may be due to a lack of efforts to engage the community to build opportunities for shared dialog.

The Value of Engaged Employees

It may be useful to look outside of law enforcement to gain an objective perspective on the importance of having employees who are committed to the work. Since policing is a profession that some would see as one of stress and physical danger, isn't it normal for its practitioners to be unhappy? Even if they are, does that mean they won't do the job anyway? Fortunately, there is a body of knowledge in this regard that can be a useful yardstick for police leaders.

The Gallup Corporation, a global analytics firm, uses its “Q12” questionnaire to measure employee engagement at work.[18] This wealth of data has led to some significant conclusions as they look at top-quartile and bottom-quartile organizations.[19] [20] Some of the major differences between top and bottom units are a:

So, what does our survey say, and how could it relate to the engagement issues seen in other industries?

Gallup asserts the relationship between engagement and performance is “substantial and highly generalizable across organizations.” If so, the outcomes of this survey of the police are both positive indicators of the officers' commitment to the profession, while others, that were very similar to the questions Gallup asks on the Q12, may be concerning:

A significant number of officers feel unrecognized, unimportant, and unappreciated by their leadership.

While these questions do not directly correspond to the Gallup Q12, this pattern of responses makes it highly unlikely the American policing enterprise would fall into the top quartile of high-performing organizations.

History and standing in the community can vary widely from organization to organization. The responses do indicate there are a significant number of officers who feel unrecognized, unimportant and unappreciated by their leadership. How that translates to the work of policing is not known, but being less involved, and feeling their opinions don't matter could affect how police treat the public. The Gallup data helps frame how much an engaged, healthy workforce can be different in terms of wellbeing, turnover and service.

What Could It Mean?

Looking at the dramatic differences in perspectives about support from “bosses,” police leaders could consider the fiscal, physical and work-product costs they may be squandering if their workforce is disengaged. They could also imagine the impacts on staffing productivity and employee wellness if their officers and staff were highly engaged.

Regarding the future, the majority of respondents remained satisfied with policing. They want to help people and serve their communities. Americans, in general, want policing to remain (and even grow) but strongly support changes in police work to emphasize community policing, social service and de-escalation of force. Bridging the gap between the police and their communities could take engagement with the various communities in each jurisdiction as well as more effectively tending to the “care and feeding” of officers and staff. In addition, agencies might consider planning the work with greater deliberation and interaction with their community and employing evidence-based strategies to validate the effectiveness of their work.

Creating a workforce that is optimistic about the future, proud of the work it does, and where people feel they are cared for by their supervisors and managers could foster success in the years ahead. This survey could be a starting point to open discussions with officers, staff and community members toward that goal.

For those interested in learning more about successful strategies for bridging the gap with communities, as well as tips for making agencies better performing in general, the RAND Corporation offers its Better Policing Toolkit.[25] This site includes a series of quick guides and white papers on policing strategies that have shown to be most promising in reducing crime, holding offenders accountable, and building trust and legitimacy with the communities that agencies serve and protect. The toolkit also provides tips on how to make organizational changes and implement new strategies successfully. To help leaders make the case for policing, RAND's Cost of Crime Calculator presents evidence of how having more police has helped lower crime and the benefits to society of doing so.[26]

As with last year's survey, respondents were generally older, male and white. Almost half were 36 years of age and older and had more than 20 years in policing. Even with 20% being supervisors, and 18% more being in leadership or administrative roles, there was a marked split in perspectives on the effectiveness of agency leadership, both to support their officers and to communicate effectively with the community.

Some 2,376 officers and deputies responded to the survey in December 2021. The majority were veteran officers; 68% had between 10–30 years' experience, while 14% had more than 30 years in policing. They were split among rural (22%), suburban (40%) and urban (38%) departments. Fifty-eight percent were municipal police officers, 21% worked for sheriff's departments, 6.7% for campus police, 5.5% for state police agencies and 6.3% for other types of agencies (tribal, airport, transit, etc.). Fifty percent were line officers, 13% worked in investigations and 10% worked in administrative roles. Eighty-one percent were white, 87% were male. Only 14% of respondents were 35 years of age or younger.

Bob Harrison is a retired police chief who is an adjunct researcher with the non-profit, non-partisan RAND Corporation. He is also a course manager for the CA POST Command College. He consults with police agencies in California and beyond on strategy, leadership, and innovation. He holds a postgraduate degree in business strategy and innovation from the University of Oxford, and master's degrees from two U.S. universities.

This commentary originally appeared on Police1 on June 13, 2022. Commentary gives RAND researchers a platform to convey insights based on their professional expertise and often on their peer-reviewed research and analysis.