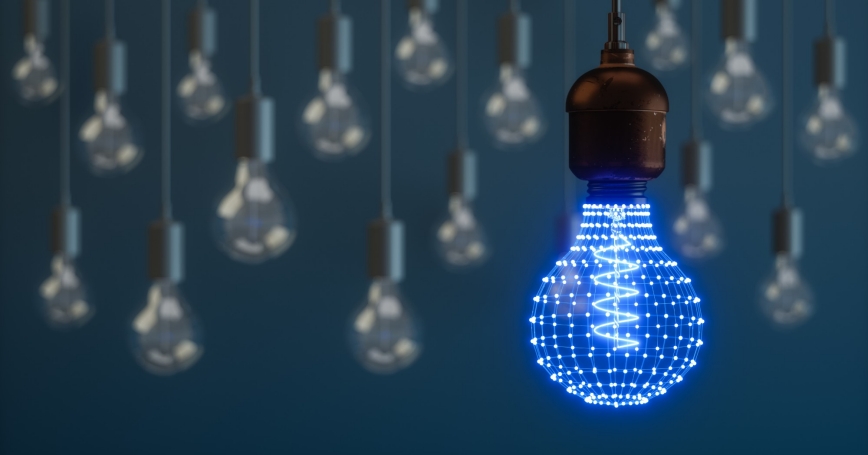 by Will Shumate and Timothy Marler

The United States has long enjoyed the benefits of novel technology, but it could lose ground soon as other countries advance. Could it be time for the United States to embrace the advantages in innovation that it holds relative to near-peers like China?

To reclaim the advantage, the United States might consider how to focus on the unique cultural advantages that foster innovation in this country. Culture is a critical component to a solid innovation base, and the United States has a culture that supports innovation and invention. While countries can create strategies and plans, enable streams of funding, and streamline their R&D process, establishing a culture of innovation is not such an easy task. Culture, it seems, eats strategy for breakfast.

One of the reasons the United States ascended to technological dominance over the last 70 years is the innovation culture the country established, including ideological support of individualism, creativity, adaptability, risk tolerance, and other advantageous characteristics. All of these traits facilitate an environment that can foster the development of disruptive technologies. However, the advantage the United States has enjoyed may be slipping.

Individualism, in particular, is a key aspect of America's potential competitive advantage, and it provides an interesting contrast between the United States and China. The United States has historically valued individual self-determination (PDF), whereas China tends to value the group. This tendency to prioritize the group over the individual has increasingly been associated with the concept of collectivism in the innovation literature, a concept that has deep roots in China and stems from the ownership of land by the state rather than by the people.

Innovation requires taking risks and breaking rules, and this type of creativity can flourish in an individualistic society.

Both ideologies—individualism and collectivism—have their advantages. The conformity that technology-based collectivism promotes can be a boon to mass production, which can aid countries catching up in innovation. However, it can impede indigenous innovation because it discourages untypical or creative behavior. Innovation requires taking risks and breaking rules, and this type of creativity can flourish in an individualistic society.

China is reaching a point where it may need to focus on indigenous innovation (PDF). In order for China to navigate the forces of the middle-income trap, which necessitates the transition from a manufacturing-based economy to a technology-based economy, and to adjust to the rise of autonomous manufacturing, it may need to foster creativity, individuality, and risk. Concurrently, the United States may need to cultivate its traditional advantages—like risk tolerance and the willingness to fail—to stay competitive with China. Yet, some studies show that Americans in general can be less risk tolerant than their Chinese counterparts.

Multiple potential solutions exist to address the need to cultivate cultural characteristics like individuality. For example, offsetting certain applied research-and-development risk from the public sector to the private sector could be helpful. Private-sector R&D failures can face significantly less public backlash, and fostering such R&D can spread risk across multiple stakeholders. As the private sector is less risk averse, increasing its involvement might increase risk tolerance in innovation areas. One example of a program that does this is Agility Prime, a competition that encourages private companies to develop prototypes for Electric Vertical Take Off and Landing vehicles. The companies receive a small amount of money, but can only secure full funding if they win the competition. The Army's xTech program also encourages private-sector participation in defense R&D, holding prize competitions across multiple technologies. Such initiatives might allow access to more-diverse ideas from a multitude of actors.

While focusing on STEM (science, technology, engineering, and mathematics) and R&D remains critical, equal attention should be paid to the arts and creativity.

In addition, while focusing on STEM (science, technology, engineering, and mathematics) and R&D remains critical, equal attention should be paid to the arts and creativity. These latter areas are not simply a matter of personal fulfillment; they contribute to national habits of invention and innovation that promote international competitiveness. Primary and post-primary education and worker development that cultivates and leverages classically American values and strengths might also help. For example, solutions may be needed to address the drop-off in American creativity since the 1990s, driven in part by a focus on standardized test scores rather than intellectual curiosity.

Technological competition will likely persist far into the future, along with the continued pursuit of new capabilities and technologies around the world. American culture offers an under-tapped competitive advantage in this pursuit, with unique benefits to the development of homegrown technology. This is worth recognizing and cultivating.

This commentary originally appeared on RealClearWorld on July 13, 2022. Commentary gives RAND researchers a platform to convey insights based on their professional expertise and often on their peer-reviewed research and analysis.