After the al-Zawahiri Strike, the U.S. May Lack Capabilities in Afghanistan 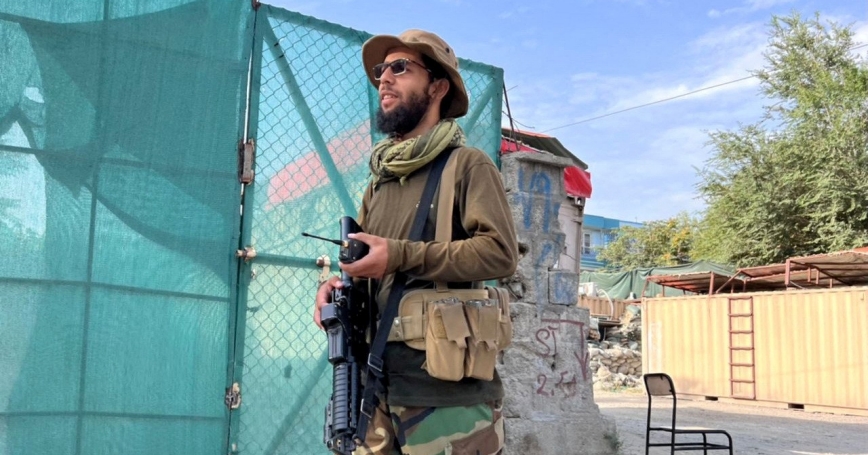 A Taliban fighter stands guard near the site where Ayman al-Zawahiri was killed in a U.S. strike over the weekend, in Kabul, Afghanistan, August 2, 2022

The U.S. drone strike that killed al Qaida leader Ayman al-Zawahiri in Afghanistan over the weekend took out one of the last remaining key figures behind the 9/11 terror attacks, but it also highlighted how little the United States got out of its 2020 bargain with the Taliban and raised questions about the U.S. ability to adequately monitor the developing threat from this quarter going forward.

Hosting al-Zawahiri, an Egyptian-born medical doctor who took the reins of al Qaida after the killing of Osama bin Laden in 2011, in a safe-house in an upscale neighborhood of Kabul was not necessarily a violation of the Taliban's pledge in the 2020 agreement that led to the withdrawal of U.S. troops from the Taliban-controlled country. The Taliban had long been pressed by U.S. negotiators to cut their ties with al Qaida, and they explicitly refused to do so. All they had been willing to promise was that they would not permit al Qaida or other groups to use Afghan territory to mount attacks on the United States.

The presence of the al Qaida leader in Kabul does show that the United States got little in the way of anti-terror benefits in exchange for its agreement to leave Afghanistan. That the Taliban would agree to host al-Zawahiri also enhances the credibility of numerous reports of other terrorist groups taking up residence there, suggesting the opening of a virtual Star Wars cafe of violent extremist movements in Afghanistan.

The presence of al-Zawahiri in Kabul does show that the United States got little in the way of anti-terror benefits in exchange for its agreement to leave Afghanistan.

This raises questions about the wisdom of former President Donald Trump's reliance on Taliban assurances in authorizing the deal to withdraw American troops from Afghanistan and President Biden's decision to implement that agreement despite having secured no further commitments. The U.S. military completed its withdrawal from Afghanistan a year ago, in August 2021.

The death of al-Zawahiri, like the earlier elimination of the original al Qaida and Islamic State leaders, seemed to validate the move begun under former President Barack Obama and championed by then–Vice President Biden away from the use of conventional forces in large-scale counterinsurgency campaigns in favor of intelligence-driven long-range strike operations.

This latest success demonstrated anew the efficacy of U.S. long-range targeting capability, but this has never been in doubt. What has been questionable, and remains so, is the U.S. ability to monitor extremist activity in a country in which it lacks both direct access and a partner on the ground. The Taliban's apparent decision to host the world's most wanted terrorist will probably lead the world to further isolate the Taliban, making it more difficult to track, let alone influence, what's going on there.

James Dobbins is a senior fellow and distinguished chair in Diplomacy and Security at the nonprofit, nonpartisan RAND Corporation. He served as the Bush administration's first special envoy for Afghanistan after 9/11 and again as President Obama's special representative to Afghanistan and Pakistan in 2013–2014. He's the author of Foreign Service Five Decades on the Front Lines of American Diplomacy.

This commentary originally appeared on Newsweek on August 3, 2022. Commentary gives RAND researchers a platform to convey insights based on their professional expertise and often on their peer-reviewed research and analysis.