Removing Barriers to Diversity and Inclusion in the Military 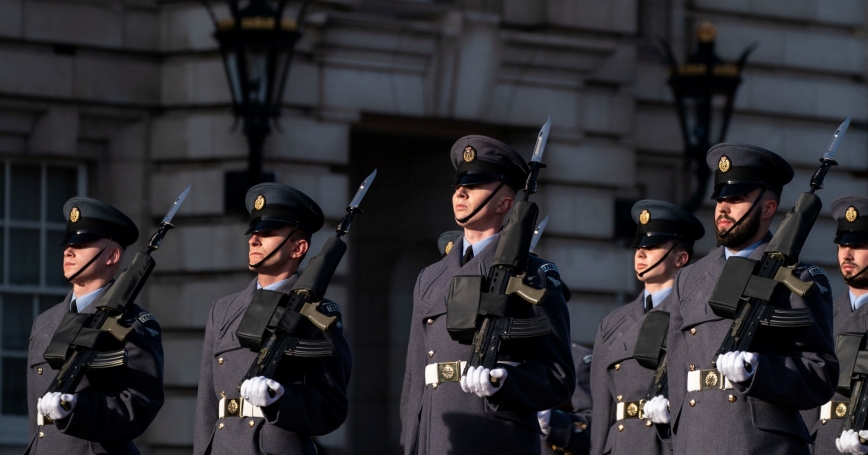 RAF troops during the Changing of the Guard ceremony on the forecourt of Buckingham Palace, London, February 1, 2022

Photo by Dominic Lipinski/Pool via Reuters

Efforts to improve representation and remove barriers for personnel with protected characteristics are seen as essential steps for modern militaries, but have not gone without controversy.

Last week, the Royal Air Force (RAF) was reported to have paused recruitment of white male candidates in an effort to meet in-year diversity targets. The claims, made by a female officer who had resigned, were quickly denied by a RAF spokesperson who stated that there had been no change in policy and that talent was the driver for recruitment.

However, the news attracted much coverage and debate—but perhaps most importantly it highlighted the need for a nuanced understanding of how important diversity is to an effective military. RAND Europe's newest report Leveraging Diversity for Military Effectiveness discusses the issue by breaking down how diversity can be leveraged to enhance strategic and operational advantage of the Armed Forces.

Military effectiveness is in many ways at the very heart of current debates on military diversity. Behind the report on the RAF lay concerns that a drive to meet diversity targets could undermine the ability of the RAF and other services to maintain their operational effectiveness.

Military effectiveness is in many ways at the very heart of current debates on military diversity.

In response to the news, the Ministry of Defence (MOD) has affirmed the view that recruitment tactics will not pose a threat to the RAF's operational effectiveness. However, it is clear that concerns remain among members of the military about the implementation of ambitious diversity targets across the UK Armed Forces (e.g. the target to increase female recruits into the Armed Forces to 30 percent of intake by 2030).

This response to RAF's diversity and inclusion practices is not an isolated incident in recent history. The 2012 repeal of the U.S. military's Don't Ask Don't Tell (DADT)—the Clinton-era directive that provided that nonheterosexual personnel could serve in the military if they didn't officially disclose their sexuality—was opposed by many due to concerns that the repeal would undermine unit cohesion and military readiness.

What the RAF recruitment and DADT debates highlight is a tension at the heart of many contemporary military diversity efforts. This tension relates to a need for increased understanding around the link between diversity and organisational effectiveness.

On the one hand, the MOD (PDF) has long recognised that there is an important 'business case' for diversity in that it is a key enabler of an effective organisation. As our new research shows, there is ample evidence that diversity can positively contribute to military effectiveness.

However, diversity in this context means both diverse demographics and also diversity of skills, capabilities, and competencies. This is an important distinction since many organisations, including the Armed Forces, are largely focused on the former in their understanding of what a diverse workforce looks like.

Diversity is crucial for the Armed Forces' ability to attract, retain, and foster the right skills.

What the recent RAF news article demonstrates is that a new framing of diversity and inclusion may be needed. The Armed Forces could take a more-strategic approach to leveraging diversity to elevate it as a strategic enabler of military fighting power in the contemporary threat environment. Thinking about diversity also may need to expand beyond demographics to also include people's skills, capabilities, and mindsets.

Lastly, the Armed Forces could uphold their laudable ambition to remove any barriers to inclusion for personnel with protected characteristics. This could enable all personnel to effectively contribute to the operational and strategic success of the UK military.

Linda Slapakova is a senior analyst with RAND Europe.