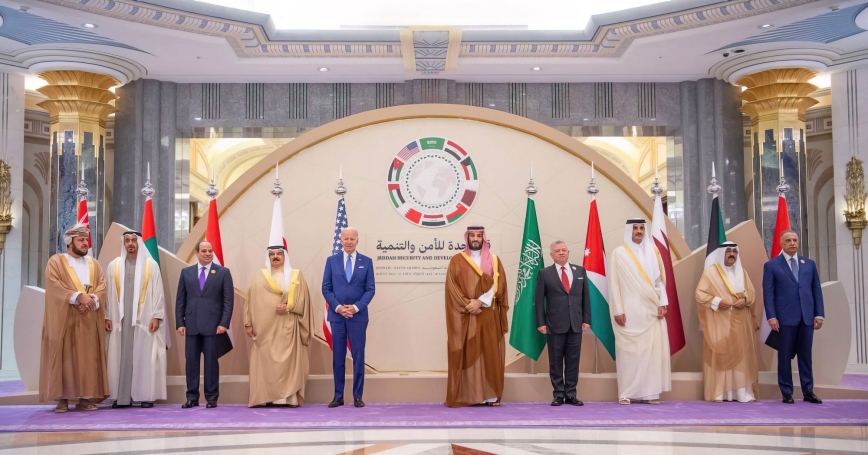 Attendees pose for a family photo during the Security and Development Summit in Jeddah, Saudi Arabia, July 16, 2022

China is often viewed as the economic powerhouse in the Middle East, but the United States has extensive trade, investment, and financial links. However, in many cases, these links are highly concentrated in just a few of the 20 economies in the region.…

The remainder of this commentary is available at al-monitor.com.

Howard J. Shatz is a senior economist at the nonprofit, nonpartisan RAND Corporation and a professor of policy analysis at the Pardee RAND Graduate School. He specializes in international economics and national security and in international development. His research has covered China's role in the developing world, great power competition in the Middle East, and socioeconomic policy issues in several Middle Eastern countries.

This commentary originally appeared on Al-Monitor on September 27, 2022. Commentary gives RAND researchers a platform to convey insights based on their professional expertise and often on their peer-reviewed research and analysis.