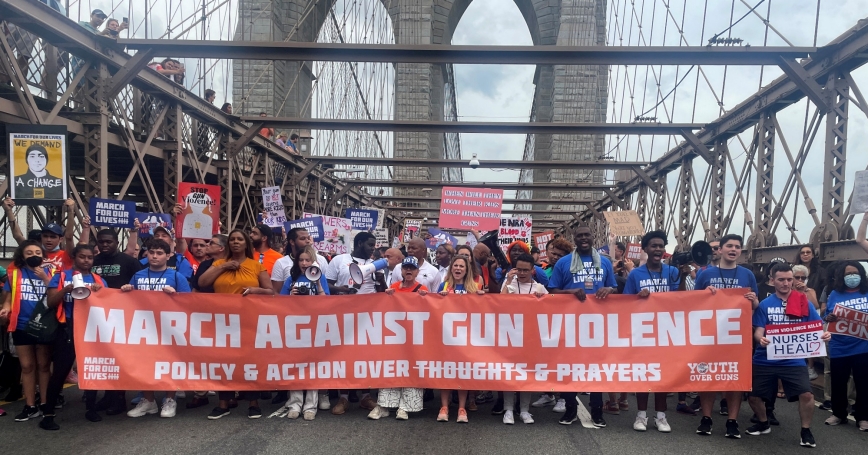 People cross the Brooklyn Bridge as they attend a March for Our Lives rally, New York City, June 11, 2022

For 25 years, the U.S. government funded little research on firearm violence prevention. Although some dedicated researchers made important discoveries over this period, the scale of the research effort was not commensurate with the problem. Recently, however, there has been an unprecedented surge in research funding: the National Collaborative on Gun Violence Research, a private philanthropy, has awarded more than $21 million since 2018; the federal government has committed $25 million per year since 2019; and some states and other philanthropies have recently invested in such research programs.

The new opportunities this funding creates to understand and prevent firearm violence come at a critical moment.…

The remainder of this commentary is available at science.org.

This commentary originally appeared on Science on September 29, 2022. Commentary gives RAND researchers a platform to convey insights based on their professional expertise and often on their peer-reviewed research and analysis.