COVID-19's Biggest Casualty May Be Governability 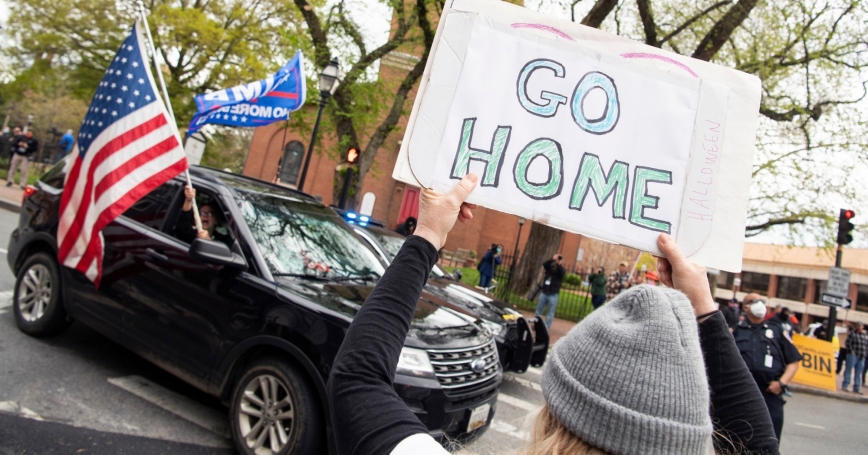 A counterprotester displays a sign to those protesting COVID-19 restrictions in Annapolis, Maryland, April 18, 2020

Pandemics also cause political casualties—former President Donald Trump and former British Prime Minister Boris Johnson, to name just two obvious examples. A U.S. president presiding over a booming economy and low unemployment would ordinarily have enormous political advantages in a re-election campaign, but the pandemic sank the economy and sent unemployment skyrocketing. Across the pond, revelations of partying at Downing Street while the rest of the country was under lockdown contributed to Johnson's downfall.…

The remainder of this commentary is available at nbcnews.com.

Brian Michael Jenkins is an Army combat veteran who serves as senior adviser to the president of the nonprofit, nonpartisan RAND Corporation. His latest book is “Plagues and Their Aftermath.”

This commentary originally appeared on NBC News THINK on October 10, 2022. Commentary gives RAND researchers a platform to convey insights based on their professional expertise and often on their peer-reviewed research and analysis.