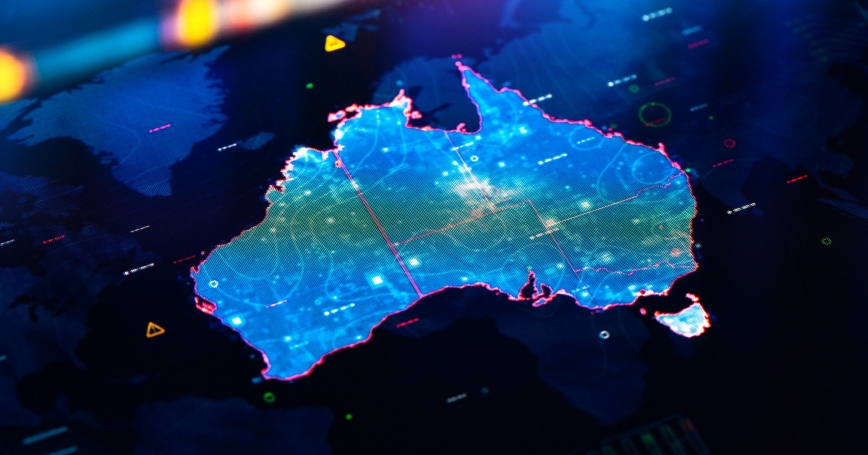 by Marigold Black and Peter Dortmans

What does it mean to win? Instinctively, this seems like a straightforward question that should have a correspondingly straightforward answer. But when it comes to developing a national edge or strategic advantage, concepts such as winning and losing may not be so easy to define. In Australia, which has experienced few national existential crises, there appears to be little understanding of or consideration given to all the nuanced contours of winning—how to achieve advantage, how to identify gains, and more profoundly, how these things inform an associated theory of victory.

As the strategic landscape changes, and as adversaries' use of the grey zone threatens to compromise citizens, infrastructure, and the cognitive domain, this complacency may be the nation's undoing. How can Australia turn the strategic environment to its advantage if it doesn't have the intellectual frameworks to understand what winning looks like?

Part of the problem is Australia's insistence on situating itself in the middle-power paradigm. Certainly, Australia doesn't possess all the tools necessary to secure the breadth of its stated strategic objectives. It might punch above its weight in a limited operational scenario, but developing the capacity to go it alone for an extended period and realise 'victory' is a different challenge altogether. This reflects the kind of Goldilocks predicament middle powers often find themselves in; they're not large enough to be able to dominate others with the sheer force their own instruments of military and economic power, but not so small that they can be easily dominated by a major power. Australia has arguably let its middle-power status come to mean that it must think about how not to lose rather than what it means to win.

Australia has arguably let its middle-power status come to mean that it must think about how not to lose rather than what it means to win.

Australia may need to develop the knowledge and confidence to hold its own, in intellectual and strategic terms. Established theories of asymmetry and deterrence, which are based on great-power dynamics, do not map neatly onto Australia's context. And Australia's middle-power mode is different from that of other middle powers with interests in the region, such as South Korea, the United Kingdom, and Vietnam. Australia's specific characteristics, as they are expressed both internally and externally, are what determines its competitive standing and the dynamic space in which strategy is devised. But identifying the opportunities this affords requires rigorous agitation of what Brendan Sargeant has termed Australia's 'strategic imagination(PDF)'.

It is not Australia's middle-power status that's important in how it conceptualises the strategic levers that are available. Rather, it is understanding the dynamic and relational nature of advantage and identifying how Australia can capitalise on its particular national circumstances to enhance its strategic presence.

And now could be the moment. With increasing strategic competition in the Indo-Pacific, Australia has, at least, recognised that it must re-evaluate its regional role and its strategic identity. The 2020 defence strategic update underscored the need for Australia to adapt to a challenging strategic environment, emphasising regional partners and the U.S. alliance as key enablers. The recognised need to understand Australia's position relative to others in the region, whether they be ally, potential adversary, or invested third power, could be critical to creating a strategically advantageous security environment. But the strategic update fell short of articulating how to develop these relationships so that Australia can attain a winning position or strategic advantage. Certainly, it has become limiting to think of strategic advantage in strictly military terms. The proliferation of grey-zone threats may require a broader conceptualisation of the levers for strategic advantage than those mitigated by Australia's current defence strategy.

Perhaps it's time for Australia to reject the conventional conceptualisation of the middle-power paradigm and commit to the difficult task of self-creation and a tailormade theory of victory.

Perhaps it's time for Australia to reject the conventional conceptualisation of the middle-power paradigm and commit to the difficult task of self-creation and a tailormade theory of victory. Australia may need to reframe its strategic identity in terms of competition and cooperation and start to conceptualise its security policy much more broadly in terms of where strategic advantages can be achieved relative to others in the region. Australia may need to focus more on its national and societal propensity for strategic advantage (that is, its ability to translate underlying potential into beneficial outputs) than its overall potential, (that is, its raw capacity in terms of resources, population, territory, and so on). But because strategic advantage is relational and dynamic, the real challenge could be to determine how the Australian conceptualisation of competition in the Indo-Pacific differs from, or aligns with, that of key allies and partners, and what unique levers Australia possesses.

Australia may need to critically assess its strategic traditions to develop a broader conceptualisation of how to secure the safety and well-being of the nation and position itself advantageously. As Sargeant argued, it may be time to 'imagine ourselves into what we might be, but also what the world might be' and to develop a distinctive, gainful, and effective presence in the region.

In this moment of strategic disruption, Australia needs to do the intellectual hard yards or risk forgoing the ability to shape its national destiny. The field could be left open to those who are more determined and who have a greater dedication to self-determination.

Marigold Black and Peter Dortmans are researchers at RAND Australia.

This commentary originally appeared on The Strategist on October 18, 2022. Commentary gives RAND researchers a platform to convey insights based on their professional expertise and often on their peer-reviewed research and analysis.