Ukraine's Dream Could Be Taiwan's Nightmare 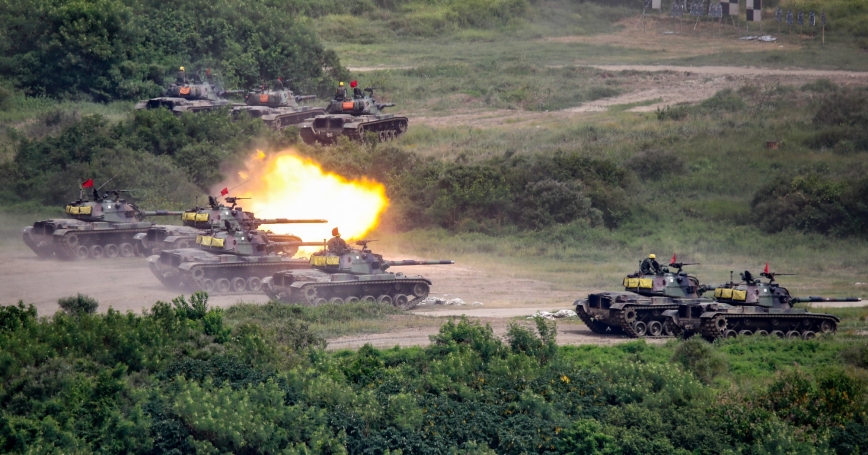 Russia's poor performance in Ukraine has bolstered the hopes of those who seek to deter Chinese aggression against Taiwan, but there is reason to expect that Taiwan would be more difficult to defend than Ukraine. Defenders of territorial sovereignty and a peaceful world order may be cheered by Ukraine's success, but there is danger that success could decrease the urgency of efforts to strengthen Taiwan. China is investing in its military and will seek to learn from the problems Russia has had in Ukraine. Will the United States and other supporters of Taiwan do the same?

This isn't to say that China would have it easy if it chooses to intervene in Taiwan. Amphibious invasions are notoriously complex (PDF) and difficult, and the People's Liberation Army hasn't engaged in a large-scale operation recently. Prominent defense figures have called for the U.S. military to take significant steps to bolster its, Taiwan's, and other allies' capabilities to counter Chinese aggression, and the Biden administration has made progress in building capabilities that would help deny Chinese military war aims.…

Michael Spirtas is associate director of the International Security and Defense Policy Program, part of the RAND National Security Research Division, and a senior political scientist at the nonprofit, nonpartisan RAND Corporation.

This commentary originally appeared on War on the Rocks on October 27, 2022. Commentary gives RAND researchers a platform to convey insights based on their professional expertise and often on their peer-reviewed research and analysis.