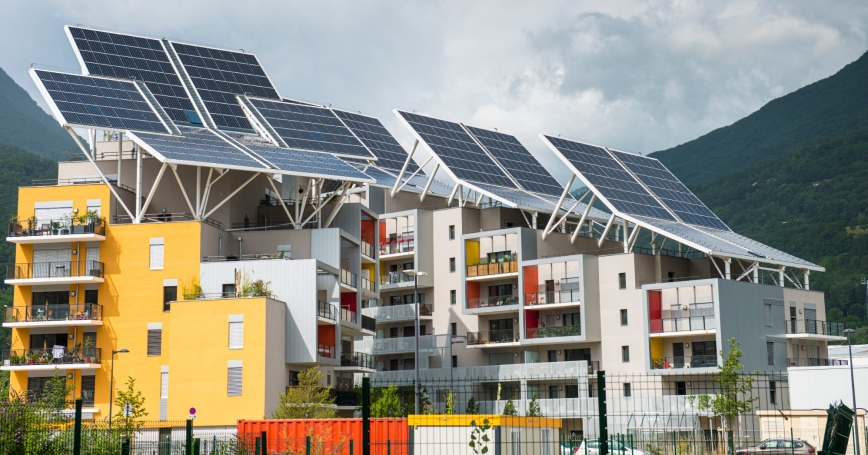 In the debates around climate change and sustainability, discussions about the greening of the economy have become more prominent in recent years. Many countries have put in place national action plans and strategies to increase green job opportunities in their respective economies. For example, Italy is aiming for 38% of all jobs to be green by 2025, the UK is aiming for 250,000 new green jobs by 2030 and France is aiming for 540,000 new green and greening jobs by 2030 and 1 million by 2050.

To make sure that everyone can benefit from this promised green transition, it is important to understand how people with low qualifications, and other marginalised groups, might be able to access green jobs. Our study, Green jobs and skills development for disadvantaged groups analysed available green jobs and their requirements in 10 different cities and their surrounding areas across five different countries (France, Germany, Italy, Spain, UK) in Europe. For the purposes of this study, we defined green jobs as jobs in businesses that produce goods or provide services that benefit the environment or conserve natural resources.

Our research provides a clear evidence base for aligning the needs of green jobs across different sectors with people from disadvantaged groups looking for those roles. By investigating what skills are needed, and what training opportunities currently exist for those from disadvantaged groups, we identified barriers and facilitators to accessing green jobs. Employment services, recruiters, employers, local councils, and other stakeholders can use this information to help address barriers to inclusive recruitments in the green sector.

The proportion of opportunities for people with low qualifications is expected to further decline by 2030 in all examined countries.

This comes at a time when the labour market is becoming more and more competitive, increasing barriers for people with low levels of qualifications. Jobs or training opportunities (e.g., apprenticeships) require academic credentials, or at the very least, a school leavers certificate. Also, the proportion of opportunities for people with low qualifications is expected to further decline by 2030 in all examined countries.

Failure to address these risks in the growing green economy means that many talented people from these groups will not be given as many opportunities to contribute their ideas and skills to some of the major environmental challenges that will be faced over the coming decades.

'Green economy' does not always look the same

We found that the sectors and occupations with green job opportunities vary across the examined cities and regions, often reflecting the existing local and national economies. For example, sustainable fashion is a growing part of the regional economy around Milan, less so elsewhere. By the same token, green finance is one of the key growth sectors in London, which is one of the financial centres of the world. The lack of a universal definition and methods of measuring or estimating the number of green jobs poses a challenge to making direct comparisons across countries.

Most green jobs for disadvantaged groups are associated with manual labour

Based on data from PwC and Cede fop, we estimated out of the over 800,000 online job advertisements available across these areas, about 23,000–33,000 were green jobs. Out of those, relatively few seemed to be accessible for people with low qualifications—only between 9,292 and 13,404 opportunities.

Cedefop predictions of how the future demand for occupations requiring low to medium level qualifications will look like differs substantially across the countries. In most countries, some occupations will see an increase in demand. The highest increase in demand is predicted for farm and related workers in Germany and the UK, for elementary workers in France, and for clerks in Spain. In Italy, however, a decline in demand for most occupations accessible to people with low to medium level qualifications is expected, with the largest decline predicted for farm and related workers.

Looking at skills needed by people with low qualifications for jobs in the green economy, general skills and attitudes, and digital skills seemed to be more commonly sought after compared to specific green skills. In seven out of the 10 regions, skills related to being able to adapt to change, work independently, and cope with pressure were the most common skills named in job advertisements. For five out of the 10 regions, communication and collaboration skills were the second most sought after skills. Some of the jobs for people with low qualifications were primarily outdoors or related to manual labour while others required increasing digital skills. This might, for example, apply to electricians or plant operators or people in administrative roles.

To gain the needed skills and qualifications, it was vocational and educational training, apprenticeships, internships and green skills academies and centres that were seen as the most promising pathways to help people from disadvantaged groups into green jobs. The study also identified some promising education and training-based interventions aimed at supporting people into green jobs. However, interventions that focus specifically on aiding people from disadvantaged groups into green jobs remained scarce.

While there was some overlap between the initiatives and support currently given for green jobs and for people with low qualifications, more may need to be done to ensure that disadvantaged groups are not excluded from a green transition of the economy. Fairness and equality of opportunity as economies embrace the transition towards more green jobs could require concerted action and accountability.