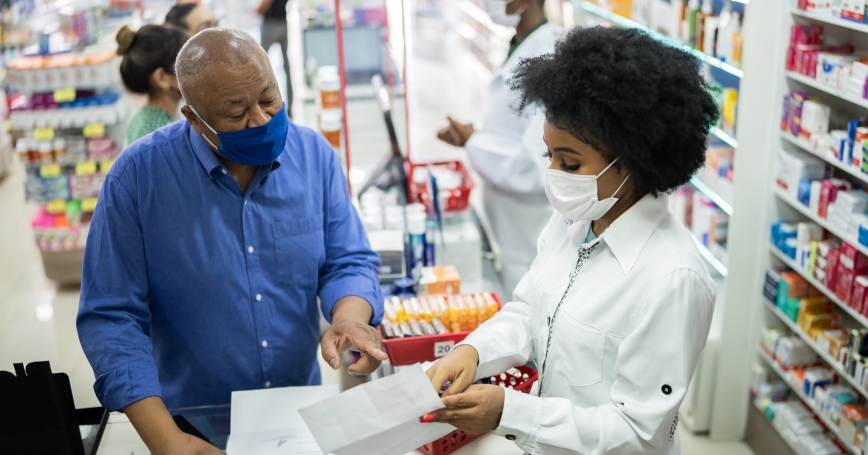 Government negotiation of Medicare drug prices—even for a small set of older, single-source drugs—is a remarkable policy development. But how exactly will the government do it?

The Inflation Reduction Act (IRA), signed into law August 16, contains an 86-page blueprint (PDF) laying out which drugs are on the table, implementation timelines, “factors” to be considered, and rules of engagement for the government and drug companies. The law also spells out the goal of price negotiation: to establish the maximum “fair prices” that Medicare will pay.

In the months ahead, that 86-page blueprint will turn into an even longer instruction manual through a process of rulemaking and regulatory language, led by the Department of Health and Human Services (HHS). Two key decisions made during that process will have an outsized effect on all that follows: How aggressively will the government negotiate for prices below a ceiling the new law has already set? And how will the government weave evidence on value into its bids?

Will HHS Take a Shortcut?

On that first question, the government could potentially satisfy the law without ever actually negotiating prices for some drugs.

Here's why. Older, single-source drugs are eligible for price negotiation based on Medicare's spending on them at gross prices (that is, prices before rebates to Part D plan sponsors), not at net prices after these discounts. That means that several likely candidates for price negotiation are drugs that already compete fiercely within their therapeutic class, such as insulins and the oral anticoagulant rivaroxaban (Xarelto). Health plan sponsors and their pharmacy benefit managers (PBMs), including those offering Medicare Part D plans, already negotiate very large rebates for these drugs, resulting in net prices well below gross prices. Rebates for oral anticoagulants, for example, return roughly two-thirds of drug companies' gross revenue to PBMs and other buyers. For insulins, rebates approach 80 percent of drug companies' gross revenues.

PBMs negotiate such steep discounts by marshalling data on clinical and cost-effectiveness; playing manufacturers off one another; and promising to steer volume to a given company's drug with combinations of formularies, cost sharing, and utilization management. The largest three PBMs combined manage 80 percent of U.S. prescription claims, including claims for Part D enrollees. What additional savings can the government hope to eke out? And consider this, too: Unlike a typical commercial PBM, the government can't threaten to drop a drug from coverage as a negotiating tactic because all negotiated drugs must be included in Part D plan formularies.

The fine print in the IRA provides one path forward. The law sets a “fair price” ceiling of the lower of two prices: a fixed, 25–60 percent discount off the pre-rebate “non-Federal Average Manufacturer Price” (non-FAMP), with the oldest drugs getting the largest price reduction; or the net price already negotiated by Medicare Part D plan sponsors after rebates.

By making the explanation behind the maximum fair price publicly available, HHS could begin to make the whole process of drug pricing more transparent.

So instead of crafting and justifying a “fair price” bid and then negotiating with drug companies, the government might take either the fixed discounts off the non-FAMP or the Part D net price reflecting PBMs' already-negotiated rebates and call it a day. This approach would be easy and lead to substantial Medicare savings—but it would be hard to tell whether it truly achieved a “fair price.”

If the government wants to ensure the flat discount or already-negotiated Part D price are used only when they lead to the greatest savings, HHS will have to fully analyze the available and permitted evidence for every drug eligible for negotiation. This would guarantee that no potential savings are being left on the table. It has another benefit as well: By making the explanation behind the maximum fair price publicly available, HHS could begin to make the whole process of drug pricing more transparent.

How Will HHS Integrate Value into Price Negotiation?

This leads to the second key issue: How will the government and drug companies support their price bids?

There's a lengthy list of factors (PDF) that the law allows to be considered in negotiation. But it dances around the question of whether evidence on value—that is, a drug's benefit to patients relative to its cost—is in bounds for negotiation. And that is important.

In other countries, and in the U.S. commercial market, the notion of a “fair price” is almost always interpreted through a value lens. Both consumers and the government are comfortable applying a value framework when it is important to weigh the benefit of some feature against its additional cost—when buying, say, toasters or tanks. In the case of medicines, a value framework allows a very effective drug to still have a price that is above what a particular buyer is willing to pay and a drug offering relatively little to patients still being worth buying at some price.

The bullet list of negotiating factors does include evidence on the drug's effectiveness relative to therapeutic alternatives and the cost of the alternatives. HHS could use this information to infer cost-effectiveness (dividing the difference in effectiveness between the negotiated drug versus the next-best alternative by the difference between a hypothetical cost for the negotiated drug and the cost for the next-best alternative). HHS would need to consider cost-effectiveness in terms other than quality-adjusted life years (QALYs), which are explicitly excluded (PDF) in the new law. But alternative health outcomes, for example, life years saved or disease-specific measures, seem allowable.

Still, there is no “anchor” on what price might be considered fair or unfair given the measured benefits of a drug. In other words, nothing currently in the law gives HHS the ammunition to argue a drug price yielding a cost of $200,000 per life-year gained is fair, but a higher price resulting in $2 million per life-year gained is not. In effect, Congress punted the decision on how to craft these arguments to HHS. Yet, this is one of the most important sources of leverage for the government in price negotiation, especially for drugs in which commercial Part D sponsors currently have little or no leverage with drug companies.

All of this means that HHS will have to draw careful boundaries when specifying exactly what information drug companies must supply and if it wants to integrate evidence on value into its bids. It could weave cost-effectiveness into its analysis indirectly, focusing on outcome measures other than QALYs. It could also use other factors, such as market trends or the extent to which a drug represents a therapeutic advance, to argue for a fair price, as is done to inform drug prices in the United Kingdom, Canada, and Germany. Other approaches—for example, using research and development or production costs as the basis for a fair price, or, again, taking the fixed discount allowed by the IRA—would only align by chance with what could be justified as a “fair” price through a value lens.

As a further complication, the costs of drug treatment often extend beyond the price of the drug itself to include lab, administration, and other medical services. Medicare pays for all of this under its medical benefit, not its Part D or Part B drug benefits. These cost elements do not appear to be in-scope for negotiation.

An earlier bill aimed at lowering drug prices, H.R. 3, addressed the complications of anchoring prices on value and considering systemwide costs by using international reference pricing. Other countries consider value from a health system or societal perspective when assessing what price is considered fair. Outsourcing such an important domestic policy decision by using other nations' prices as benchmarks would have been an unusual approach, but H.R. 3 would have led to prices that were shown to be “fair,” at least through the value lens of these other countries.

It could turn out that the most important outcome of Medicare drug price negotiation is the injection of some transparency into U.S. drug pricing.

An Injection of Transparency

It's too early to gauge how HHS will approach these key decisions. Industry lawsuits and public comments through rulemaking also might affect Medicare's final drug price negotiation policy. One overarching hope is that negotiation relies on evidence of value, rather than the unilateral decisions of profit-maximizing firms.

It could turn out that the most important outcome of Medicare drug price negotiation—even more than specific price drops and savings for Medicare and enrollees—is the injection of some transparency into U.S. drug pricing. Prescription drug coverage and pricing decisions have long been in a black box and left in the hands of PBMs and plan sponsors, both in Part D and other markets. The IRA provisions, by contrast, require HHS to publish an explanation (PDF) of the process and evidence it used to reach each maximum fair price. This should help other policymakers and the public understand the importance of value and the need for transparent and inclusive discussions on “fair prices” for drugs, not just in Medicare but throughout our health care system.

Andrew Mulcahy is a senior policy researcher at the nonprofit, nonpartisan RAND Corporation who studies payment for health care services and drugs.