Farsighted Leadership in a Shortsighted World: Looking Beyond the 2012 U.S. Election 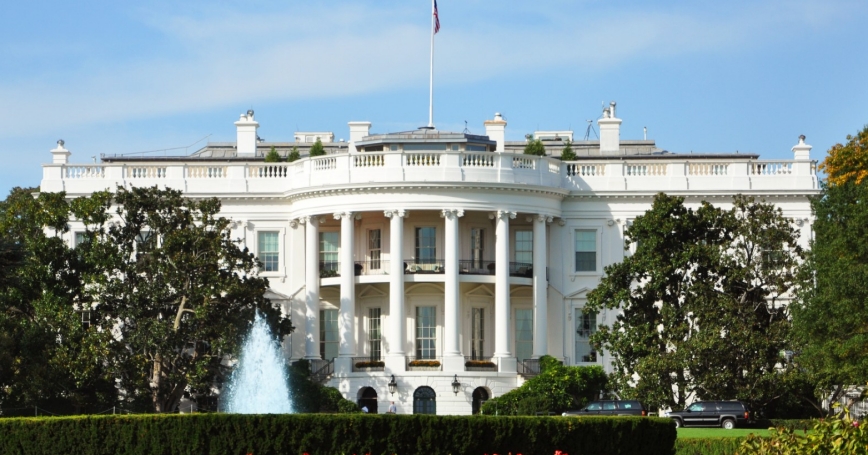 Renowned management and organizational scholar Warren Bennis has observed that effective leaders in government and industry exhibit a common trait: They take the long view. Bucking short-term thinking and quick fixes, these leaders generate change that is lasting and productive.

Yet as the U.S. presidential election draws close, there is increasing demand for simple answers to complex questions, immediate solutions to entrenched challenges, and ten-second sound bites to sum it all up.

For nearly 65 years, RAND has focused on big, long-term, core public policy issues and has cultivated the farsighted perspectives required to address those issues. As a nonpartisan organization, our only ideological allegiance is to the value derived from approaching problems objectively and analyzing them with rigor and the best available evidence. The nine essays here on key election issues underscore the opportunity for candidates Barack Obama and Mitt Romney to ground their competing visions for the nation in the kind of long view that Bennis argues is necessary for effective leadership. All of these essays transcend partisan rhetoric; some point to policies that both candidates could well accept.

Charles Wolf, Jr., and John Godges argue that the pervasive debates over U.S. income inequality miss a salient issue: We should be paying attention to the causes of income gaps, not just their size.

Art Kellermann notes that even with the U.S. Supreme Court's ruling in June to uphold the Affordable Care Act, high health care costs will not disappear. If anything, they will continue to climb, despite the cost-saving measures in the Affordable Care Act. He points to electronic medical records, reduced use of unnecessary procedures, reformed payment systems, and responsibly designed consumer-directed health plans as good foundations to start building a high-value health care system.

Regarding immigration, James Smith advises that the debate should account for the differential effects that legal and illegal immigration have on the U.S. economy and on U.S. taxpayers. After assessing the costs and benefits of immigration in dollar terms, Smith offers a way out of the current “muddle” of U.S. immigration policy.

On energy policy, Keith Crane identifies some promising options for renewable fuels. In parallel, he suggests that a “port authority” be established to manage and regulate the country's oil shale industry and that a tax on crude oil could replace the existing federal gas tax used to pay for highways.

Regarding al Qaeda, Seth Jones recommends that both candidates widen their focus beyond Afghanistan and Pakistan to other areas where al Qaeda is resurgent — and that U.S. leaders remember the painful lessons learned over the past two decades of fighting al Qaeda.

On Iraq, Larry Hanauer reminds us that Kirkuk could be a flashpoint for years to come, warranting the designation of a special envoy for the territory and continued funds to promote local civil society and municipal governance.

Democratic movements in the Arab world could also take years to succeed, Laurel Miller cautions. The United States should tailor policies to each democratization push, rather than devise one generic approach. Taking the long view would mean fostering “government accountability mechanisms” in the emerging democracies and encouraging civilian control of security institutions.

With respect to China, James Dobbins and Roger Cliff note that both the Obama and Romney campaigns call for a larger U.S. military presence in the Asia-Pacific region. While the United States should be concerned with China's growing military capabilities, U.S. leaders should also draw China into cooperative security endeavors and cement a solid, stable, and strong economic relationship with that country.

The ideas presented here do not favor one candidate over another. Rather, they favor the recognition and exploration of the full complexity of today's most pressing policy challenges. They ask leaders to take the long view.

We should be paying attention to the causes of income gaps, not just their size.

Regardless of what happens with the Affordable Care Act, the spiraling cost of health care in the United States will remain a huge challenge.

Legal and illegal immigration have very different effects on U.S. taxpayers and the economy as a whole, and the debate over how to reform our current muddled system should take these into account.

A key question is how well aligned each candidate's platform is with education research. The answer is that both platforms appear to be largely based on existing evidence, with a few caveats.

In the fight against al Qaeda, both candidates should place greater emphasis on the expansion of al Qaeda's global network beyond Afghanistan and Pakistan.

Kirkuk is Iraq's most combustible hotspot. There are important steps that either candidate, if elected, should take to move Iraqis toward a settlement over the ethnically mixed city's political and legal status.

Political Change in the Arab World

On the issue of democratization in the Arab world, it is especially important for U.S. leaders to take the long view, to avoid a one-size-fits-all approach, and to remember that there are strong grounds for optimism.

Peace with China, Through Deterrence

By James Dobbins and Roger Cliff

Conflict with China is unlikely so long as the United States retains the capacity to deter behavior that could lead to a clash.

This commentary originally appeared in RAND Review on September 21, 2012. Commentary gives RAND researchers a platform to convey insights based on their professional expertise and often on their peer-reviewed research and analysis.