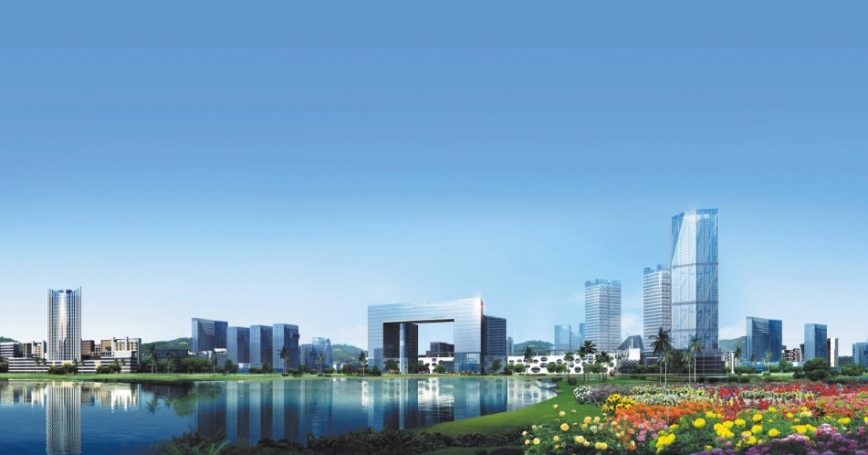 Stimulating innovation is important to the economic growth of all countries, regardless of their stages of development. This is true of a rapidly developing country such as China. But the same holds true for the United Kingdom, a well-developed country, and for Qatar, a country whose research, science, and technology started from scratch recently. RAND is helping each country drive innovation in different ways.

In China, where double-digit economic growth has been the norm for three decades, the formula for growth is changing. As wages have risen, China can no longer rely on low-wage assembly operations to drive growth. Technological innovation needs to be added to China's growth formula.

In 2011, officials in Guangdong invited RAND researchers to that southern province to help a government-backed development consortium create an ambitious plan to build an entirely new city from the ground up. The new development would be environmentally and technologically advanced and consist predominantly of innovative industries and their associated knowledge workers. This "Knowledge City" — a joint effort by the Guangzhou Development District and Singbridge, a subsidiary of a Singapore investment firm — is intended to become the centerpiece of a new cluster of innovation in Guangdong Province and will eventually house over 500,000 residents outside of the core city of Guangzhou.

How could Knowledge City attract the right mix of innovative companies and the world-class scientific, engineering, and entrepreneurial talent needed to power them? RAND experts in economics, finance, environmental engineering, and public policy looked to three successful technology clusters — Silicon Valley in California, the life sciences corridor in Maryland, and the technology hub between Tel Aviv and Haifa in Israel — for answers.

As evidenced by these clusters, fostering innovation in Knowledge City will first require wooing prominent high-technology companies, research institutes, or universities as anchor institutions, and it'll take more than just cheap land and tax incentives. Local authorities will also need to strictly enforce intellectual property rights to be conducive to innovators. Knowledge City will require rapid transit links and good schools, along with shopping and entertainment venues, to create an attractive quality of life for prospective workers. Finally, the developers of Knowledge City will need to promote innovation-oriented investor networks and competitive commercial banks to ensure that financing is available to entrepreneurs and promising start-ups.

As plans for Knowledge City evolve, RAND is also working with others around the world seeking similar ends — namely, to spark innovation and "smart growth." In the United Kingdom, RAND Europe has shown that government procurement programs can, if done in targeted ways, promote innovation in the private sector. Public procurement of goods and services amounts to 16 percent of the European Union's gross domestic product, so public authorities, as major customers, are well positioned to stimulate innovation through private-sector "prizes" as well as public-sector investments.

Meanwhile, RAND has been helping the Qatar Foundation map out a strategy to develop that country's nascent science and technology base. The foundation's continuing efforts to develop the Qatar National Research Fund, the Qatar Science and Technology Park, and the park's three national research institutes will necessitate new strategies, funding models, and organizational structures. RAND is poised to help Qatar weigh the alternatives and create plans.

The "if you build it, they will come" approach to innovation is intuitively appealing. What's clear, though, is that success depends on a careful mix of policies and strategies spanning many domains, from education and transportation to regulation and justice. RAND's tradition of multidisciplinary problem-solving has proven to be well suited to helping governments with that challenge.

This commentary originally appeared in RAND Review on February 5, 2013. Commentary gives RAND researchers a platform to convey insights based on their professional expertise and often on their peer-reviewed research and analysis.