To Eliminate the 'Readiness Gap,' Preschool Is Just the Beginning 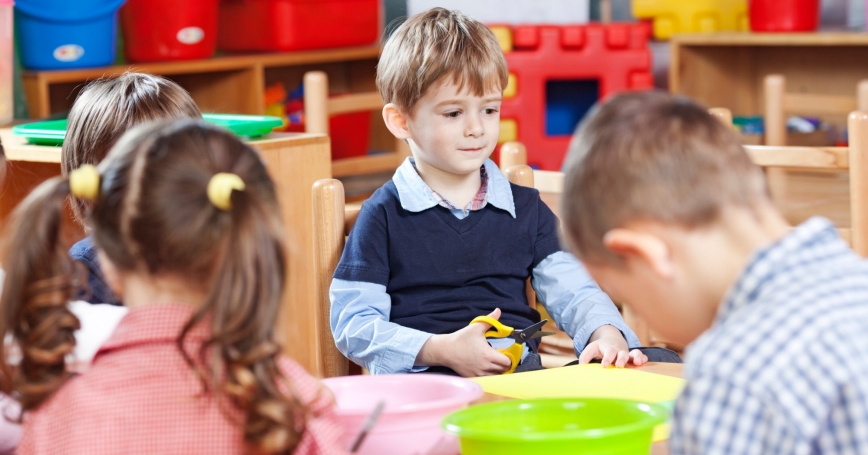 As schoolhouse doors swung open this fall, some kindergarten students were already at a disadvantage, victims of the so-called readiness gap that separates children who have access to early education resources from those who do not. These resources include preschool, written materials in the home, and technology.

Research conducted by RAND and others shows that when children are given educational opportunities during the formative preschool years, they fare better in kindergarten and beyond. Research also shows that because kids from low-income families may lack these early educational opportunities, they are more likely to be impeded by the readiness gap.

Eliminating the gap is a worthy goal, one that has been embraced by successive U.S. presidents, the most recent example being President Barack Obama's call for high-quality pre-kindergarten education for all American four-year-olds. Though this priority has yet to gain traction on Capitol Hill, it has transcended partisanship at the state level, where policymakers of all political parties have pursued the goal of universal preschool.

The importance of early childhood education is recognized globally, and some countries are close to attaining the goal of universal preschool enrollment for four-year-olds. Unfortunately, the United States is not one of them.

According to a 2012 report from the Paris-based Organisation for Economic Co-operation and Development, 69 percent of American four-year-olds were enrolled in early childhood education programs, either public or private. That put the United States 28th among the 38 countries studied and below the 79-percent average enrollment for four-year-olds across the study. France, the Netherlands, Spain, and Mexico had enrollment rates of 95 percent or higher.

A 1998 RAND report found that early educational interventions can yield benefits in the areas of emotional and cognitive development, educational achievement, economic well-being, and health. Our 2009 study of early childhood education in California confirmed that children from economically disadvantaged households are less ready than their better-off peers to start school and that the gap persists into elementary school. By second and third grade, the readiness gap becomes an achievement gap, as measured by statewide, standardized tests.

But lack of preschool education opportunities is not the only factor contributing to the readiness gap and its disproportionate impact on children from low-income families. Research by Susan B. Neuman at the University of Michigan found, for example, that children from low-income neighborhoods had less access to written materials at home than did their peers in middle-income neighborhoods. New research by Anne Fernald at Stanford University has found a language gap as early as 18 months, owing to the fact that higher-income parents typically speak much more to their children, equipping them with larger vocabularies.

Also at play is a gap in access to technology. According to the U.S. Census, just 47 percent of children ages three through five in families with annual incomes of less than $25,000 have access to computers at home, compared with 90 percent in families with annual incomes of $100,000 or more. This technology gap could contribute to the overall readiness gap.

The significance of this gap in technological literacy sparked interest at Pittsburgh-based PNC Financial Services Group, which has asked RAND to explore the issue and to examine strategies that will improve access to technology for children from low-income families. Among other things, RAND researchers will be looking at how early childhood education can be used to raise technological literacy. Meanwhile, RAND Europe's work on the online European Platform for Investing in Children will collect and share best practices for helping disadvantaged kids through early childhood education and other efforts.

Research by RAND and others is drawing attention to these issues and driving change. The number of youngsters enrolled in early learning programs in the United States is increasing each year, but kids from low-income households continue to lag.

Study after study shows that early childhood education pays off, yet adequate public commitment to preschool remains elusive. Preschool for four-year-olds should be as common as kindergarten is for five-year-olds. Ultimately, the goal should be the elimination of the readiness gap through expanded access to preschool, written materials in the home, and technology that could improve delivery of such materials. My hope is that research by RAND and others will continue to inform this debate.

This commentary originally appeared in RAND Review on November 26, 2013. Commentary gives RAND researchers a platform to convey insights based on their professional expertise and often on their peer-reviewed research and analysis.