Power to the People: How Smart Grids Can Change the Way We Live 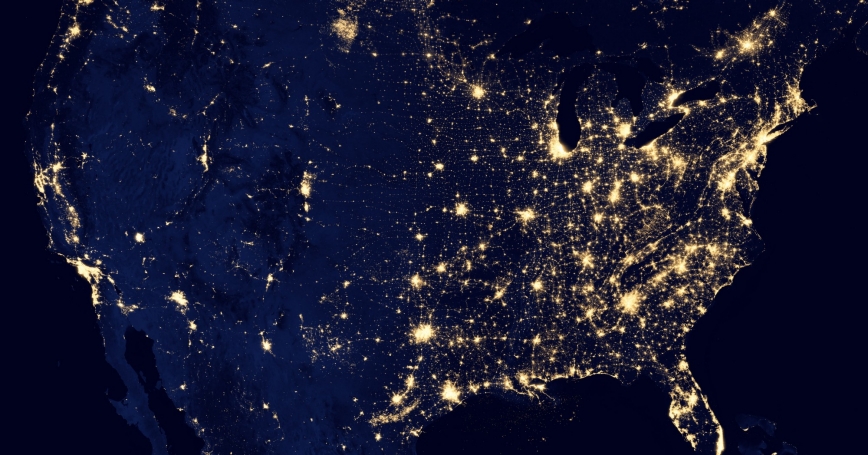 Chattanooga, Tennessee, July 2012: A powerful storm thundered toward the city, darkening the summer-blue skies and then snapping branches, rattling power lines, and bending old willow trees toward the ground.

Warning alarms chimed inside the control room of the regional power company as the storm hit. Soon, the clamor of beeping alerts was constant as system maps flickered red and green with downed wires, blown circuits, and lights going out all across the city. 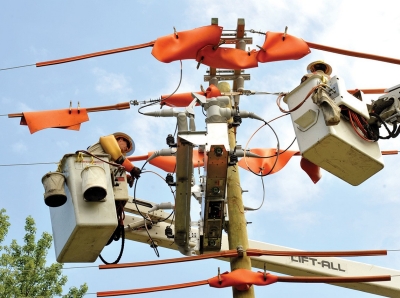 And then the system began to restore itself, sensing where the breaks were and automatically flipping switches to isolate them and reroute power back into homes. Nearly 80,000 customers lost power that evening; the power company, EPB, estimates that half of them got it back within a second or two.

That's the promise of a modernized, “smart” grid: An electric future where circuits talk to each other, transmission lines monitor their own loads, and new meters provide an unprecedented look at the energy use of every home. In the coming years, it could change how much you pay for electricity, where it comes from, and how likely you are to lose it in a summer storm.

But the reality of the smart grid has not kept pace with the promise, Christopher Guo, an economist at RAND, found in a recent study. Industry analysts place the potential value of smart-grid improvements in the billions of dollars; and yet the process of modernizing the nation's antiquated grid has often been slow and piecemeal, held back by regulatory hurdles and the hobble of unmet expectations.

“The modernization effort will be worthwhile,” Guo concluded. But, he added, it also will “create winners and losers across households and other consumers.”

The electric grid that powers today's iPads and electric cars is a holdover from an era when high tech meant box televisions. The U.S. Department of Energy likes to say that the grid has undergone so little structural change that Thomas Edison would still recognize its fundamentals.

It's a one-way pipeline, delivering electricity from huge power plants, across hundreds of miles of transmission lines, down neighborhood power lines, and into your home. It's proven to be so reliable that you don't even think about it when you flip a light switch. But it's inefficient, with extra generators running just to cover any spikes in demand, and vulnerable to brownouts and blackouts.

A smart grid works more like a two-way street, relaying not just energy, but also information from countless sensors and smart home meters. That allows power companies to measure and respond to demand in real time, to incorporate less-predictable sources of energy like solar and wind, and to respond faster to any outages.

But Guo's research identified some critical roadblocks on the way to that smart future.

Smart, but at What Cost? 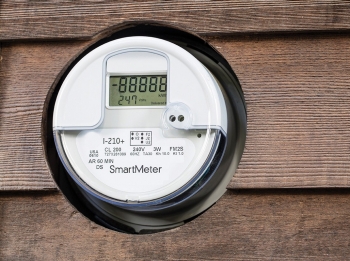 Some telltale patterns emerge when you zoom into a home's energy use. Measure the demand waves closely enough, and you can see the rhythmic bump of a refrigerator's cooling cycle, the sudden spike of a hair dryer.

Scientists and entrepreneurs have spent decades trying to tease such patterns out of the overall electric buzz of any given house. Such a feat—known as “disaggregation”—has been called the Holy Grail of energy efficiency because it would allow consumers to track every electrical hiccup of every appliance in their home.

Sophisticated smart meters, already installed in millions of U.S. homes, have raised the stakes and introduced a new level of privacy concern. Economist Christopher Guo said the day is coming when analysts can look at a stream of smart-meter data and infer household habits, for good and for bad.

“I think it will be here in a matter of years,” he said. “Unless you have everything battery powered and just sit in the darkness, they can figure out what you're doing.”

The idea is not science fiction; at least a handful of patents have already been issued for disaggregation tools. Scientists have written algorithms that can sort the electrical signature of a refrigerator from a microwave, for example. German researchers claimed they could identify light and dark scenes on a television based on the tiny ebbs and flows of meter readings.

Those attempts to disaggregate residential data have required meter readings every few seconds to make any detailed sense of the overall electric hum. Today's smart meters, by comparison, typically sample the electricity use of a home no more frequently than every minute, and often much less.

But as the technology improves, Guo sees the potential for an entirely new market of home goods and services. Companies could offer a detailed analysis of a home's meter data, for example, identifying wasteful appliances and suggesting ways to save money. A utility could see in the data an old and inefficient washing machine and send the homeowner a money-off coupon to replace it.

It doesn't take much imagination to see reasons for concern as well. Police could put a house under surveillance by tapping into its energy stream, monitoring the comings and goings of its residents by the lights they turn on. Thieves could hack into the data to learn when people are home and what valuable appliances they have.

The electric power industry and the federal government have been working to develop privacy and cybersecurity standards for the smart grid. And some industry experts say there are real-world limits to how much data a power company can collect before it gets snowed under, and they're far below the level needed for disaggregation.

Nonetheless, Guo said now is the time to think through the implications of the surge of household data that smart meters make possible. “I don't think most people in the United States have an understanding of how available their energy data is,” he said.

The grid has been called the largest machine ever built, and bringing it into the 21st century will not be cheap. Power companies will try to pass the costs on to consumers, Guo found, but there's no guarantee they'll always be able to recoup their investments. That's because their rates are often set by regulators trying to minimize costs to consumers rather than maximize system-wide benefits.

At the same time, there are no national smart-grid technology standards, so utilities can't be certain that the equipment they install today won't be obsolete by tomorrow.

And then there are the smart meters.

For most customers, that's where the smart grid begins and ends, in a little box bolted to the side of their house. By the end of this year, an estimated 65 million of the new meters will be installed in the U.S., accounting for more than a third of all electricity customers. Smart meters can measure a home's energy use at least every hour, rather than the once-a-month meter reads of old.

But Guo found that one of the major selling points of the new meters—lower electric bills—has too often failed to materialize.

Utilities have promoted the meters as a first step toward “real-time pricing,” with rates that rise and fall by the hour to better track demand. In theory, consumers could use the readouts from their smart meters to better monitor their daily energy use and shift some of their activities—washing dishes, drying clothes—to lower-demand, lower-cost hours.

But it doesn't always work that way, Guo found. Some customers have seen their bills increase when they wouldn't or couldn't change their household habits to take advantage of the lower rates.

Consumer complaints and concerns about the new meters have prompted lawsuits, fed headlines, and opened a credibility gap that has slowed the rollout of the smart grid, Guo found.

“It's a big inconvenience for these people,” Guo said. “People are very different. Some are sensitive to prices, some are not. People complain, ‘How come I'm not getting passed down the savings?' And the answer is (for some), we are overstating the benefits of the smart grid.”

Billions of federal Recovery Act dollars have paid for many of those smart meters and helped prod the transition from the legacy grid toward a smart grid in recent years. But that money has now been spent. Without other incentives, such as regulatory changes to assure power companies a greater ability to pass through their costs to consumers, the pace of that transition will no doubt slow, Guo said—but it won't stop.

The potential benefits of a more-efficient, more-resilient, smarter grid are too large, both for the electricity industry and for society as a whole, he noted. The Electric Power Research Institute, an industry group, estimates that a fully deployed smart grid would yield more than $1 trillion in savings, efficiencies, and other benefits over 20 years.

Just ask the people of Chattanooga. Their power company saved an estimated $1.4 million that night a storm tore through the city, and the lights came back on by themselves. 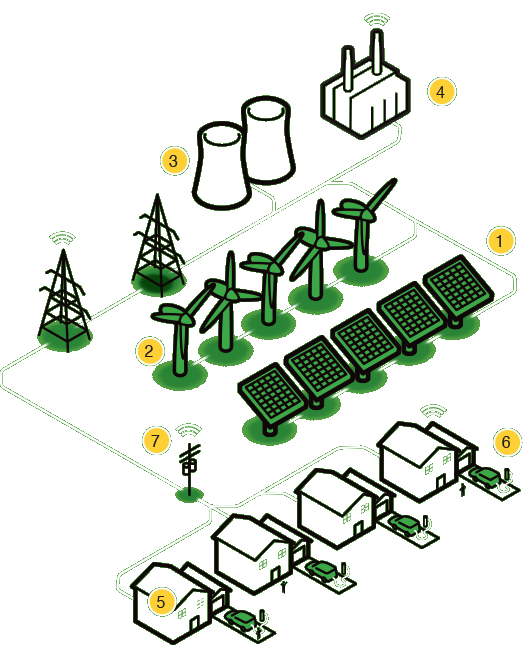 Elements of a Smart Grid System