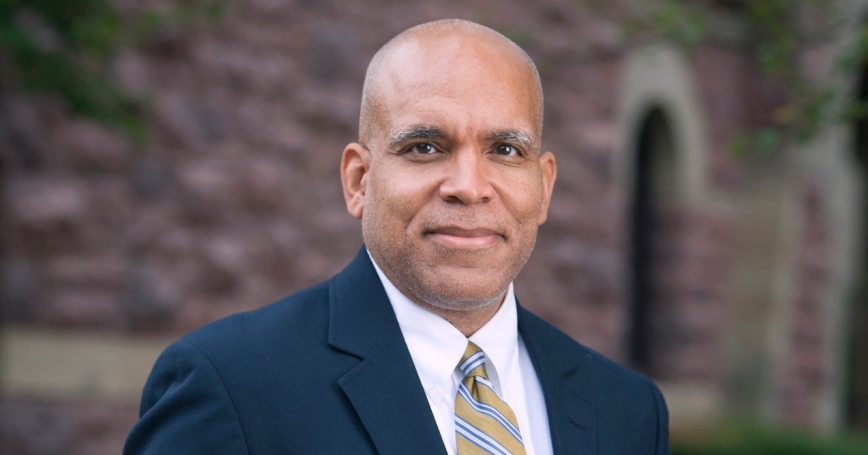 Raynard Kington has spent his career working to improve diversity at the highest levels of biomedical science—“and it's not getting easier,” he says. He currently serves as president of Grinnell College; he previously worked as a senior scientist at the RAND Corporation before becoming a division director at the Centers for Disease Control and Prevention and then deputy director and acting director at the National Institutes of Health.

He recently spoke at RAND about the need for—and reality of—diversity in the biomedical scientific workforce.

On Breaks in the Career Pipeline

This is very clear: underrepresented minorities are less likely to attend college, less likely to receive Ph.D.'s and to be assistant professors. What's also very clear is that there are certain transition points where the big shifts occur. As you move from high school to college, you see this drop-off in the percentage of African-Americans and Hispanics; then to graduate school, another drop-off; and then another at the assistant professor level.

We clearly need more rigorously studied interventions at every step of the career stage. A couple years ago, I wrote an op-ed making the case for “redshirting” in academics. The idea is that for students who really were clearly stuck in horrible K-12 systems but were smart, and for whom you had evidence that they could succeed, instead of putting them immediately into a very competitive college, why not have them spend a year either at an affiliated school or boarding school to give them the skills to catch up?

On Disparities in Research Funding

We never had—at any point in time—more than 2 percent of principal investigators of NIH grants who were African-American.

We looked over years and years, and we never had—at any point in time—more than 2 percent of principal investigators of NIH grants who were African-American. Probably the most important cause for this is different career trajectories related to factors such as differences in access to mentoring networks. Bias in the review process may also play a role, but certainly not a major role. When we raised this last issue, there was a big hoopla. There was an NIH task force, there were all sorts of commentary, letters to the editor, and repeatedly, scientists saying, “I don't discriminate.” And that's it. The whole notion that maybe, just maybe, they may not be aware of biases in their behavior—whether in review or in choosing which young people to mentor—was just completely lost on a big chunk of the scientific community.

On Subtle Manifestations of Bias

I noticed I was identified in a journal blurb on this topic as being African-American. Not a single other investigator was identified by race. So I thought, here's a teachable moment. And to the journal's credit, they said, “Write about it, we'll publish it.” And so I wrote a piece and said, “This is it. This is how it works. A small difference, but multiply this times a thousand.”

On the Elephant That's Never Discussed

I have a picture of my family from 100 years ago. It's 1914, and those are my grandparents, who were the children of slaves. I raise this because you would think the history of the United States began in 1965 based on the conversation about current diversity issues. It's as if there's no recognition that what we see has been a long time coming. We've had 300 years of slavery and then intensive legalized oppression. And we have a huge evidence base about intergenerational transfer of advantage and disadvantage. It's going to take us a long time to address these problems. But we won't get anywhere unless we actually talk about the real pathways and impediments to achievement.