Nuclear Negotiations with Iran: Looking Ahead 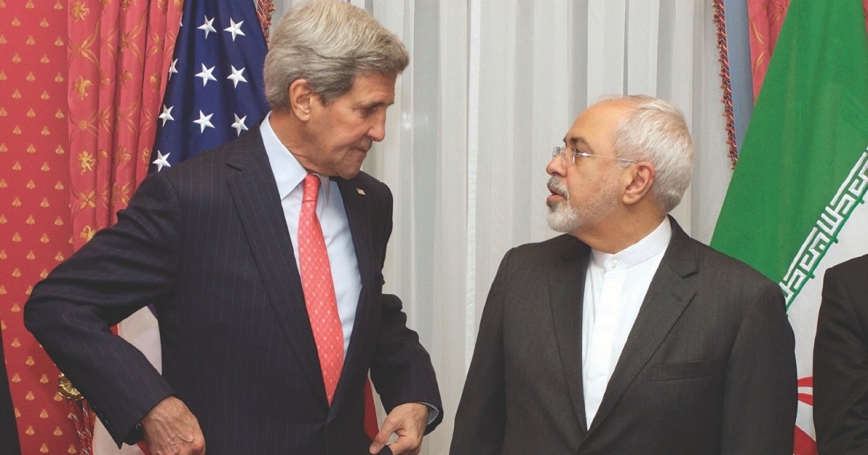 Even as world leaders worked to piece together a nuclear deal with Iran, RAND experts were focused on the future. What would change, they asked, on the day after a final deal?

That question launched a yearlong project within RAND to give policymakers a clear-eyed view of what a nuclear deal would mean. The work that resulted has appeared in Capitol Hill briefings, top-level policy conferences, national op-eds, and even Persian radio broadcasts, helping to inform the global debate.

The leaders of six countries (the United States, Russia, China, the United Kingdom, France, and Germany) have given themselves until June to forge a final deal with Iran. A framework for the deal, announced in April, promises Iran some relief from economic sanctions in return for long-term limits on its enrichment of uranium, an effort to restrain its ability to make a nuclear weapon.

President Obama called it an “historic understanding” and said, if fully implemented, it would “resolve one of the greatest threats to our security.”

How those obstacles are met will help shape the days after a deal with Iran.

Would a Deal Signal a Larger Thaw in American Relations with Iran?

Not any time soon. At best, American officials are waiting to see whether Iran holds up its end of any deal—and warning that the consequences will be swift and strong if it reneges. They'll want proof of Iranian compliance before they broach the possibility of further engagement or concessions.

That's the safest bet for American policymakers. Iran's own history of dodging nuclear inspectors and hiding nuclear equipment offers plenty of reason for hedging. American allies in the region—especially Israel—are deeply troubled by any deal that doesn't strip Iran of all nuclear capabilities. Such a deal would also be a hard sell for U.S. politicians at home, especially heading into a presidential election. 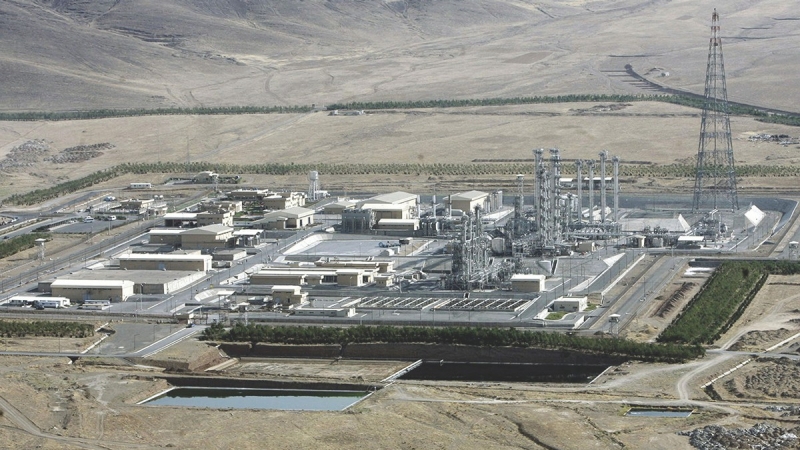 But that approach may miss an historic opportunity to engage Iran and push it toward a more moderate future. A nuclear deal cracks the door for the two countries to emerge from a prolonged deep freeze in their relationship. That could eventually allow the United States to shift resources and military forces that have been committed to containing the Iranian threat.

Lynn E. Davis, a senior political scientist at RAND, has identified two possible policy scenarios that would encourage a new and improved dynamic between the United States and Iran. They hinge on Iran's complete cooperation with the terms of a nuclear deal; anything less, and harsh consequences such as tougher sanctions or possible military action could be in play.

Any path the United States takes will be razor-thin and risky on all sides. Anything less than a hard line against Iran would alarm U.S. partners and almost certainly face strong opposition at home. But a hard line also jeopardizes Iran's acceptance of a deal, and possibly even its cooperation in meeting its promises.

“There is no question that the easiest way ahead … is to adopt a ‘wait-and-see' attitude and make no changes in policies,” Davis wrote. But, she added, “The stakes are too high not to give these alternative policies much more serious consideration than has been apparent to date.”

Would a Deal Lead to a More Moderate Iran? 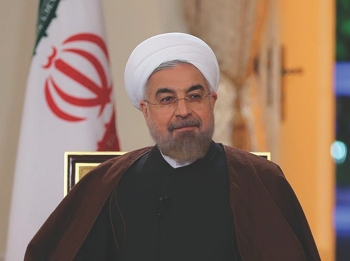 Iran's new president, Hassan Rouhani, has promised a government of “prudence and moderation.” He has dialed back the rhetoric on Israel, reached out to neighboring countries, and even made a personal phone call to President Obama during a visit to the United Nations—all of it unheard-of during the past decade of Iranian isolation and bluster.

But there's one problem. Old-guard conservatives hold the real power in Iran, especially Supreme Leader Ayatollah Ali Khamenei, and anti-Americanism is an article of faith for them. Any turn toward America would undercut their authority.

As Alireza Nader, a senior international policy analyst at RAND, put it, that part of Iran's leadership “needs the United States as an enemy.”

A nuclear deal—and, more importantly, the lifting of some economic sanctions—would give Rouhani a boost and may buy him some freedom to pursue his domestic and foreign-policy reforms. But Khamenei and his conservative allies will still maintain a tight grip on Iran's economy, military, and security forces.

Any improvement in Iran's relationship with the United States after a nuclear deal will be neither sudden nor dramatic.

That means any improvement in Iran's relationship with the United States after a nuclear deal will be neither sudden nor dramatic. It also means a deal will not likely lead to any great breakthrough in Iran's anti-Israel stance or in its strained relationship with Saudi Arabia, both major drivers of regional unrest.

But a nuclear deal may offer a sliver of opportunity for the moderates in Iran's government to push for even more engagement with the United States and the West. This would be baby-step diplomacy, and if there's any common ground where it might happen, it would be Afghanistan and, maybe, Iraq.

In the schism that divides the Islamic world, Iran is the Shi'a power, which makes it a natural enemy of the Taliban in Afghanistan and the extremist militants fighting in Iraq, all of whom are Sunni.

Iran's leaders have hinted that they may be open to greater cooperation in Afghanistan, especially as the United States draws down its troops there. Both the United States and Iran also will likely need to cooperate in any future negotiations to end the civil war in Syria, although Iran has allied itself with the Syrian regime while the United States has supported some of the insurgency.

A final nuclear deal “cannot be expected to greatly diminish the U.S.-Iran rivalry,” Nader wrote. But it does open up the possibility—after a decade of stalemate—of limited engagement on some regional issues. He quoted Ayatollah Khamenei: “The Islamic Republic will negotiate with the Satan on specific issues that are of interest.”

Will Israel and Saudi Arabia Intervene?

Israeli Prime Minister Benjamin Netanyahu has been blunt in his assessment of the proposed nuclear deal with Iran: “This is a bad deal,” he told a joint session of Congress in March. “It's a very bad deal. We're better off without it.” He and other Israeli leaders have warned that any deal that falls short of stripping Iran of all nuclear-enrichment capabilities will pose an unacceptable threat to Israel.

Saudi Arabia also has reason for concern. As the leading Sunni power in the Islamic world, it views the rise of Shi'a Iran as a direct threat to its security and regional leadership. 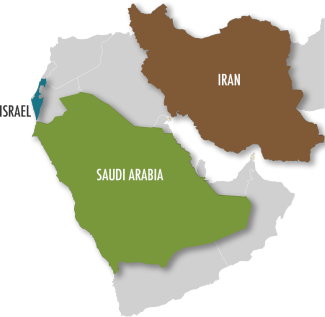 Any deal will face strong opposition from Israel and Saudi Arabia, but both countries are likely to adapt to the new reality of a deal rather than actively work to overturn it.

Both countries could attempt to sabotage a final nuclear deal with Iran; Israel has even threatened military strikes in the past. But RAND's analysis concludes that they are more likely to adapt to the new reality of a deal—grudgingly, and not without making waves—than to actively try to sink it.

Israel, for example, is unlikely to go it alone with a military offensive after the rest of the international community accepts a nuclear deal with Iran. Instead, it may ratchet up its military interventions against Hezbollah and, possibly, the Syrian regime, both closely tied to Iran.

More likely, Israel will encourage the U.S. Congress even after a deal to maintain economic sanctions against Iran. Israeli officials have made it clear that they have zero confidence that Iran will abide by the deal. As one adviser to Netanyahu said, “There will be an understanding that Israel was not crying wolf.”

Saudi Arabia, meanwhile, lacks the military strength to strike Iran on its own. Its most troubling response—not especially likely—would be to announce plans to acquire its own nuclear bomb to counter what it sees as a threshold nuclear threat in Iran. That could provoke a regional arms race.

The Saudi kingdom views the proposed deal with Iran as evidence of the United States' wavering resolve in the Middle East. Its most likely response will be to try to shut down any further diplomatic openings that might bring Iran into other regional issues, and work to spoil the chances of any greater thaw in U.S.-Iran relations.

The opposition to a deal from two of the region's most important players means that the United States will have to keep the lines of communication open at the highest levels as a nuclear deal goes forward. Among the greatest challenges: assuring both Saudi Arabia and Israel that any failure by Iran to live up to the terms of its agreement will be met with strong consequences brought by an international coalition.

“Getting to a final nuclear agreement will not be easy,” wrote Dalia Dassa Kaye, director of the RAND Center for Middle East Public Policy, and Jeffrey Martini, a Middle East policy expert at RAND. “But it is critical for U.S. policymakers to begin preparing now for the days after a deal.”

Donors played a pivotal role in RAND's effort to inform the national and international debate over a potential nuclear deal with Iran. Their support helped RAND's experts get this research and analysis into the hands of key decisionmakers through briefings on Capitol Hill and a high-level conference in Washington, D.C., that brought together journalists, experts, and former officials, including former National Security Adviser Stephen Hadley, former CIA Director David Petraeus, and Washington Post columnist David Ignatius. Their support also helped attract significant media attention: The researchers detailed their findings in several press interviews, including one with Persian Voice of America, which broadcasts into Iran.

RAND's program of self-initiated research, through which funds are awarded to pursue big ideas that are important to the public interest but that have not been funded by traditional research sponsors, helped produce this project's initial series of reports. Support for this program is provided, in part, by the generosity of RAND's donors and by the fees earned on client-funded research.