In the Interest of Justice 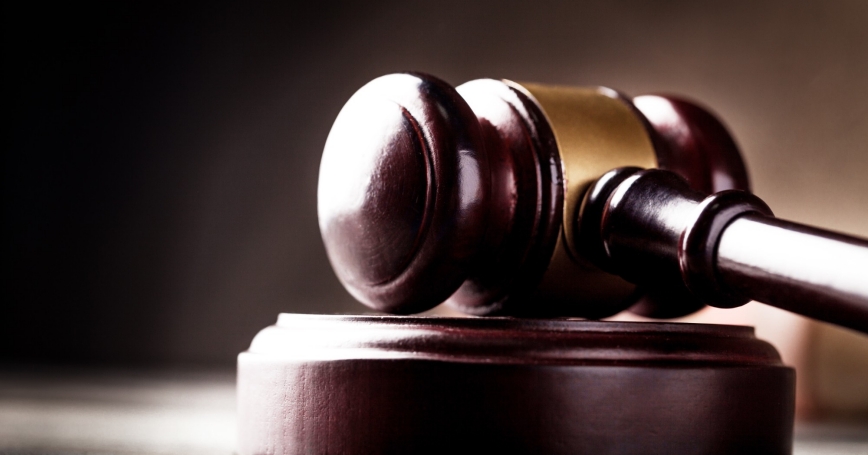 On May 16, 2015, K. Jack Riley delivered a commencement speech to graduates of the Department of Criminology at the University of Pennsylvania School of Arts and Sciences. Below are excerpts from his speech.

The line between criminal justice and national security is getting blurrier all the time. Many of the same issues that burden our communities also burden our foreign policy and our conduct of international affairs. Consider these issues that have been in the news lately: profiling, sexual assault, and apprehension and detention practices.

We are all familiar with profiling in the context of police stops of motor vehicles or in the context of TSA and Homeland Security officials trying to spot terrorists at airports. But profiling is used in many other efforts to counter violent extremism. Most notably, the president has the power, on the basis of behavioral and physical profiling of suspected terrorists, to authorize “signature strikes” with drones, meaning that the government can attack and potentially kill someone based not on trial and conviction but on behavior patterns alone.

We see the issue of police apprehension exploding nationwide because of the use of force against civilians in Ferguson and Staten Island and Baltimore and beyond. Likewise, in military detention over the past decade, we have seen deplorable acts of abuse committed by our own people at Abu Ghraib prison in Iraq and troubling methods of prisoner interrogation at Guantánamo Bay detention camp in Cuba.

These events could cause us to doubt the fairness of our systems of justice. In all of these cases, at home and abroad, personal security is at stake, liberties are at stake, and lives are at stake. How do we simultaneously ensure security, preserve liberty, and protect lives?

This is where I am looking to you for help. You will be the probation officers, the corrections officers, and the forensics experts in whose hands the liberty of many will reside. You will be the legal scholars, judges, journalists, and academics who will debate and tip the ever-shifting balance between security and liberty. So, although I don't have the answers to the many tough questions we face, I do have three principles that I think can help your generation of practitioners and scholars take us where we need to go.

Principle No. 1: Commit Yourselves to Objective, Dispassionate, Scientific Analysis

Advocacy is laudable and necessary, but it must be grounded empirically before it can succeed.

Back in the mid-2000s, [two colleagues and I] became interested in drug sentencing. California and Arizona voters had passed ballot initiatives that were in large part motivated by the perceived oversentencing of low-level drug offenders, especially marijuana offenders. In both states, the initiatives were expected to divert these offenders, thought to be low-level, from prison to treatment.

We secured the cooperation of prosecutors in both states and traced the paths of individuals from arrest, through prosecution and plea-bargaining, to their ultimate sentence. We coded the quantities of drugs each person had been caught with, the absence or presence of a firearm, and other factors. We also traced what happened during the plea-bargaining process. As the graduates here know, plea-bargaining is the widely accepted practice under which prosecutors and offenders negotiate, typically for shorter prison sentences in exchange for sure convictions.

What we found surprised many people. Namely, the black boxes of prosecution and plea-bargaining had been obscuring the ground truth: The offenders who had been imprisoned on low-level drug charges had often pled down their cases from far more serious offenses, frequently involving substantial quantities of drugs.

Don't be afraid to use your careers to look inside black boxes, to find out things that are counterintuitive.

Our analysis supported what the district attorneys were claiming in both states: that they would no longer have the incentive to plea-bargain, because any serious offender given a low-level charge would automatically avoid conviction and be diverted to treatment. As a result, the initiatives had the potential to clog the courts with cases going to trial on higher-level drug charges. In the end, more people could go to prison for longer sentences than before, defeating the purposes of the ballot initiatives. And all of this could happen because the drug offenders turned out to be more serious offenders than the voters had assumed.

The moral of the story? Don't be afraid to use your careers to look inside black boxes, to find out things that are counterintuitive, and to help us get to the ground truth as a first step in the prolonged process of creating lasting change. So gather your facts and illuminate what is dark, because real contributions are made when people challenge the conventional wisdom. Scientific rigor matters enormously in the field of criminal justice, where freedom and lives are at stake. Remain committed to scientific principles not in the interest of science, but in the interest of justice.

Principle No. 2: Hold Your Research and Analysis Up to the Highest Level of Criticism You Can

Virtually nothing you do in a professional capacity is likely to remain anonymous or undiscovered in the modern era. Whether your work ends up on the front page of the New York Times or on the homepage of Gawker or BuzzFeed, your analytic and scholarly efforts—and your motives—are increasingly likely to be dissected through crowdsourcing and searing public exposure. Rigorous peer review will help ensure that your work is ready for the harsh glare of public scrutiny.

Pick your harshest critics and have them test your assumptions and analysis. And don't rely on the temptation to have just your final document reviewed. Invite criticism and new perspectives at interim stages of your work to help ensure that you don't go off on the wrong track. Every aspect of your work should be subjected to extensive criticism and feedback, from beginning to end, before it is released. Because it will be after.

[For example, we] worked on the issue of racial profiling in Oakland, California. The Oakland analysis focused on the issue of potential racial bias in routine traffic stops. We helped design the data collection form. To make sure our data collection methods were widely credible, we involved the police, civil rights leaders, and community groups in designing the methods.

One result of the data analysis was counterintuitive to everyone: We found no overt pattern of racism in the initial decision to stop a motorist. However, the results did point to two trouble spots. First, there were individual officers whose patterns of traffic stops stood out as outliers compared with their peers who had conducted traffic stops in very closely matched circumstances. Second, community members and civil rights leaders had urged us to design data collection methods that included post-stop activities. It was a great lead. They strongly suspected, and our analysis later confirmed, that there were racial disparities in certain post-stop activities, with African-American drivers more likely to be detained longer and to be pat-searched for weapons than were their white counterparts.

The moral of the story is to incorporate the key stakeholders into your work, to involve them in rigorous stakeholder reviews, and to adapt your course based on that input.

Principle No. 3: Don't Let Heinous Events and Inflammatory Rhetoric Lead You Astray from the Principles Our Country and Legal System Were Founded Upon

Our legal system is founded upon the core notions of a right to fair trial and of being innocent until proven guilty. As our chronological and psychological distance grows from the 9/11 terrorist attacks, which occurred in 2001 when many of you were quite young, the heat of that era's rhetoric recedes, but the consequences linger.

This past December, more than 13 years after the 9/11 attacks, the U.S. Senate Intelligence Committee released a long-awaited report that makes clear that we have tortured people and that torturing them did nothing to help us gather intelligence from them. This is true of some detainees who were neither captured on a battlefield, nor even caught trying to evade police, but who turned themselves in believing that they would get a fair hearing under U.S. justice.

I commend to you a book called Guantánamo Diary. It is a memoir by a Mauritanian detainee named Mohamedou Ould Slahi. He remains imprisoned in Guantánamo to this day after more than 12 years without a trial or hearing. According to sources other than his autobiography, he is among those who have been physically and psychologically abused. Tortured.

He wrote, in longhand, a 400-page manuscript that is uplifting, humorous, and redemptive of the human spirit. Regardless of his actual innocence or guilt—and to be clear, I don't know which is true—Slahi's journey is a reminder of the perilous slope upon which our criminal and national security systems are perched. It is too easy for us to dehumanize the opposition, or the people whom we imprison, or the people, such as our police, whose jobs may bring them into conflict with the public. The Senate report provokes a sense of regret about how we responded at a pivotal moment in history. I hope in 2029 we do not look back on the events of Ferguson or Staten Island or Baltimore with a similar sense of regret. We should not betray our principles of justice in the quest for justice. We should never confuse the court of public opinion with the court of due process.

So, that's my advice and my plea to you: Pledge yourself to objective, dispassionate, scientific analysis as the best means of exposing the truth. Subject your work to scrutiny with the big stage in mind, and with your stakeholders and critics as prized participants. And uphold the core principles of our legal system, especially in times of fear and frenzy. There is no shortage of tough questions to which you can apply these principles.

K. Jack Riley is vice president and director of the National Security Research Division at the nonprofit, nonpartisan RAND Corporation.