Terrorism and Television: A Conversation with Howard Gordon 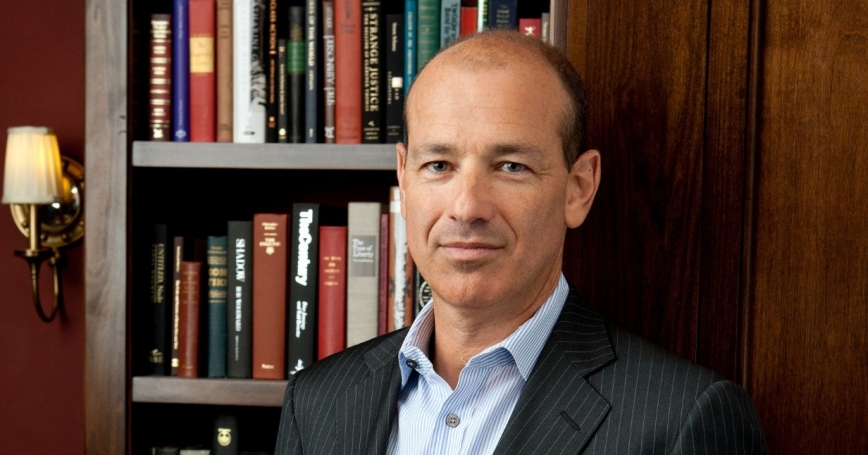 Howard Gordon is the newest member of the RAND Center for Middle East Public Policy Advisory Board. As the award-winning writer and producer behind television's 24 and Homeland, Gordon understands the need to tell a compelling story that will engage viewers over several seasons—and how polemicizing could undermine that objective. He recently spoke at a RAND Policy Circle event on how terrorism is depicted in entertainment and how entertainment influences life. Here are excerpts from that conversation.

We were shooting the third episode of 24 when 9/11 happened. After that, everyone thought the show would be canceled … that the audience would want comedies. As it turned out, the opposite happened. People were acutely interested in this story, and so was I. It changed everything. The show would have been vastly different had 9/11 not happened. It became the prism through which the audience viewed the show, and the one through which we wrote it.

On How the Arc of the Wars Affected 24

Jack Bauer was an action hero—not unlike Bruce Willis, Sly Stallone, and Clint Eastwood, who do whatever it takes to get what they need to get. No one really took us to task for anything in those first four years. No one blinked. Jack did some pretty extreme things, and that was one of the delights that we had as writers, and that the audience had as viewers.

After Guantanamo and Abu Ghraib and two wars that were going less well, the cast of 24 became a lot darker and more complex. We became a Rorschach test, in many ways, for the so-called war on terror and its conduct.

On Avoiding the Incendiary

As a creator, your first job is to tell a compelling story. But there's a certain responsibility that comes with it.

When we started 24, the show had a Muslim family living in Agoura or wherever they were living. The husband and wife were terrorists; the kid was, too, but had a change of heart. On the 405 freeway, unbeknownst to us, there was a giant lit-up billboard: “They could be next door.” We were contacted by the Muslim Public Affairs Council and by the Council on American-Islamic Relations, [who said], “We are afraid. This has implications for our lives here.” It was something that really made us think … it began a conversation. I began engaging, particularly with MPAC, on this very subject.

It's just a very thorny thing. It made us open our eyes and be aware, anyway, that this show has an impact. As a creator, your first job is to tell an exciting, emotional, engaging story, a compelling story. But there's a certain responsibility that comes with it. I started talking to groups and realizing I had this responsibility.

We're perpetually in a dance with reality. We were visited by a general, a 24 fan, who said a lot of interrogators in the field in Iraq and Afghanistan are taking a page from Jack Bauer. Media is powerful. It is one of our greatest exports. And artists do have an opportunity to humanize each other and each other's stories in a world that is really building walls and creating fear.

There's a book called Who Speaks for Islam? What a Billion Muslims Really Think. Gallup conducted polls and said, “Do you like Americans?” “Yes.” The follow-up question was, “Have you met any Americans?” The answer was no. “Well, how come you like Americans?” And the answer was [the TV show] Friends. It's not propaganda, Friends, it's a reflection of who we are. I think there's no greater export in some ways [than entertainment].