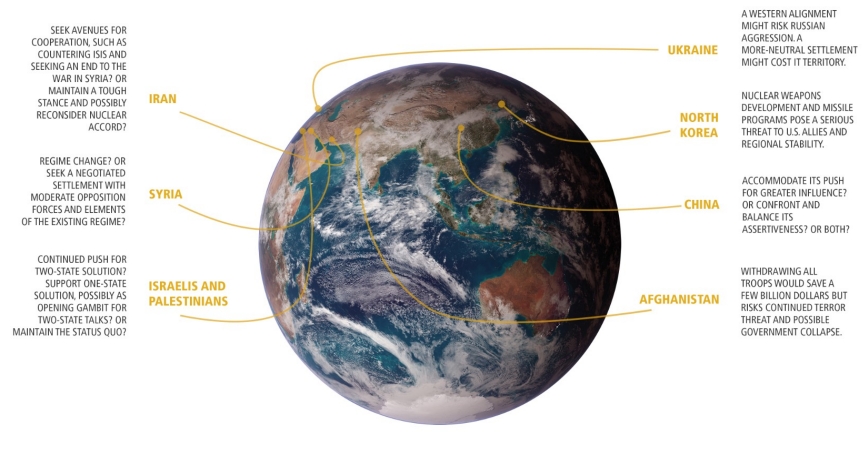 Everything changed in a few confused days in February 2014, as Russian soldiers in unmarked uniforms slipped into the Ukrainian territory of Crimea, seizing it with barely a shot fired.

It was an emblematic crisis of our time: sudden and swift, shattering bedrock assumptions of foreign policy, national defense, and world order. It served notice that Russia is still a force to be reckoned with, but it also underscored something even more fundamental about the world we live in: Threats can come from anywhere, anytime.

The blood-soaked streets of Syria. The darkest shadowlands of the Internet. Even a former Soviet territory that most Americans hadn't thought about since the Cold War.

Those threats, and America's options for dealing with them, are sure to fill hours of debates and television ads in the coming year of presidential campaigns. A team of RAND experts took a more sober look at the threats the United States faces and developed a playbook of strategies to address them. Its core objective: to preserve international order in the face of such a broad array of disorder.

It's a turbulent world. Consider this your guide.

A pro-Russia woman converses with a Ukrainian Army soldier in the village of Andreevka, Ukraine, May 2, 2014 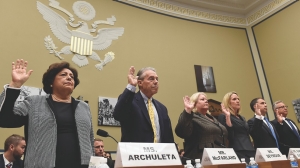 Office of Personnel Management officials are sworn in on Capitol Hill in Washington on June 24, 2015, prior to testifying before the House Oversight and Government Reform Committee hearing on recent cyberattacks 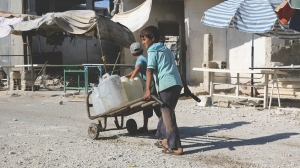 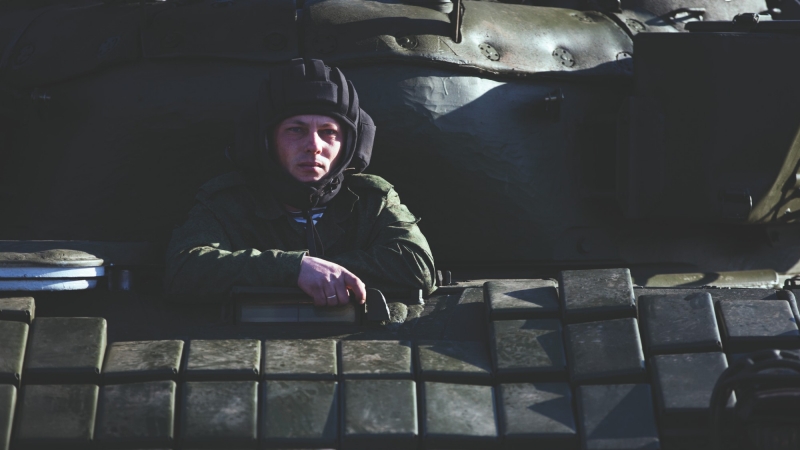 A Russian soldier sits in the tank T-72B at the Ostryakovo railway station not far from Simferopol, Crimea, March 31, 2014

The Russian tanks that clattered into Crimea also flattened a pillar of U.S. foreign policy: a belief that Eastern Europe had emerged from the Cold War standing and secure, and that America could turn its attention elsewhere.

The crisis in Ukraine has left America and its NATO allies badly outnumbered and outgunned in the Baltic states that border Russia. Those states are now calling for help, but NATO would need as many as 20,000 more troops—and months to deploy them—to set up a meaningful defense if Russia decided to invade. About half might have to come from the United States; European defense budgets are at an all-time low.

The United States might try to mediate a settlement of the crisis that ends Russian aggression in eastern Ukraine but also keeps Ukraine out of NATO.

The United States cannot let Russia's continued menacing of Ukraine go unanswered; China, for one, is watching. At the same time, though, it doesn't want to jeopardize Russian cooperation in other hot spots like Iran, Afghanistan, and Syria. Confrontation could become a stare-down with Russian president Vladimir Putin, what headline-writers have already started calling Cold War 2.0.

Instead, the United States might try to mediate a settlement of the crisis that ends Russian aggression in eastern Ukraine but also keeps Ukraine out of NATO. That might avert further conflict, but it's not a perfect solution: Russia would almost certainly maintain its hold on Crimea, which started the gears of conflict in the first place. 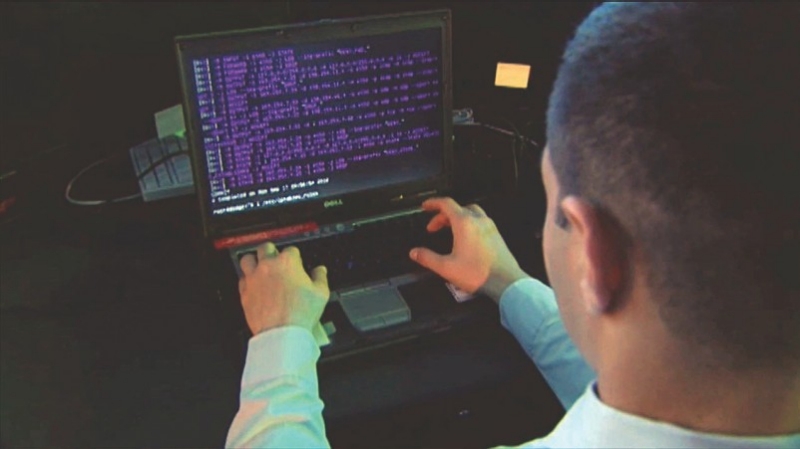 Photo by Department of Defense

The director of U.S. national intelligence didn't even mention the danger of a destructive cyber attack in his annual threat briefings to Congress until 2008. This year, he listed it first, ahead of even terrorism.

Cyber attackers—from armchair hackers to enemy cyber soldiers—have overwhelmed banking systems, wiped out commercial computers, and swiped sensitive files from the Pentagon itself. The threat of a catastrophic attack, targeting the electric grid, for example, grows more complex and unpredictable as everything from home thermostats to health monitors taps into the network.

The United States could push for international rules of engagement and behavior on the Internet, a cyberspace treaty.

Sometime in the next five years, the number of online devices is expected to surpass the number of human beings in the world by a ratio of six to one.

That underscores one of the biggest difficulties facing the United States as it lays out its cyber defenses. It must preserve the privacy of ordinary Americans, whose lives and livelihoods are more and more online, while protecting against attacks and tracing those that get through.

One option, admittedly a long shot: The United States could push for international rules of engagement and behavior on the Internet, a cyberspace treaty. Most analysts point out that the nations least likely to sign such an agreement are the ones most likely to mount an attack. But the process alone, and the international dialogue about the future of the Internet, might reduce the risk and isolate potential attackers. 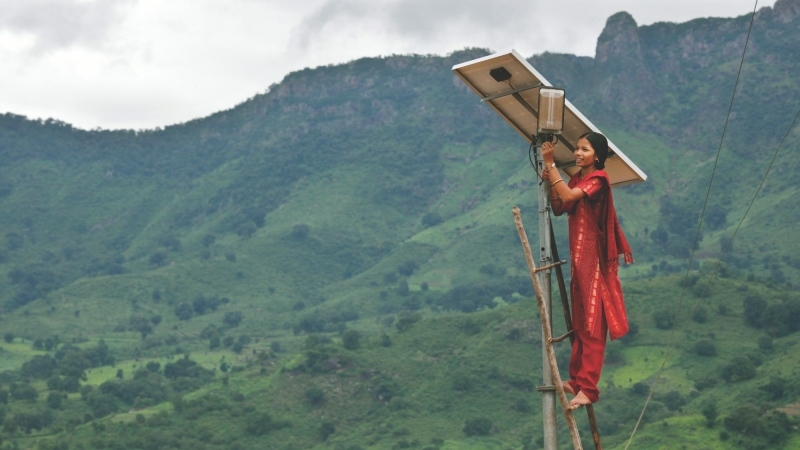 A woman in rural India tends to maintenance work on the solar street lighting in her village of Tinginaput. Huge pylons run across these hills, supplying power to the big cities—but rural areas like this are not connected to the main grid. The use of clean energy sources like solar power will be key to minimize the impact on climate change while meeting the growing demand.

World leaders will meet in Paris this year to consider a climate goal that may already be impossible to achieve: keeping global temperatures from rising more than 2 degrees Celsius above preindustrial levels. Climatologists warn that even that will create conditions that humankind has never witnessed.

The United States must take the lead on addressing climate change, either on its own or as part of any international agreement that emerges this year.

It will get hotter, and the seas will rise. What's less certain is what that will do to rain patterns, how it will change the worldwide distribution of food and water, how it will shape the geopolitical landscape itself.

The world will need to become far more energy efficient, and sever its reliance on traditional fossil fuels, to even come close to that 2-degree target. It also will need to start capturing greenhouse gases like carbon dioxide; some early technology exists that would allow for storing them deep underground.

The United States must take the lead, either on its own or as part of any international agreement that emerges from Paris this year. It could increase funding for clean energy technologies, set a price for carbon emissions with a tax or cap-and-trade system, promote the use of nuclear energy, and increase efficiency requirements for cars and buildings.

U.S. leadership may not be sufficient on its own, the RAND experts wrote, but it will be essential. 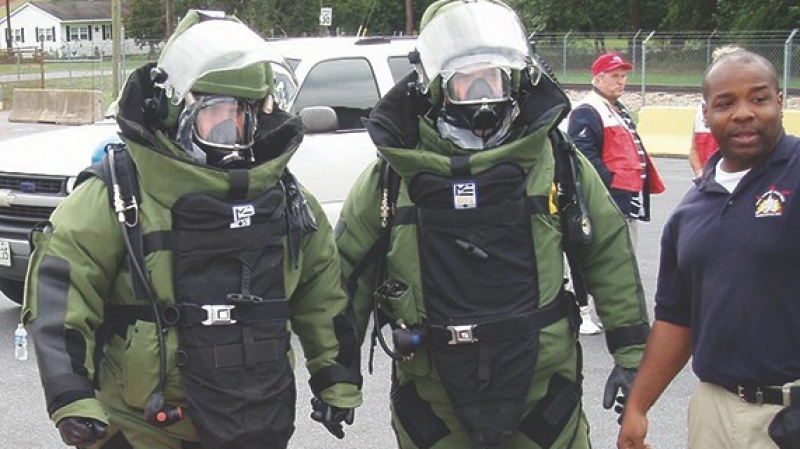 America has come to a crossroads in its fight against global terrorism. Its defensive posture has been hugely expensive but almost entirely successful in protecting against another homeland attack since 9/11. At the same time, the terrorist threat has continued to metastasize from the rocky badlands of Afghanistan to the war-torn cities of Syria and Iraq and the desperate villages of North Africa.

Critics say America has become locked in a cycle of killing one generation of terrorists only to create another.

Critics say America has become locked in a cycle of killing one generation of terrorists only to create another. The next administration might consider a strategic shift toward combating violent extremism with more aggressive political and social efforts at community outreach, counter-messaging, and counter-radicalization.

It will have to balance the growing demand for civil-liberties safeguards, especially in the wake of revelations of secret government surveillance programs that scooped up massive amounts of telephone and computer data. Congress has rolled back some of those programs, but the momentum will almost certainly swing back to a more aggressive approach if there is another attack.

Meanwhile, finding a way to end the fighting in and around Syria would suppress some of the most virulent international terror groups and help cut off their supply of recruits. The United States has launched an air campaign against the self-described Islamic State, but critics say that alone will not be enough to defeat it. More logisticians, more trainers, and better intelligence support—on the ground—might. 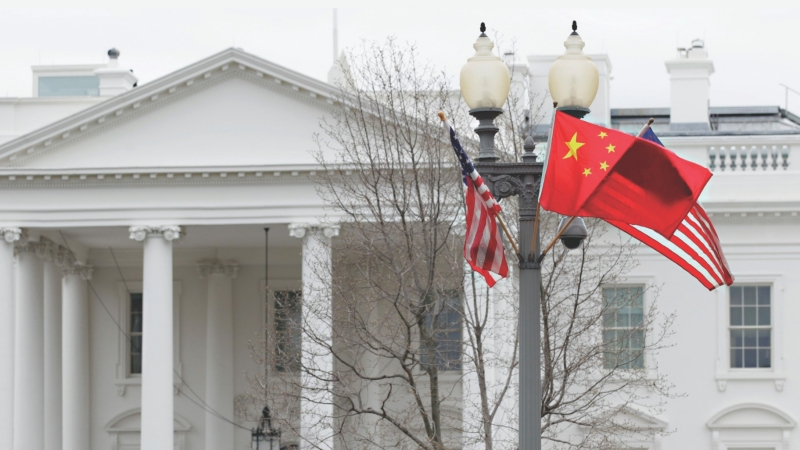 The United States will likely maintain its status as the world's largest economy for at least another two decades. But it will face growing demands for recognition and respect from the economic teenager that is China.

China does not want to overturn the international order. But it does want to reshape it in a way that reflects its power and influence.

China does not want to overturn the international order, from which it profits greatly; but it does want to reshape it in a way that reflects its power and influence.

The United States could try to counter China, taking a hard line against its more-assertive foreign policies and shifting more military forces to the East. But such a confrontational stance could destabilize the region and cost the United States crucial Chinese cooperation on climate change, Iran, North Korea, and other international threats.

The United States could instead try to accommodate China, maybe even support some Chinese economic and foreign-policy initiatives. But that would leave the United States flat-footed if China takes a more aggressive turn. It also would require a careful balance, with reassurances to allies in the region that the United States remains committed to their security and interests. 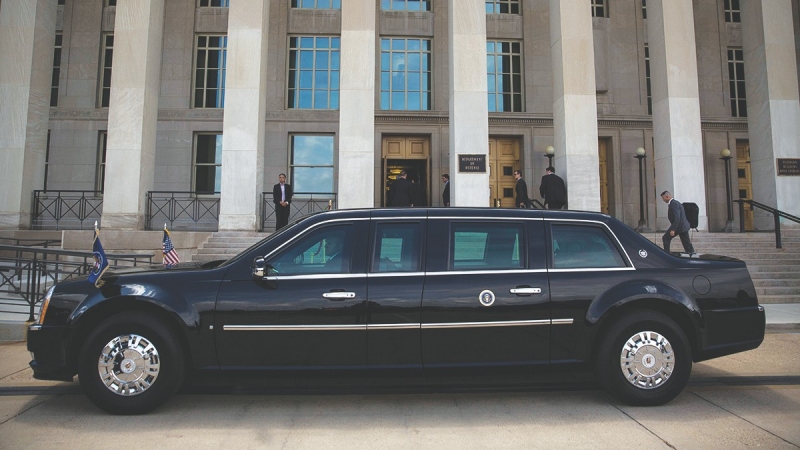 President Barack Obama's motorcade sits outside the Pentagon before the president's meeting with members of his national security team concerning ISIS, July 6, 2015

The United States is not prepared to face military threats on three fronts, with Russia glowering at its neighbors, China flexing its growing muscle, and parts of the Middle East collapsing into chaos. The U.S. defense budget has fallen hundreds of billions of dollars short of what it needs to modernize its forces, address existing threats, and strengthen its posture of defense and deterrence.

“The past few years have been a reminder that stability is not the natural state of the international environment, that peace is not self-perpetuating, and that whole regions can descend suddenly into anarchy.”

The readiness of U.S. forces today is “rather poor,” senior fellow James Dobbins, a former ambassador and special assistant to the president, wrote in the opening essay of what will be a series of reports on the challenges facing the United States. The nation now faces the possibility of fielding a “hollow force,” insufficient to counter the challenges that it faces, Dobbins wrote.

“The past few years have been a reminder that stability is not the natural state of the international environment, that peace is not self-perpetuating, and that whole regions can descend suddenly into anarchy,” Dobbins wrote.

Faced with threats as varied as warming oceans, computer hackers, and the Islamic State, the United States should set as its first priority the preservation and expansion of a rules-based global order, made up of states willing to accept—and capable of enforcing—agreed-upon norms.

“If the United States does not lead,” Dobbins wrote, “no one else will.”

“Two years ago, amid war fatigue at home, tumult in the Middle East, and trepidations about Russian and Chinese intentions, I asked Ambassador Richard Solomon to lead a team of RAND colleagues in taking a fresh look at America's role in the world. With the United States heading into a presidential election campaign, I saw both a need to offer evidence-based, feasible policy options to inform the electoral debate and an opportunity to discuss larger strategic questions on which there is little consensus today.

“What are America's international ambitions? What level of international engagement is the public prepared to support, and what can be sustained? How might the next president exercise international leadership in a tumultuous world, and to what end? And is there a coherent 'grand strategy' for diplomacy and defense that would align the wide array of U.S. interests with the means to achieve them?

“The result is our Strategic Rethink project. We pulled together some of our best minds to produce a guide for policymakers and citizens, educators and the media, on the most critical global choices and challenges that this president and the next will likely face—whether the public has yet focused on them or not.”