How Will Technology Change Criminal Justice? 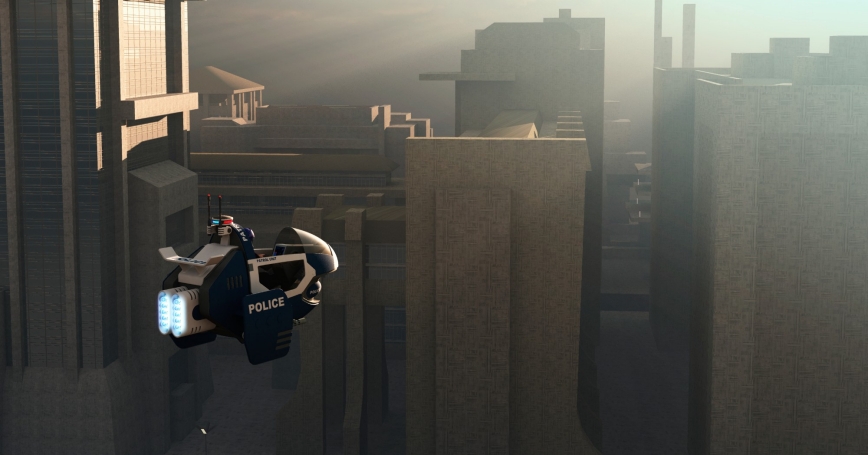 RAND brought together law enforcement officers, academics, technology experts, and professional futurists and asked them to envision how crime, policing, and society itself might evolve in the coming years—and what technologies police would need to keep up.

In early April 1928, a couple of enterprising young patrol officers rigged some glass tubes and copper wire into the back seat of their Detroit squad car, and changed the very nature of police work forever.

From the first crackling crime bulletin it received, their “radio cruiser” represented the great promise of technology to make communities safer—as well as its potential for unintended consequences. The radio car freed police from their old callboxes and foot patrols, but it also put an end to a tradition of beat cops who knew every name in their neighborhood.

The lesson is not lost on RAND researchers who have been helping law-enforcement agencies think about the future, and about how technology will change both their jobs and the communities they serve. Their research is grounded in the realities of police work today—improving the conversation on social media has emerged as a critical need, for example—but tinged with such science-fiction visions as smart suits, robotic cars, and surveillance dust.

In perhaps no other field does society have as direct a stake in getting technology right as in policing—as the reaction to military-armored officers on the streets of Ferguson, Missouri, in August 2014 showed. “How do you get on, and stay on, the path you want to be on?” said Richard Silberglitt, a senior physical scientist at RAND who has led some of the research. The visioning project, he added, “gives you a way to think about where are we going, what are the signposts, what are the things we can do to make sure we get to where we want to be.”

These are not Robocop visions of a far-distant future. RAND brought together law enforcement officers, academics, technology experts, and professional futurists and asked them to envision how crime, policing, and society itself might evolve in the coming years—and what technologies police would need to keep up.

It was not an easy assignment. Consider: Ten years ago, nobody outside of a top-secret Apple test lab had even heard of an iPhone.

The RAND panelists envisioned a future so saturated with data and information that police agencies will need new ways to tag, sort, and share what they know. Computers, for example, might be able to read a face and match it instantly to a national registry of Most Wanted mug shots.

The future might be so saturated with data and information that police agencies will need new ways to tag, sort, and share what they know.

The panelists imagined real-time language translators that police could hold in their hands; and biometric sensors embedded in their uniforms that could show where they are, even inside a building, and monitor their stress levels. Those future officers might also have mobile displays—like smart glasses, for example, one panelist said—that can feed them information in real time, from the registration of a car they're chasing to the criminal history of someone they stop on the street.

At the farthest edge of that vision—the hazy “third horizon” in futures-speak—the RAND panelists imagined micro-drone surveillance dust, exoskeletons, and implanted “brain bots.” None of those ranked very highly in need, usefulness, or reality.

In fact, all of the ideas came with a very big asterisk: These were not predictions of what will happen, but wish lists of technologies that could help police keep up with an ever-innovating society and its criminals. Another asterisk: Some of the highest-ranked needs were not futuristic pieces of hardware at all, but information and training to help police make more effective use of the technology they have.

Social media, for example, was the top focus of one panel. It ranked as a need, not a want, a way to reconnect police to the communities they serve and to foster a future of mutual cooperation instead of mutual distrust. That would require more than just sunny Facebook posts and chirpy tweets—a real online give-and-take, with police sharing information and trends at the neighborhood level and engaging the community in solving problems as they occur. “An electronic neighborhood watch,” said Chief Richard W. Myers of the Newport News Police Department in Virginia. He co-authored a textbook on the future of policing and served as the interim chief in Sanford, Florida, in the aftermath of the fatal shooting there of black teenager Trayvon Martin.

The very purpose of RAND's visioning exercises was not so much to dream up the most gee-whiz inventions, but to consider the consequences—for police and for society—of such future technology. In other words: to see the potential of the next radio car to make police quicker and more effective, but also its potential to erode that community connection.

Many future technologies could carry serious implications for civil liberties and personal privacy that will need to be addressed before those innovations hit the street.

That means safeguarding civil liberties and personal privacy at every technological step, RAND cautioned. Many of the future technologies it identified could carry serious implications for both, and those will need to be addressed before those innovations hit the street. Is it a violation of privacy, for example, for officers to call up a data-tagged social history of a criminal suspect? How can police protect civil liberties when a computer is scanning faces and looking for mug-shot matches by algorithm?

“It's a highly difficult balancing act. You have to implement [technologies] in a way that simultaneously protects civil liberties,” said Thomas Cowper, a 32-year law-enforcement veteran and longtime member of the FBI Futures Working Group, who participated in one of RAND's panels. “We have to make sure one is serving the other. We have to start thinking about it.”

Those questions, more than any single piece of new equipment, will help determine what the future looks like for police and the people they serve. As academic reviews and news commentators put it during the months of passion and protest that followed police shootings and in-custody deaths in New York, Ferguson, North Charleston, and Baltimore: Will the police of the future be warriors, or guardians?

“Which forces will bend the trajectory?” asks Brian A. Jackson, a senior physical scientist at RAND who helps lead the law enforcement visioning project.

“It's about relationships between officers and people,” he added. “It comes down to: Do the forces that we see about people's fears about technology continue to push police away from the community? Or do these technology trends make it possible to push police closer to the community, and do the things that good officers know need to happen better?”

Waving Down a Driverless Car

A car careens down a city street, accelerating toward a police officer standing, calmly, in an intersection. The officer holds up a hand, and the car slows itself to a stop. 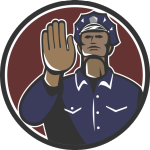 That may sound like a scene from a summer movie, but it appeared instead in a recent RAND research report. A future humming with cars that can drive themselves is coming, the report noted, and the implications for police agencies will be profound.

For starters, what kind of legal authority would that officer in the intersection need to wave down a car? What about to move a parked car blocking a fire hydrant? Or to ask a car to identify the people inside and where they had been?

Without human drivers running red lights or getting behind the wheel drunk, police agencies might no longer need the traffic divisions that currently make up such a large part of their forces. And without moving violations, most will have to scramble to find another funding source as stable and sizable as ticket revenue.

“A lot of law enforcement contacts are based on stopping people for moving violations,” said John Hollywood, a senior operations researcher at RAND who led a recent research panel on the future of police technology. “What happens in the future when self-driving cars, for the most part, don't make mistakes?”