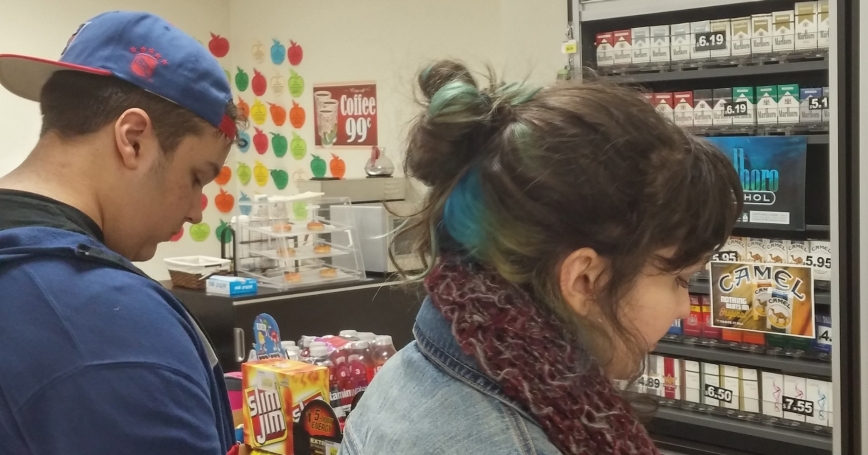 RAND researchers wanted to test whether new regulations could help silence some of Big Tobacco's sly appeal to young consumers—not in theory, but in the cash-and-carry real world.

So, in a recent experiment, they did the next best thing to renting out a 7-Eleven. They built their own fake convenience store—stale coffee and all.

Tobacco companies spend hundreds of millions of dollars every year to promote their cigarettes in just such stores, with can't-miss displays positioned right behind the cash register. Those “power walls” operate on the same marketing principle as the candy racks in supermarket checkout lines: Snag impulse buyers, especially young ones, just as they reach for their wallets.

The percentage of young shoppers who said they would try a cigarette sometime in the future changed depending on where the cigarettes were displayed in the store.

of those who saw the cigarette power wall behind the cashier 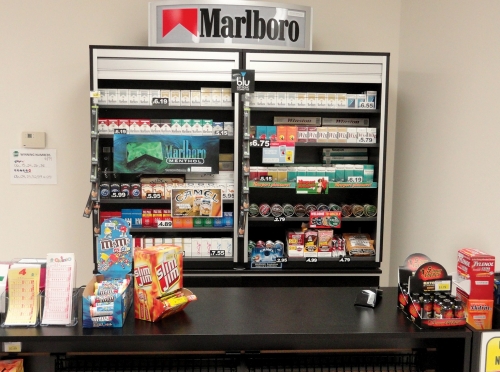 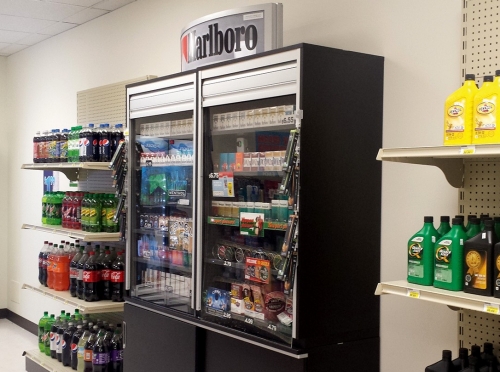 Approximately 15% of those who did not see cigarettes displayed 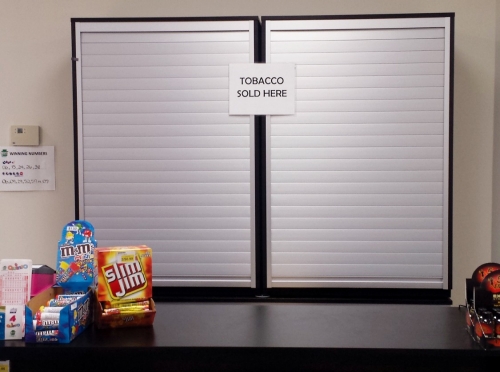 A few local governments in the United States have tried to restrict power walls as a matter of public health, only to be beaten back by legal challenges from the tobacco industry. What was missing from the debate, the RAND researchers realized, was any real-world experiment strong enough to show whether power walls really do change young minds, and whether removing them would make a difference.

And that, they decided, would require a full-sized, fully functioning replica of a convenience store.

The researchers rented the hollowed-out shell of an old telemarketing call center in an office park in Pittsburgh. They moved in display racks and freezer cases, chips, and sandwiches. They scuffed the floors and left sticky soda spills on the shelves, to give it the right look. They even kept a pot of old coffee simmering on a burner, to give it the right smell.

They called it the RAND StoreLab, and the only thing that changed from day to day was the location and visibility of the tobacco power wall. Sometimes, the researchers left it behind the cash register; other times, they moved it to a side wall, or hid it completely behind a metal screen.

Hiding the tobacco “power wall” decreases kids' intention to smoke in the future.

Then, they invited in the teens and tweens—nearly 250 in all, each given $10 and a few minutes to shop in the store. Afterward, the researchers asked participants whether they thought they would try a cigarette sometime in the near future.

Around 30 percent of the young shoppers who saw the power wall—either behind the cashier or on a side wall—said they probably would. The number dropped by nearly half when the power wall was hidden, the researchers reported late last year in an article published in the journal Tobacco Control.

Tobacco companies have redeployed their billions of advertising dollars in recent years as laws and legal settlements banned them from radio and television, t-shirts and billboards. “The next, and probably final, battleground for the tobacco industry was point-of-sale retail locations,” Shadel said. “This study allows us to fill a gap in the regulatory literature. It actually helps bolster the argument [for further restrictions targeting the power wall].”

The researchers next plan to explore whether graphic posters warning about the dangers of smoking can scare consumers away from cigarettes. They're also planning another experiment to test whether gruesome warning labels on cigarette packs can convince adult smokers to quit.

At the StoreLab, in other words, the coffee is still on.