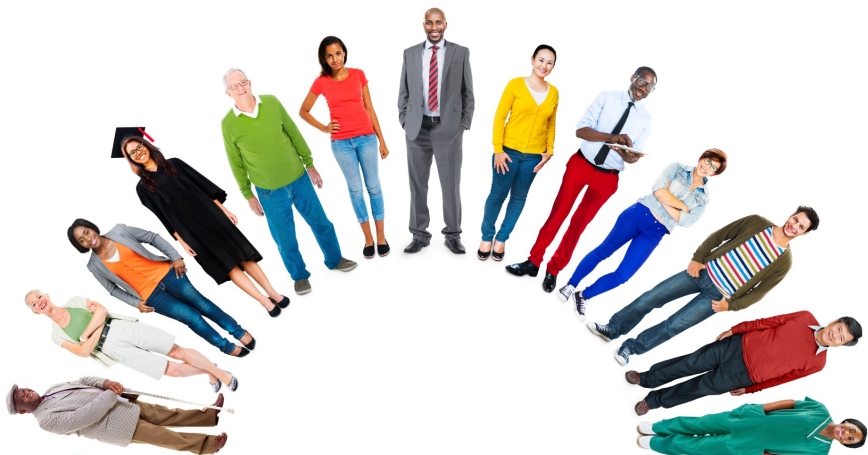 What's on your mind, America? For the past decade, a RAND survey has asked and answered that question on topics as diverse as the economic crisis, health care reform, and the political force of one Donald J. Trump.

It's called the RAND American Life Panel, and whereas many surveys present snapshots of public opinion, this one offers a stop-motion film of changing tastes and evolving attitudes. That approach helped make it one of the most accurate surveys in the 2012 presidential elections—and it's about to face another test in the crucible of 2016.

RAND designed the survey not just to predict winners and losers, though, but to get inside the black box of political and social science—how people see the world, and how that shapes their decisions.

“We want to go beyond the sound bites,” said Krishna Kumar, director of RAND Labor and Population. “We want to understand how people vote, how their opinions align with those of the candidates. We're really trying to feel the pulse of the nation.”

One big question the survey will seek to answer this year, for example: Do voters side with candidates whose views most closely fit their own, as conventional wisdom suggests? Or is it the other way around, the tail wagging the dog, with strong candidates reshaping the national conversation and bringing voters along with them?

The last time RAND took the pulse of the nation during a presidential election, in 2012, it came within about half a percentage point of predicting the final vote count.

That's the kind of question the American Life Panel was made to answer. Unlike many other polls that dip into random samples of people, RAND's survey follows the same 6,000 or so people over time. That allows it to capture not just their attitudes at a particular moment, but also how outside forces—from world events to local politics—shape and shift those attitudes.

This year's presidential survey taps into a subset of around 3,000 respondents—what pollsters call a nationally representative sample, big enough to allow them to draw conclusions about American thought in general. The presidential survey, like the American Life Panel itself, is conducted online, an important innovation as traditional telephone surveys falter in the age of the unlisted cellphone.

To make sure the surveys really do represent the nation at large, RAND even provides laptops and Internet connections to around 400 people who otherwise would not have them, so they too can participate.

The result is a unique look under the surface of American policy and politics.

The first wave of results from the Presidential Election Panel Survey, released earlier this year, showed some of what gave Donald Trump's candidacy its clout. It found a campaign fueled both by voter resentment of minorities and immigrants and by populist support for more liberal economic policies, such as tax hikes for the wealthy.

The one statement that best determined whether a likely Republican in the primaries leaned Trump: “People like me don't have any say about what the government does.”

On the Democratic side, survey participants perceived a small shift to the center by Hillary Clinton in recent months, widening the ideological gap between her and Bernie Sanders, who they considered significantly more liberal. The survey also found that fully 10 percent of respondents were leaning toward supporting neither the Republican nor Democratic candidates in the early months of the campaign, but “some other” candidate—more than enough to swing the election.

Those answers lay the groundwork for a running tally of voter sentiment through Election Day, allowing researchers to watch the inner workings of presidential politics, what works and what doesn't, in near-real time.

“As soon as a question comes up, we can get a survey out,” said Michael Pollard, a sociologist who helps run the survey. “We can get a really rich history of what people are going through.”

That's true for much more than just presidential politics. In recent years, for example, the RAND surveys have found that 44 percent of adults don't want their children playing football; that a third of Americans think they might catch Ebola; and that nearly 60 percent of workers still clock in while on vacation.

When the American economy congealed into the Great Recession, the surveys helped put hard numbers to the hardships of average Americans. They showed that nearly 40 percent of American households experienced a financial shock during the recession and its sluggish aftermath, from a mortgage slipping underwater to a layoff. They also showed that Americans were not just cutting back on dinners out, but also on doctor's visits and retirement savings.

A few years later, amid the blistering debate over the Affordable Care Act, RAND's survey uncovered a fundamental problem: Americans were largely unprepared to make good decisions about their own health care. More than 40 percent could not correctly define a deductible. The result: public-information campaigns that attempted to translate health care basics and benefits into plain English.

“You simply cannot understand public policy without understanding how that policy affects decisionmaking at the individual level, at the household level, at the community level,” RAND's Kumar said. The surveys, he said, represent a “crown jewel” of what RAND stands for: “We want to further the public good.”

In other words: This is no horse-race poll. Just don't tell the pundits and politicians that. The last time RAND took the pulse of the nation during a presidential election, in 2012, it came within about half a percentage point of predicting the final vote count.

This essay was also published in the Huffington Post on May 6, 2016.