The Hot Spots of the World 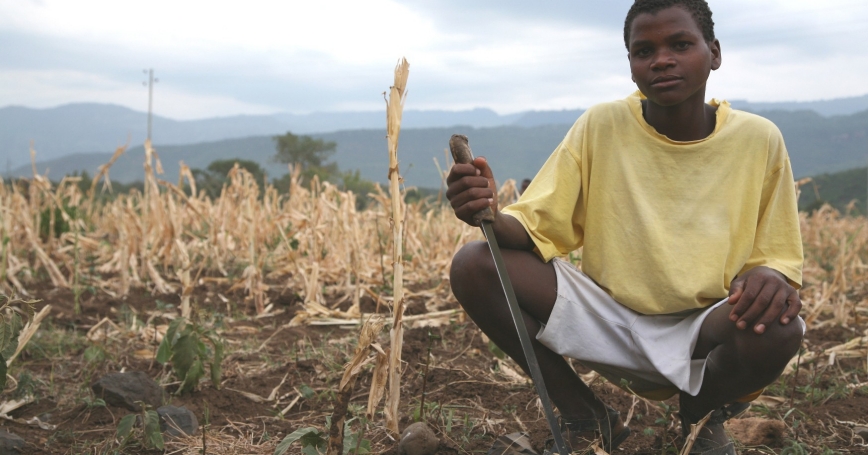 A young man in drought conditions in Ethiopia

Scarcity of food, energy, and water endangers the lives of millions. So RAND created a tool with the potential to help make aid initiatives more effective.

More people survive today without adequate food or clean water than live in the United States and the European Union combined.

For those poorest of the poor, the bottom billion, life can turn with every flicker in the worldwide supply of food, water, or energy. Analysts have come to see those three pillars of human existence as so tightly interconnected in a world stretched to its limits that a weakness in one can bring down the others.

Better understanding that nexus between food, energy, and water could strengthen international aid efforts—as well as preparations for global challenges to come, such as climate change. Researchers at RAND and students at the Pardee RAND Graduate School have spent years tracing the links and nodes of the nexus, country by country.

The result has been an unprecedented look at where people struggle the most just to survive—a map of the world, alight with need. 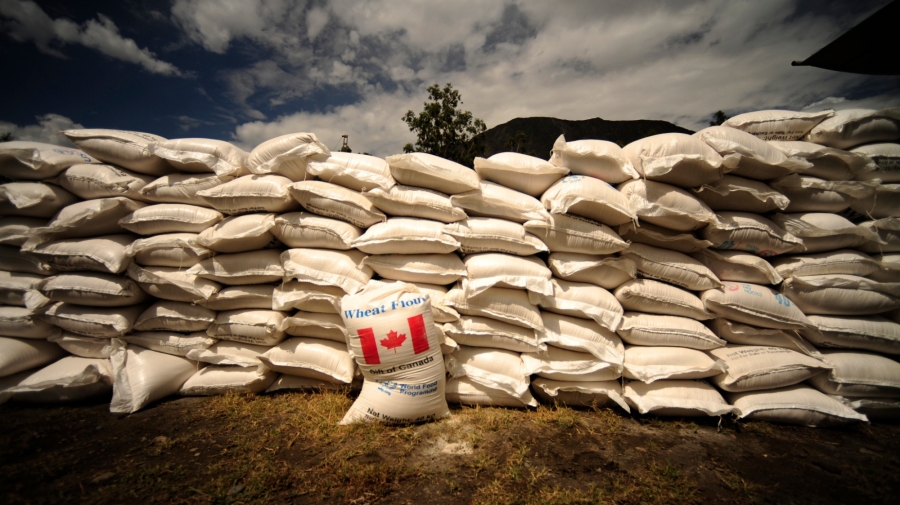 Hundreds of bags of flour delivered to Pakistan.

Spring 2008: Food riots convulse countries from Bangladesh to Senegal. Egypt mobilizes its army to bake bread. In Haiti, people learn to survive on little more than mud patties mixed with sugar and oil.

No single disaster could explain the global food crisis that year. Analysts later pointed to a withering drought in Australia, soaring oil prices in Ukraine, and acre upon acre of United States farmland planted not with grain, but with corn for fuel ethanol.

“In order to grow food, you need irrigation. And one of the challenges of irrigation is, you need energy for the pump. It's all intertwined.”

A new way of thinking emerged in the years after that calamitous spring: Shortages of food, water, or energy could no longer be treated as independent catastrophes, but as interwoven threats to the world at large. A drought in one part of the world could drive up food prices in another—but so could a tight supply of energy.

“Each of these issues—food, water, energy—was always bubbling up to the top when people talked about the biggest risks to the world,” said Henry H. Willis, a senior policy researcher at RAND and a professor at the Pardee RAND Graduate School.

“But in fact, they're all related. In order to grow food, you need irrigation. And one of the challenges of irrigation is, you need energy for the pump. It's all intertwined.”

Willis and other researchers set out to take the full measure of food, energy, and water scarcity in every country in the world. Such a global assessment of need, they wrote in their research proposal, would make aid efforts more effective and could help anticipate threats posed by conflict, natural disasters, and climate change.

They recruited three students from the Pardee RAND Graduate School, the nation's largest public policy Ph.D. program. Each had seen the interplay of food, water, and energy up close.

Zhimin Mao grew up in China, listening to news reports about shortages in the coal regions caused by the diversion of water for drills. Shira Efron came from Israel, keenly aware of the destabilizing role that hunger and scarcity play in the broader Middle East. And Michele Abbott had spent years working on health projects in East Africa, a crash course in managing scarcity across disciplines.

Their challenge was daunting. Prior research had looked at worldwide supply and demand on one or two sides of the nexus—water and food, for example, or food and energy. But nobody had attempted to map all three elements at once, for every country in the world for which data were available, in such a unified and transparent way. 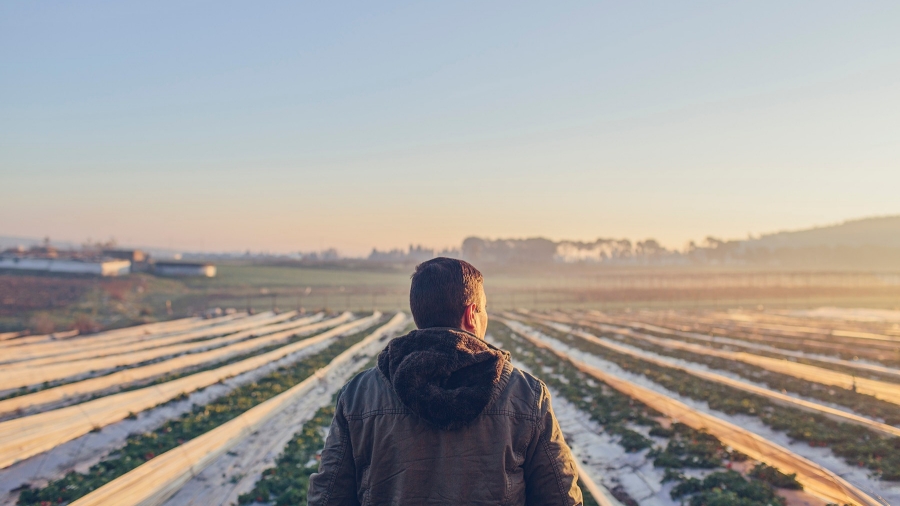 Osamah Abu Al-Rub is one of only 20 strawberry farmers in the West Bank.

A Snapshot of the World

The researchers collected data on domestic food prices, water availability, the share of people using modern cooking and heating fuels—even the dietary consumption of starchy foods, a marker for low-quality diets. In the end, they merged nearly a dozen data sets to show where food, water, and energy are not just available, but accessible to ordinary people on the ground.

The final product: An interactive, online map, free to anyone, that shows every country's overall nexus score—and, with a mouse click, the specifics of its food, energy, and water supplies. The most desperate need appears on the map in dull reds and oranges, spreading across central and eastern Africa; parts of south and southeast Asia face only slightly better conditions, painted mustard-yellow on the map. 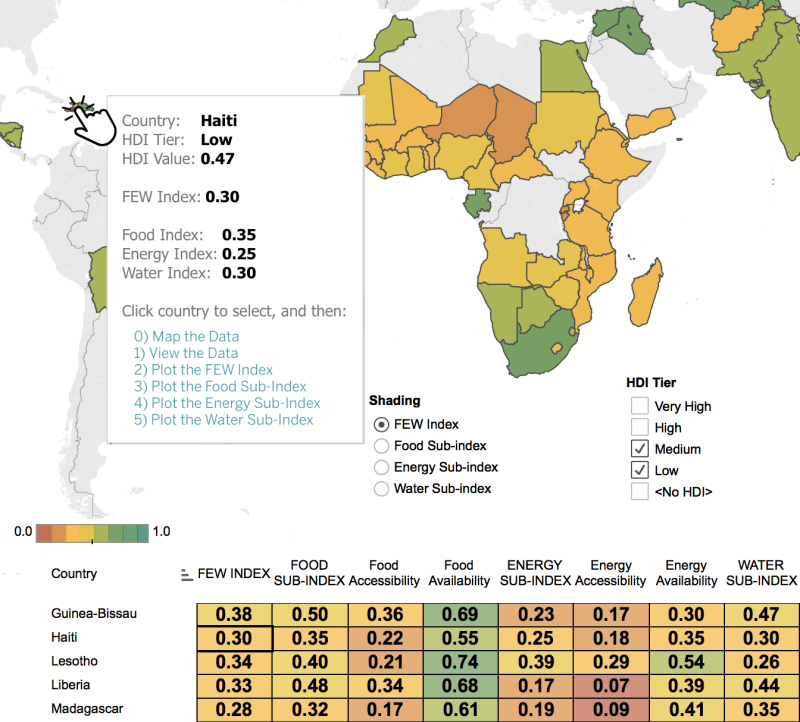 The Pardee RAND Food-Energy-Water Index interactive tool. The map shows selected countries with medium and the lowest overall nexus scores. With a mouse click, specifics of food, energy, and water supply can be viewed.

“The tool has its value in simplicity, in its concise way of looking at the problem,” Mao said. “You're able to identify countries at highest risk, and that can help you stop potential problems.”

The map itself may provide the headlines, but it's the click-through details that tell the story. Rwanda, for example, has one of the lowest overall scores on the planet, a blister of red on the map—in part because energy and water are in desperately short supply there, but also because most people can't even access what few resources there are. The Russian Federation appears comfortably green on the map, but only because its strong water and energy supplies are propping up low food scores.

The United States had the highest overall score, followed by Luxembourg, Canada, Austria, and Iceland. The countries with the lowest scores: Burundi, Niger, Chad, Malawi, and Rwanda.

What Will We Need to Manage Scarcity?

RAND's index shows where we're already falling short. But it also offers a baseline for future research, a starting point to better understand—and manage—the evolution of food, water, and energy scarcity in the years to come.

projected world human population by 2030, up from 7.3 billion today

In order to support a global population of 8 billion, the world would require a

A global assessment of the food-energy-water nexus would make aid efforts more effective and could help anticipate threats posed by conflict, natural disasters, and climate change.

It is, as much as anything, a snapshot of the world at a crossroads.

Sometime in the next 15 years, the human population is projected to tick past 8 billion, up from around 7.3 billion today. At that point, the world will need to produce at least 40 percent more food, energy, and fresh water by some estimates, just to meet the bare minimum of human demand.

RAND's index shows where we're already falling short. But it also offers a baseline for future research, a starting point to better understand—and manage—the evolution of food, water, and energy scarcity in the years to come. It could, for example, help researchers study the impact of climate change, or the link between resource shortages and armed conflict.

“It really helps pave the way,” said Efron, a recent graduate who is now an associate policy researcher at RAND. “This is just the beginning.”

Funding for the development of the Pardee RAND Food-Energy-Water Index was provided by philanthropic contributions from RAND supporters and income from operations. Additional funding was made available via the Pardee Initiative for Global Human Progress, established in 2013 through the generosity of philanthropist and former RAND researcher Fred Pardee. The initiative offers bold new ideas for economic development and developing countries, and draws on the talent and innovation of Ph.D. candidates and RAND research staff while advancing RAND's work in international development.