What Are the Social Determinants of Health? 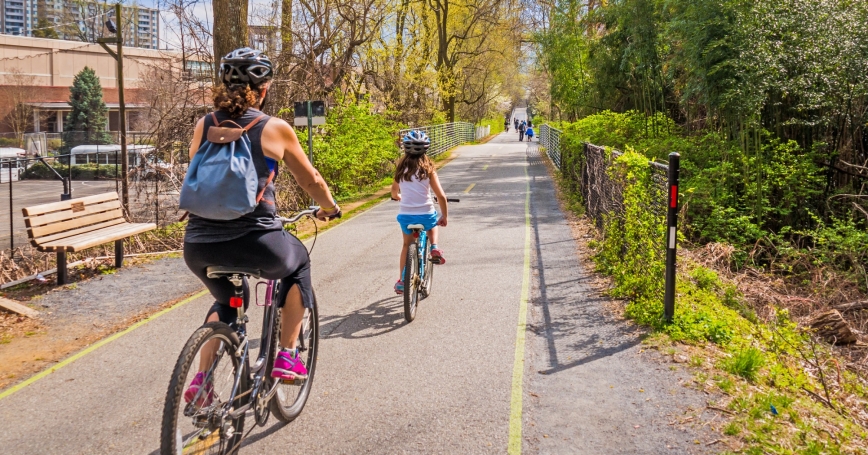 America spends more on health care than any other nation in the world. Yet from birth to old age, Americans live shorter, sicker lives than people in most other wealthy countries.

A two-year research project at RAND adds some weight to a theory that might explain why. It found better health outcomes in countries that spend more on social safety-net programs like child care subsidies or old-age benefits—even when they spend less on hospital stays and medical tests.

Health care alone, in other words, can only go so far to promote health. Evidence has been accumulating for years that where and how people live plays at least as important a role in how well, and how long.

The RAND study put a number to that idea. Every percentage-point increase in overall spending invested in social-welfare programs was associated with 18 more days of life, on average, for every man, woman, and child.

When a Prescription Won't Suffice 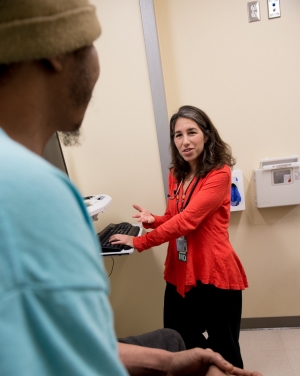 Dr. Ellen Rothman treats a patient at her clinic in Los Angeles, California

Dr. Ellen Rothman could hear the tap-tap of dripping water coming from somewhere in the single-room apartment, behind the three bunk beds on the wall and the mattress on the floor. Rothman, the chief medical officer of the Martin Luther King Jr. Outpatient Center in South Los Angeles, had come on a house call. The woman who lived here with her husband and six children had become a frequent patient at the clinic as doctors struggled to control her asthma.

Rothman could see from the woman's living conditions that she would be back. The home was so crowded that there was barely room to step. It had no place for the children to play, no place for the woman to catch a breath. And that dripping faucet meant mold was almost certainly spreading through the walls.

America spent $3.2 trillion on health care in 2015, nearly $10,000 per person. Yet by the most basic measure of population health—life expectancy— it ranked No. 28 among 35 of the world's most advanced nations.

Researchers have called this the American health care paradox, the spend-more-get-less model of health care. Americans, one writer quipped, take a risk with their health just by living in America. And the weight of research has come to rest on another statistic as a likely explanation: Nearly two-thirds of those same advanced countries spend more of their budgets on social welfare.

At least part of what's ailing health care in America is its very focus on health care alone.

At least part of what's ailing health care in America, according to that theory, is its very focus on health care alone. America's vaunted medical system can, and does, provide some of the best care in the world—but it will always be playing catch-up to what happens outside the doctor's office.

Too many fast-food restaurants and not enough parks. Poverty, unemployment, segregation, disorder. Even the everyday grind of chronic stress. More and more, research suggests that those should be treated as medical problems, not just social ills—and that addressing them could yield better health at lower cost.

The RAND project set out to test that theory. It brought together researchers from RAND offices in the United States and the United Kingdom, as well as students from the Pardee RAND Graduate School. It not only confirmed a link between social welfare spending and public health; it also found the link strengthened as the focus expanded to include more countries across more years.

Those social programs ranged from child care allowances to rent subsidies to unemployment benefits. But the strongest health outcomes were linked to public pensions and other old-age benefits—and in some surprising ways. Countries that spent more on old-age programs tended to have longer life expectancies, but also lower levels of infant mortality. One possible explanation: Those old-age programs might serve as a marker of the overall strength of the social safety net.

The study found stronger health links with government spending than with private or charity spending. It found those impacts were especially pronounced in places with high levels of social and economic inequality. And it found the same pattern when it zoomed in on the United States: Individual states that spend more on public-welfare programs tend to have better health.

“It makes you think a lot more about how governments plan and spend their pots of money,” said Alex Sutherland, a researcher at RAND Europe who helped lead the study. “It illustrates the potential impact, and the potential importance, of thinking about these kinds of expenditures and how they impact public health.”

'You Have to Go Upstream'

The researchers cautioned that their study shows only an association—that the same countries that spend more on social welfare also have better health—not how, or even whether, one would cause the other. Nonetheless, years of research at RAND have come to the same conclusions, linking an array of social problems to health outcomes.

RAND researchers have shown that neighborhood satisfaction is linked to sleep quality; that women living in neighborhoods with less sprawl tend to have healthier hearts; and that the quality of your high school can predict your general health ten years later.

“Where people live, what kinds of educational opportunities they have access to—these all seem to have strong effects on health.”

“Where people live, what kinds of educational opportunities they have access to—these all seem to have strong effects on health,” said Kathryn Pitkin Derose, a senior policy researcher at RAND. Her work has focused on that link between social conditions and population health; her latest study looks at whether community gardens can address food insecurity and improve the health and treatment adherence of people living with HIV in the Dominican Republic.

She uses a simile that has become common in public-health circles to explain that need for a broader view of health care. The current system, she says, is like a lifeguard standing on the banks of a rushing river, always jumping in to rescue people at the last moment as they struggle in the water. What is needed, she says, is a new perspective—a new focus on what causes so many people to fall into the river in the first place, and on addressing those problems before more people follow.

“You have to go upstream,” she says, “to see what's really affecting people's health.” 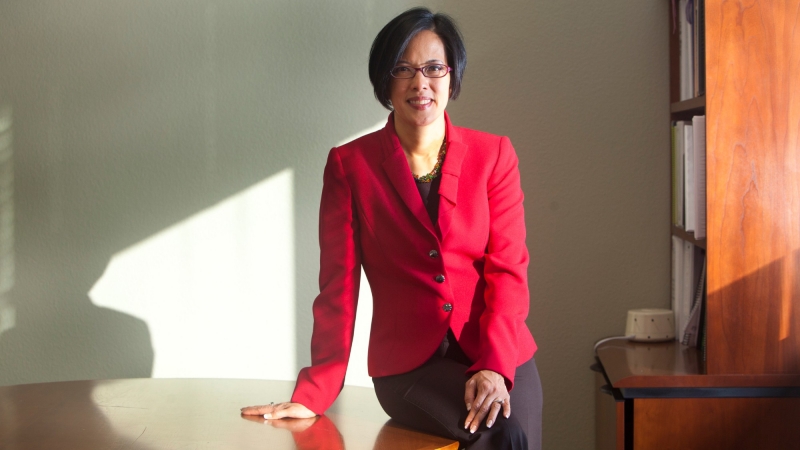 Napa County, Calif., may have a reputation for high life and fine wine. But that ignores the migrant workers crowded into shoddy apartments, the waiters working part-time jobs with no health benefits.

The county has become a quiet leader in addressing the social and economic side of health. It has a 50-page plan to improve community health not just by expanding access to medical services, but also through parenting classes, financial-literacy programs, and infrastructure improvements.

Its chief public health officer, Dr. Karen Relucio, sees a direct line from education to better jobs to health insurance, or from adequate housing to safer living conditions to healthier lives. She spent most of her career as an HIV specialist, confident in the healing power of medicine—until one of her patients lost his home. His health disintegrated, despite the best efforts of his doctors, after he moved into a cockroach-infested room in a rough neighborhood. He died soon afterward.

“It really became extremely apparent that the social conditions in which he lived were just going to keep him unhealthy,” she says now. “No matter how many times I saw him at the clinic.”

“I used to believe that practicing evidence-based medicine and providing quality care could actually make somebody healthy,” she adds. “But what I'm seeing at the doctor's office is only a small percentage of a patient's life. It's hard for them to take care of their physical health when their basic needs aren't being met.” 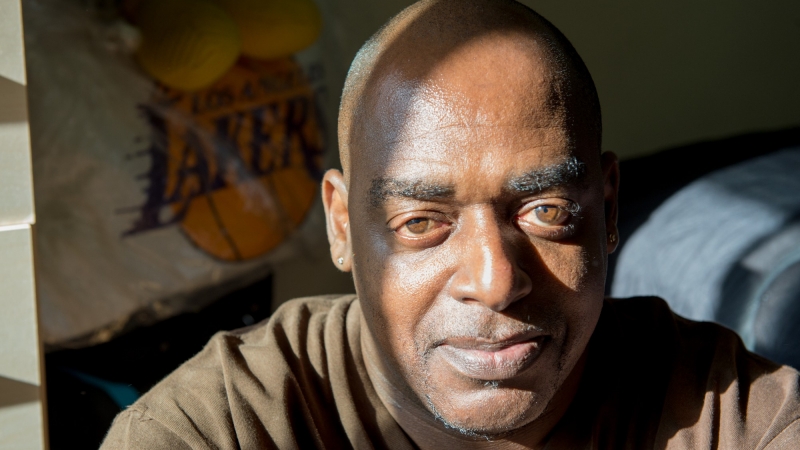 Out in the Streets

Anthony Haynes spent more than five years living on the streets of Los Angeles with little more than an old Raiders jacket to keep him warm. The intersection of poverty and poor health was his daily reality.

He fought drug addictions without treatment, fought the shadows of mental illness without diagnosis. A doctor once noticed his badly swollen ankles and told him he had to elevate his feet. He could only laugh: Where?

“You see so much violence, you hear so much negativity, you're just waiting for your turn,” he said. “It takes a physical toll. It got to a point, it was like I had a nervous condition.”

He lives now in a one-bedroom apartment run by Skid Row Housing Trust, a nonprofit that makes health and well-being as much a part of its mission as housing. “For me, day one that I moved in, everything was perfect, everything fell into order for me,” he says.