What to Expect in the Middle East: Q&A with Dalia Dassa Kaye 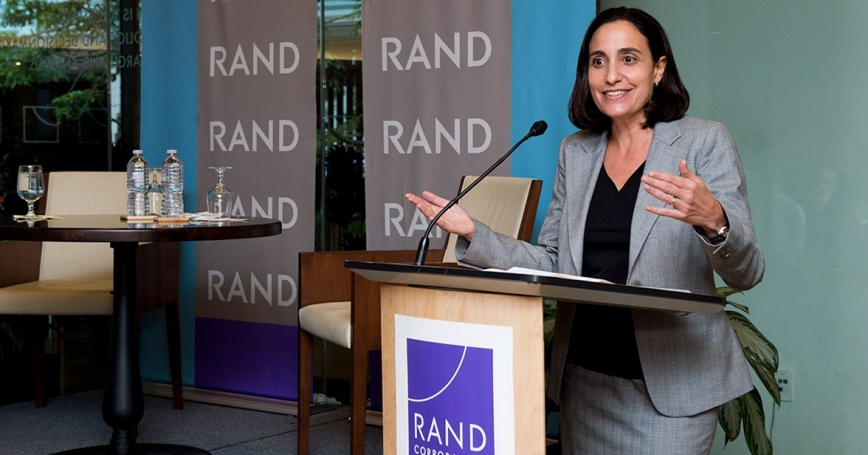 Dalia Dassa Kaye directs the RAND Center for Middle East Public Policy. Its goal: to inform policy in ways that help improve the security and well-being of people living in the region. Recent reports have focused on hot topics from the Syrian civil war and the Iran nuclear deal to less-covered (but vitally important) crises such as the educational shortfalls faced by refugee children.

What are the major Middle East storylines you anticipate over the next few years?

The daily headlines are terrorism and ISIS. But the day-to-day worries of people in the region are education for their children, failing health care systems, access to water, good jobs for young people, government accountability—matters that do not always make the headlines. But those are the big issues that are going to really shape the region's future. And the more that countries fail to address those domestic demands, the more vacuums that exist for extremists to exploit.

The more that countries fail to address domestic issues, the more vacuums for extremists to exploit.

The other big storyline is the ongoing friction between the Iranians and the Saudis, and I would add Turkey into the mix now, too. This is not a dynamic that will resolve any time soon. And unfortunately, the unstable situation that you see in so many places—particularly Syria, but also Yemen and Iraq—will continue to be difficult arenas where this conflict plays out, with dangerous spillover across the region and beyond.

Those two big storylines are going to clash at some point. The question will be, Can these states continue with these regional power plays, and at the same time respond to their own domestic pressures? When is that going to give?

What is RAND's role here?

Our work for the Kurdistan Regional Government is a good example of what we bring to the table. We worked on education, health, and unemployment issues there. We have a very good bench of experts who know the region well, speak fluent Arabic and other languages—and we can combine them with our survey analysts, our methodologists, all of our technical experts, to really assist these countries in major transformations that are underway.

This is a real moment for RAND, when our policy analysis can play a major role in helping people in the region.

We also give guidance to U.S. policymakers on how to bring more stability to this region and de-escalate these conflicts. RAND published a peace plan for Syria that I think is a good example of that. That's the best thing we can do: Create an environment of de-escalation so that we can then directly work on these very important socioeconomic challenges.

What drove RAND's recent decision to launch an Arabic-language website?

There's been a real dearth of objective analysis in the region, so RAND is really filling a need. There is a hunger for it, as demonstrated by the many thousands of downloads of translated RAND studies over a short time.

The site also helps explain to decisionmakers in the region who we are. We're not some mysterious force in U.S. policy; we're a transparent and open organization that makes our research and analysis available for free. It's about the public good.

What are some recent projects that spotlight the center's work in the region?

Philanthropic contributions have really allowed us to do innovative research on issues that might not otherwise be funded. We're looking at the regional impact of the water crisis in Gaza; at food security; at Iran after the nuclear deal; at the costs of the Israeli-Palestinian conflict; at regional displacement; at emerging relations between China and Israel; and at Russia's role in the region. We're currently trying to raise support for a new RAND Israel program.

This is a real moment for RAND, when our policy analysis can play a major role in helping people in the region. We see that in the Israeli-Palestinian arena, in Jordan, in Tunisia, in Lebanon, and in the Arab Gulf. Those are all places where we think we can have an impact, where we hope we can make a difference.