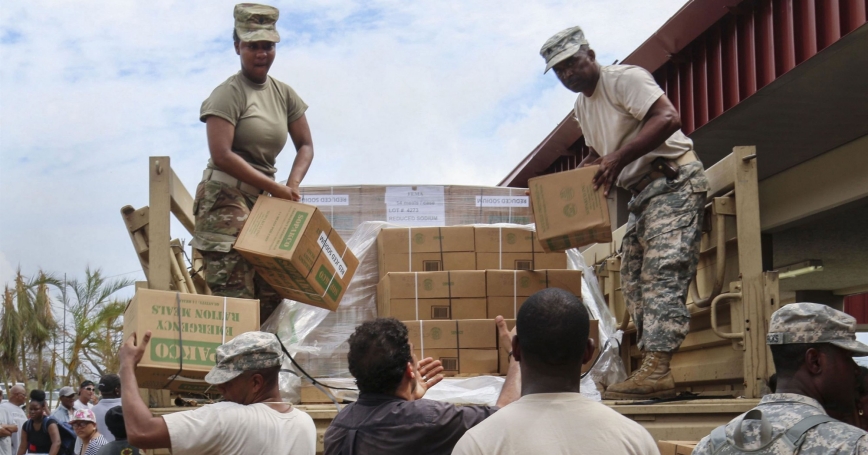 Members of the Virgin Islands National Guard hand out food and water to civilians at a distribution point on St. Croix after Hurricane Irma, September 22, 2017

Two weeks after Hurricane Maria raged across Puerto Rico, leveling entire neighborhoods and filling the streets with floodwaters, a small team of RAND researchers landed on the island.

They were there to assess the federal and military response to one of the most intense Atlantic storms ever recorded. What they found was a humanitarian disaster that had quickly overwhelmed local and state emergency responders and forced FEMA and the Department of Defense to react more rapidly and with a larger effort than anticipated.

The researchers—Bryan Boling, Kenneth Girardini, and Ryan Schwankhart—all work with the RAND Arroyo Center, a federally funded research and development center within RAND's Army Research Division. Center director Timothy Bonds reached out to the Army within days of the hurricane's landfall to volunteer RAND experts and expertise.

The researchers saw evidence of Maria's power as they flew into Puerto Rico in early October: roofs torn away, dark neighborhoods with no power. They spent nearly a week at the convention center in San Juan, observing the response from inside the Army's makeshift headquarters there. Boling and Eric Larson, a senior policy researcher at RAND, returned to the island in November to conduct additional interviews. 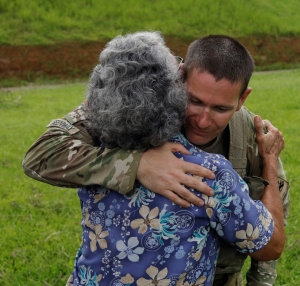 In most disasters, a state governor requests federal assistance when the damage exceeds local and state response capabilities. The state then establishes what it needs, and federal responders attempt to meet those requirements. After Maria, though, Puerto Rico's emergency-management system was itself struggling to get information. That forced the commonwealth, the federal responders, and the military to adapt their plans and procedures to meet the island's needs under extraordinary circumstances.

That meant the Army would need to play a much bigger role than it usually does. The Defense Department and FEMA had trained for such a combined response, but those occasional training drills had not prepared either of them for what they faced in Puerto Rico. Their roles, authorities, and priorities were sometimes in conflict, the researchers found. It also wasn't initially clear they were effectively sharing information, although that had improved when the researchers returned a month later.

The Arroyo Center is now compiling those on-the-ground observations into a series of studies for the Army, with recommendations to smooth its response to future disasters.