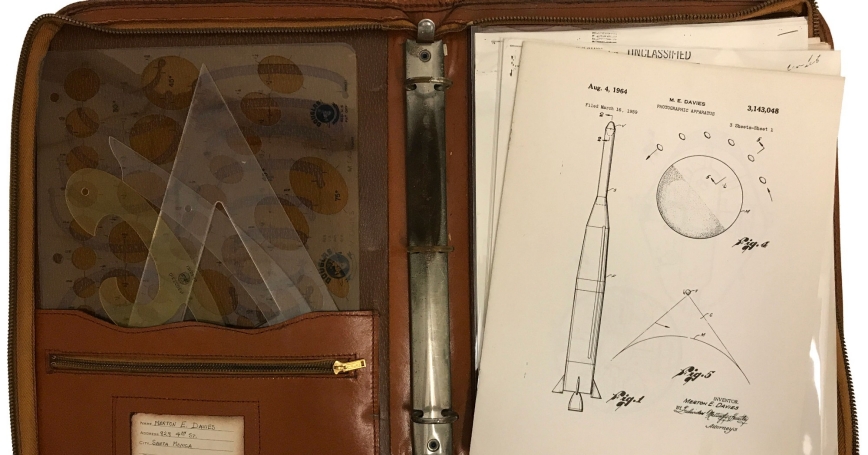 Mert Davies' briefcase in the 1960s

Photo courtesy of the Davies family

Think of Merton Davies as RAND's own Bo Jackson. While Jackson achieved all-star status in two sports—baseball and football—Davies is a legend in two much wonkier worlds.

Affiliated with RAND from 1947 until his death in 2001, Davies played for two teams in his long career. Known as “Mert” to one and all, he spent his early years using satellite imagery to spy on terrestrial targets, and his later years using deep-space photographs to map the planets in our solar system. 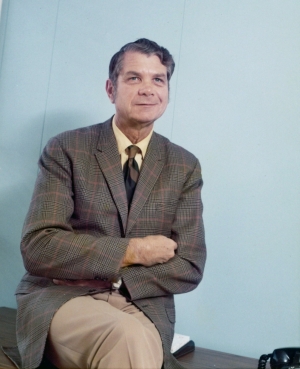 Photo courtesy of the Davies family

To achieve the latter, Davies worked with NASA imaging teams on unmanned missions like Mariner, Voyager, and Galileo. He and his team magnified planetary images, identified landmarks, and painstakingly counted pixels to determine precise coordinates and establish the prime meridian—zero longitude, the basis of every map—for all planets in the solar system except Earth. As RAND colleague Bruce Murray said in Davies' obituary, to have established just one planet's prime meridian would be considered a major achievement. Davies established the prime meridian for every solid planet in the solar system except Earth.

“Mert has single-handedly observed more of the solar system than any other human,” Torrence Johnson, project scientist of Project Galileo, told The New York Times in 2001. A crater on Mars also bears Davies' name.

Unlike Jackson—who isn't in a professional Hall of Fame despite being considered one of the greatest athletes of all time—Mert had more generous colleagues. A year before his death, he was honored as one of 10 “founders of national reconnaissance.” Bo may know ball, but Mert understood the cosmos.