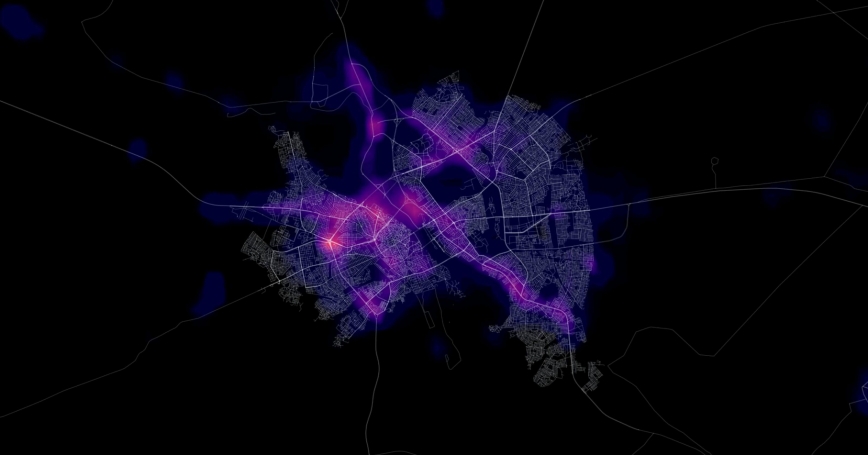 Mosul in March 2016, under Islamic State control, when nighttime lighting had fallen by 55 percent compared to its pre-ISIS levels in January 2014

A sandstorm swept through the besieged Iraqi city of Ramadi on the day it fell to the Islamic State. In the murk and confusion, suicide car bombs raced into the city center and leveled entire blocks. By the afternoon, the black flag of ISIS flew from the government headquarters.

Hundreds of miles above, an array of satellites captured what came next. Markets emptied. Factories went cold. Fields of wheat and barley withered. And the lights went out all over the city.

Data from those satellites provided RAND researchers an unprecedented look at life inside the Islamic State. They found a path of economic destruction, with few exceptions. In city after city, as in Ramadi, the arrival of the Islamic State meant a plunge into darkness.

By the time Ramadi fell in mid-2015, the Islamic State controlled an area of Iraq and Syria approaching the size of Great Britain. Its advance had been ruthless, its brutality staggering. RAND researchers wanted to know: What happened to cities and local economies when the Islamic State tried to govern?

Satellites were their way in.

Satellite observations have opened windows on everything from nuclear weapon programs to rush-hour traffic in the decades since RAND first proposed a “world-circling spaceship” in 1946. The United States alone now has more than 800 active satellites in orbit; more than half of them are commercial. Analysts have used satellite data to measure poverty in Kenya, black markets in North Korea, even the number of customer cars in Home Depot parking lots.

Those same kinds of data, RAND researchers realized, could provide a remarkably detailed look inside one of the most dangerous places in the world.

Satellite data measuring surface reflections from the Earth, for example, would show how much land was planted for agriculture. Urban heat readings would help pinpoint working factories. And infrared ground scans would show where city lights were glowing in the night, bright spider webs against a dark background.

In Syria, more than 60 percent of the lights went dark as ISIS struggled to restore electricity or fuel generators. In Iraq, it was more like 80 percent.

The researchers collected data on more than 150 cities in Iraq and Syria, month by month. They estimated that as much as a third of the population had fled areas under ISIS control. Factories closed; fields dried up. In Syria, more than 60 percent of the lights went dark as ISIS struggled to restore electricity or fuel generators. In Iraq, it was more like 80 percent.

“What's unique about this is that we were able to bring all these different measurements together and provide a much more holistic understanding of the local economies,” said Eric Robinson, a research programmer and analyst at RAND who led the project. “We were able to use nighttime lighting to understand electricity consumption, but control for population levels. We knew that if an entire city had depopulated, then there was no one there to turn the lights on.”

Some Economic Decay, Some Effective Governance

The researchers then zoomed in on five major cities using high-resolution photographs from commercial satellites. Those photographs, similar to the satellite-view images on Google Maps, were so detailed the researchers could count cars on the road or measure foot traffic at a market. A small army of volunteers helped them go through the images, one by one, and perform those counts by hand—a crowd-sourced solution to a big-data problem.

In cities like Ramadi, Tikrit, and Deir ez-Zor, where ISIS was under fire and struggling to maintain control, its rule brought economic decay. Satellite images of the main market in Ramadi, for example, showed a ghost town. Commercial trucks all but disappeared from the roads in Tikrit. And in Deir ez-Zor, the lights went dark in ISIS-controlled neighborhoods even though the group held massive oil fields outside the city that could have kept generators running.

But in the core of the caliphate, where ISIS control was more secure, the satellite images showed some evidence of effective governance. In its capital city of Raqqa, for example, the group managed to keep the lights on at hospitals even when the rest of the city went dark, a sign that it was managing electricity. In the big city of Mosul, the group transformed an open-air market into a covered shopping district that was soon bustling with shoppers and car traffic—all of which it could tax. 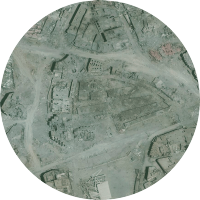 “There were obviously just terrible stories of brutality coming out of the city, but people still need to buy food, and shop owners still own shops, and goods are still moving in and out of this market,” Robinson said.

“One of the key takeaways of our report,” he added, “is that without the military campaign to retake this territory, the Islamic State could have tried to replicate some of the modest success it experienced in Mosul and Raqqa. We would be facing a much different enemy.”

Preparing for a Post-ISIS Recovery

In fact, the researchers concluded it wasn't necessarily the harsh rule and high taxes of ISIS that ground out local economies. The group was constantly trying to fend off counterattacks and air strikes, and could not turn its attention to governing or building back local economies.

Its caliphate has since splintered. It lost Tikrit in 2015, Ramadi in early 2016. Iraqi forces declared Mosul liberated last year, after dislodging ISIS forces neighborhood by neighborhood. A RAND analysis calculated that the Islamic State had lost more than half its territory by early 2017, a rout that has continued since then. 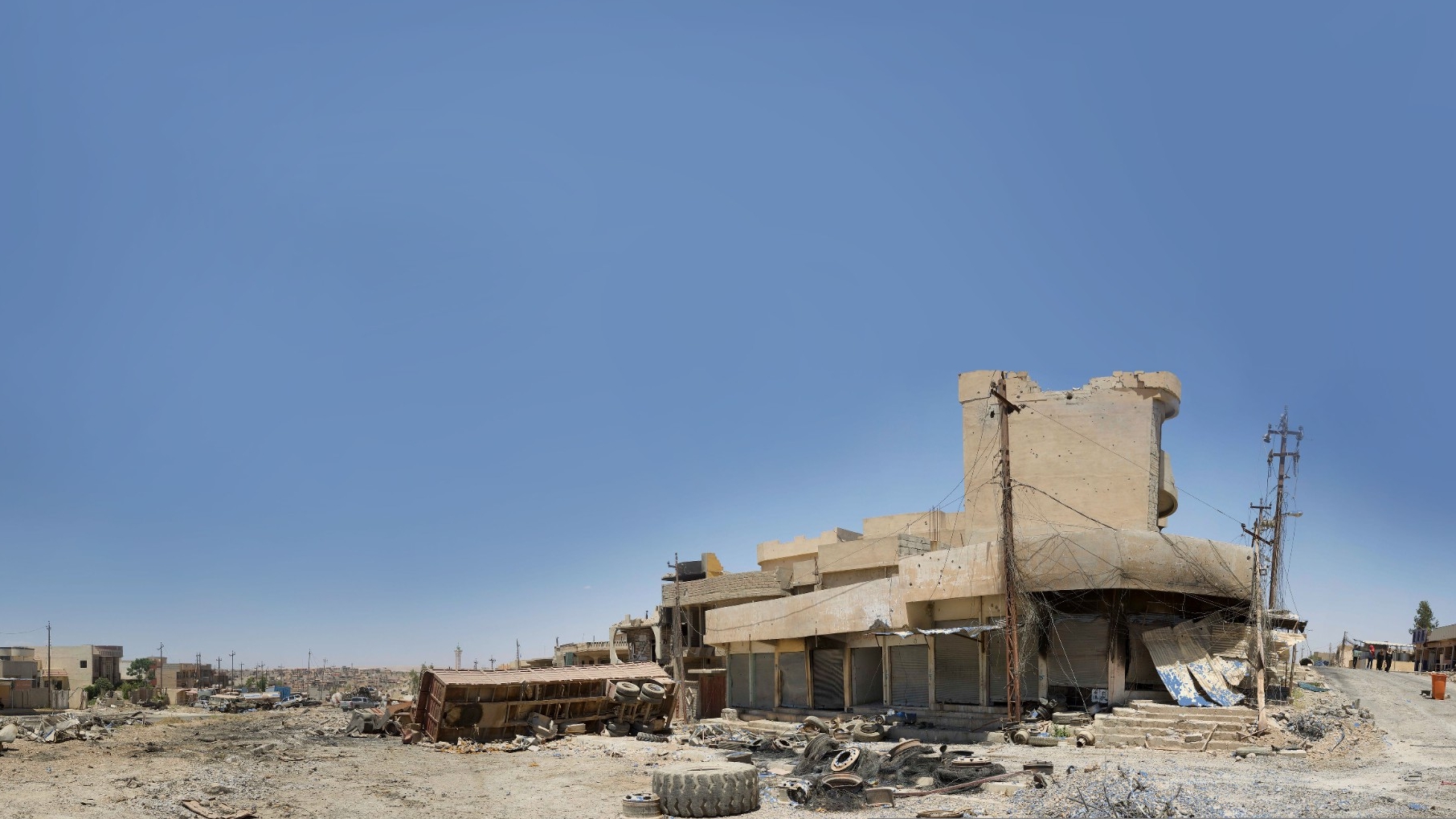 Photo by Sipa via AP Images

The disintegration of the Islamic State as a state has given RAND's satellite analysis new importance. No longer a window into how the group governs, though, it is now providing a window into the economic damage it left behind, and what it will take to rebuild. Researchers have been working with U.S. government agencies to prioritize work in Syria to help stabilize cities captured from ISIS—restoring the electric grid, for example, or investing in markets.

“I think the big concern in this region is that if we don't help truly rebuild and reconstitute the local governance in those areas, that there will be a resurgence of an ISIS 2.0 or an ISIS-like group,” Robinson said. He's hoping to continue tracking the satellite data, “to measure our progress so far, to make sure we don't take our foot off the gas too soon.”

The scale of that need is apparent in Ramadi. It's been almost three years since ISIS fighters swept into the city in the blur of a sandstorm, and two years since Iraqi forces swept them back out. RAND's satellite data showed destruction in almost every neighborhood in the city; every bridge was demolished. The city was once home to nearly 300,000 people; RAND's data suggest no more than 36,000 still lived there after ISIS.

This essay was also published in Newsweek on January 14, 2018.