Why Unretirement Is Working for Older Americans 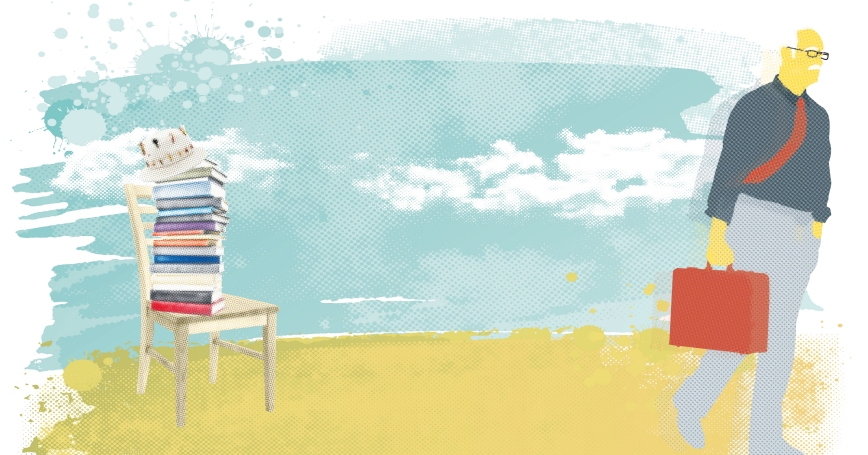 Ahhhhh, retirement. For many, the word conjures up images of leisurely lunches and finally picking up those books you've been meaning to read. But a majority of retirees say they would return to work—and many already have, according to RAND's American Working Conditions Survey. Welcome to the trend of “unretirement.”

More than half of retirees 50 and older said they would work in the future for the right opportunity, the survey found—and the percentage is even higher among the college-educated. Meanwhile, 39 percent of workers 65 and older who are currently employed had previously retired at some point.

“What we found is consistent with retirement being a fluid concept,” according to Kathleen Mullen, a senior economist at RAND and coauthor of a recent report on the subject. “Significant numbers of older people move in and out of the workforce. Retirement isn't necessarily permanent.”

In fact, older people are the fastest-growing segment of the U.S. workforce. One in five workers today is 55 or older; by 2024, that number will be one in four, according to the Bureau of Labor Statistics (BLS). Much of this shift is due to the behavior of the nation's two largest populations: Baby boomers are delaying retirement, and millennials are entering the workforce later.

Unretirement Is Good for the Economy

Many experts say that older workers staying on the job longer is helping to offset the decline in the labor force participation rate. The rate is expected to drop from 62.9 percent in 2014 to 60.9 percent in 2024—the lowest level since the early 1970s—which the BLS predicts will likely keep a lid on economic growth.

This trend in labor participation isn't going to turn around any time soon.

Income Is Only One Reason to Keep Working

You might expect finances to be the reason older people are working longer. And it is for many people. As Americans live longer, healthier, and more active lives, they also need income to last through their old age.

Increasingly, they are making their own way as retirement benefits have grown stingier. The age at which people can collect their full Social Security benefit is higher than it used to be. And just 5 percent of large employers still offer a pension plan that pays a stable monthly income, according to consulting firm Willis Towers Watson, as 401(k)-style plans that ebb and flow with the stock market have become the norm.

Meaningful work is considered a key reason that older workers delay retirement, and RAND's survey suggests older workers have it. Compared with their midcareer peers, older Americans report having more autonomy at work and more flexibility in their work schedules, according to the AWCS, and two-thirds of older workers said they were doing useful work and felt satisfaction over work well done.

As just one example, 82-year-old Nat Trives delayed retirement for fulfillment rather than finances. After 40 years in public service—he's a former Santa Monica police officer, former instructor at California State University, Los Angeles, and a former administrator at Santa Monica College—Trives could have retired at least a decade before he finally began drawing a pension.

He finally “retired” in 1997, if you can call it that. Since then, Trives has been active in more than 20 community organizations and teaches a class on current events and world affairs at Emeritus College, a program of Santa Monica College for the older adult community. His class of about 100 includes retired professionals such as a federal judge, a podiatrist, and legislative staffers. 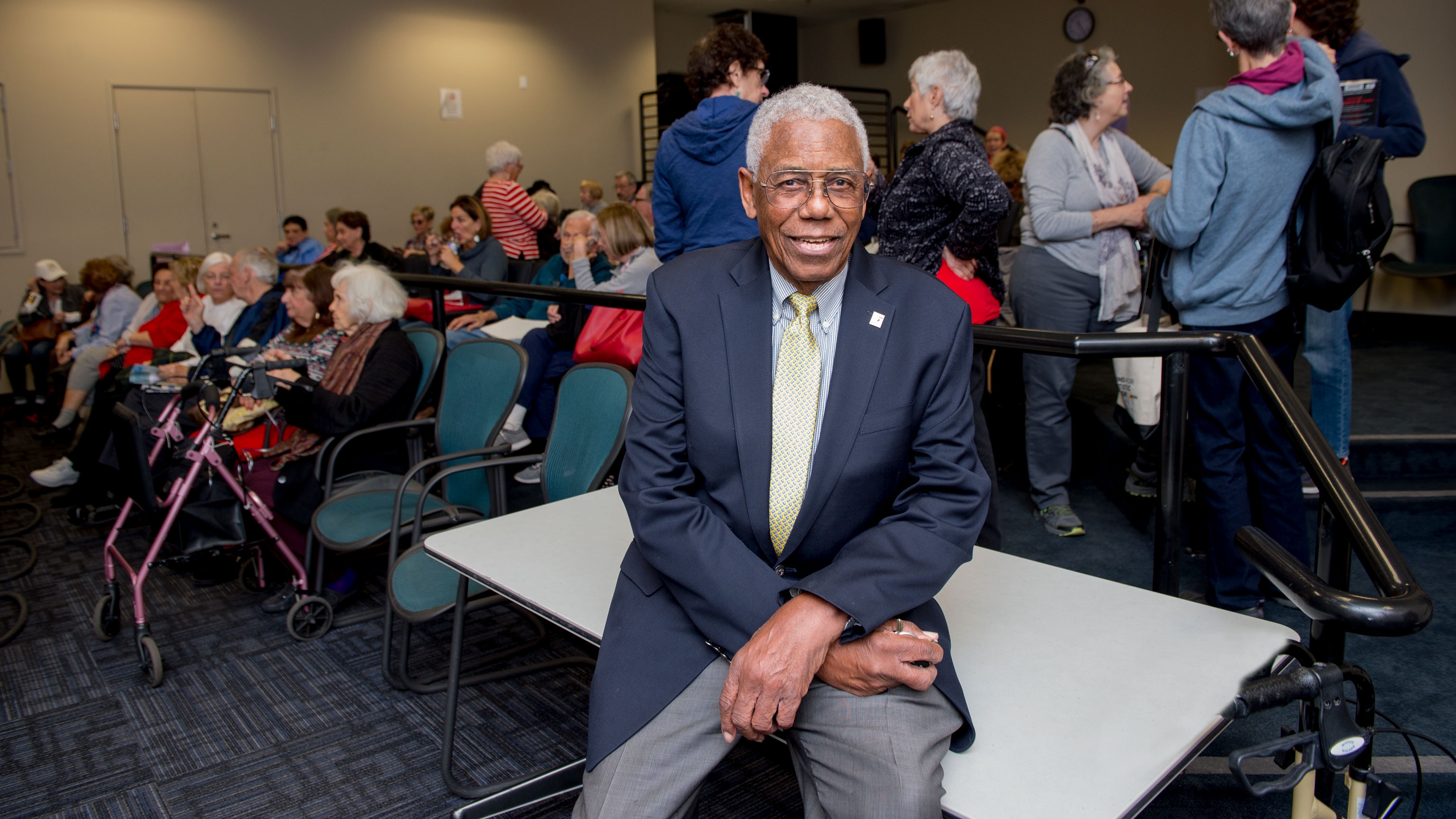 Nat Trives, 82, is a teacher at Emeritus College

When asked if he will ever truly stop working, Trives responded with a laugh, “I hate to say it, but you sound like my wife. In spite of some health issues, I'd like to work as long as I'm viewed to be an asset. Any time I become a burden or a liability to somebody, then it's time to hang it up. Right now I'm having fun. I'm a mentor for millennial types as well as older professionals.”

What Types of Work Are Seniors Doing?

Older workers are more likely to be in management, legal, and community or social service work than their younger peers, according to the Pew Research Center. They are more than twice as likely to be self-employed as midcareer workers (16 percent versus 7 percent), according to a 2013 study in The Gerontologist. This jibes with a National Bureau of Economic Research report that suggests older workers are more likely to participate in “alternative work arrangements” like consulting, freelancing, and on-call work than their younger counterparts (24 percent versus 14 percent).

Hectic, Hazardous, and Physical: How Americans View the Workplace

While older workers may be reluctant to retire, how do Americans overall view the workplace? The American Working Conditions Survey examined a large number of workplace issues for all workers age 25–71. Here are some of the highlights.

Working conditions can be harsh.
More than 60 percent of Americans perform physically demanding work, like moving heavy loads. More than half are exposed to hazards such as loud environments, extreme temperatures, hazardous materials, or unhealthy air.
The environment can be hostile.
One in 5 workers has been recently subjected to verbal abuse, humiliation, unwanted sexual attention, and bullying or harassment—often from their customers—according to the survey.
Their jobs are so hectic that Americans often work in their free time.
Half say they work in their free time, and 1 in 10 do so nearly every day. One in 4 workers say they don't have enough time to do their job, and 2 in 3 work at high speed or on tight deadlines.
Workers have some autonomy on the job but little control over their schedules.
Although work is hectic, 3 in 4 workers say they have enough autonomy to prioritize some tasks over others. This does not apply to their work calendars: More than 1 in 3 have no control over their schedule.
Still, work can be a source of support and satisfaction.
Nearly 3 in 5 workers say they have a supportive boss, and more than half have good friends at work. More than 60 percent feel they are doing useful work, including satisfaction for a job well done or a sense of accomplishment. But just 2 in 5 see good prospects for advancement.

How do American working conditions compare to those in Europe? We're about to find out. The American Working Conditions Survey syncs with a European study conducted at the same time, and researchers are analyzing the two surveys now.

The AWCS confirms the findings of other RAND research. One study of “the puzzling aspect of retirement behavior known as 'unretirement'” found that 82 percent of retirees who returned to work anticipated doing so all along and weren't forced to do so by financial shocks, poor planning, or lack of savings. For the small minority who unexpectedly returned to work, the evidence suggests they did so because retirement was less satisfying than expected. That same study found that about half of retirees followed nontraditional paths of retirement in that they did not exit the labor force permanently.

Another RAND study determined that Americans are better prepared for retirement than most people think, with about 71 percent of Americans ages 66–69 having adequate resources to retire. Researchers reached this conclusion by looking at how much people consume in their retirement, rather than how much of their working income they will replace through Social Security and other resources. They found that, even as people live longer, healthier lives, they eventually slow down and need less income to support this less-active lifestyle.

Is Unretirement the New Normal?

Trives believes longer careers are the new normal, based on his own experiences and those he has encountered through Emeritus College.