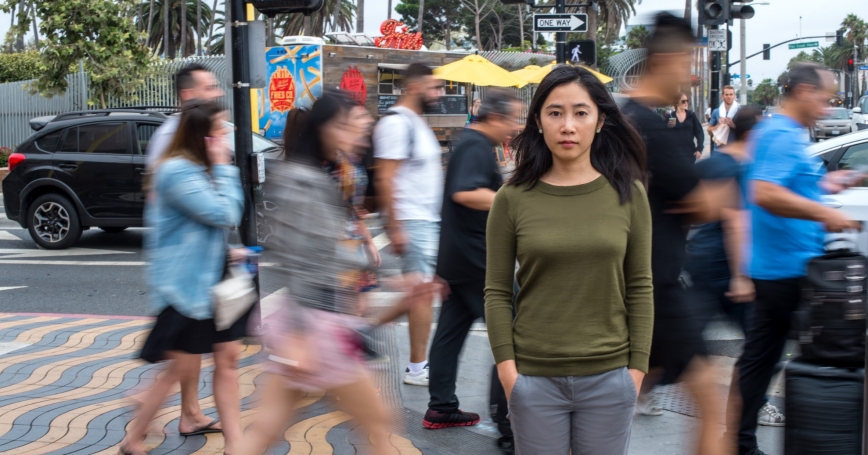 Jodi Liu studies some of the most pressing issues in modern health care: how to deliver high-quality care, and how to pay for it, especially as the population ages. She's an associate policy researcher at RAND, and a 2016 graduate of the Pardee RAND Graduate School. Her most recent work examined a single-payer health care proposal in New York State; before that, she analyzed whether the health system would have the capacity to deliver a future therapy for Alzheimer's disease, if one becomes available.

What made you decide to focus on health policy?

Before I went to the Pardee RAND Graduate School, I had trained as an engineer, worked as a scientist, and studied public health. But my work has always focused on health. I think the common thread is trying to improve health and health care for different groups, as well as a focus on doing rigorous research and using data to solve problems related to health.

What do you see as the biggest challenge facing American health care?

That's a hard question because there are so many challenges. A lot of my work has focused on health care costs, and rising health care costs will continue to be a problem. I think another big concern over time will be long-term care costs and making sure that people can get the care they need.

That leads into your recent Alzheimer's study. What did you find?

There's no cure for Alzheimer's today, but there are many therapies in development and some optimism that we might someday be able to delay or halt the disease's progression. Our project was really trying to think ahead: When a therapy is available, will the health care system be ready to deliver it? We looked at supply and demand, because most therapies in development target early stages of the disease, which implies a large patient population. We found there would be an urgent need for more specialists to screen and diagnose patients as a first step to identifying who would benefit from the therapy. We'd also need better screening tests. It's really a call to action, demonstrating that this is a potential problem. We need to start thinking about what policies and planning are needed.

You've gotten some additional funding to continue this work. What are you working on now?

We're doing the same kind of infrastructure analysis for other countries. We're looking at some European countries and Canada. All of the countries have an aging population, and they could face similar infrastructure challenges in delivering a therapy like this.

Let's talk about single-payer health plans. What did you find in your study of the New York proposal?

We estimated that total health care spending in New York under a single-payer plan could potentially be about the same or slightly lower over time.

So, the New York Health Act would provide all state residents with comprehensive health care coverage. People would pay for the plan through taxes instead of premiums and out-of-pocket payments. This kind of analysis requires a lot of different assumptions, and there are many different factors that people disagree about. But we estimated that total health care spending in the state could potentially be about the same or slightly lower over time. The state would need to raise $139 billion in new tax revenue, but those tax payments would replace people's premiums and the majority of their out-of-pocket payments. This is spending that's already occurring, but the plan would shift the types of payments people make.

Would ordinary residents pay more or less under the plan?

The bill specifies two new taxes that would scale with income, but it doesn't say what the rates would be. So we estimated a few different tax schedules.

We found that the majority of households could pay less, but the highest-income households would be paying much more. That has really important implications, because people could change their investment decisions or even move out of state to avoid those taxes. If even a small fraction of the wealthiest people move, that really changes the funding picture.

This issue of single-payer health care has gotten a lot of coverage recently. What's missing from the public discussion?

People have a very strong reaction when you talk about single payer, often an emotional reaction, on both sides. I think it's important to understand that this is a financing issue at its core. Part of the challenge is understanding how the current financing system distributes health care costs, and then deciding what you think about changing to a single-payer system that redistributes the costs differently. It's important that a place like RAND is doing this kind of work, to look at the issue in its entirety and not just show one side, to help both sides have a real discussion about the pros and cons. One of the news stories about our study that I really liked said RAND was giving fuel to both sides, because there are always trade-offs to consider with this kind of far-reaching policy change.