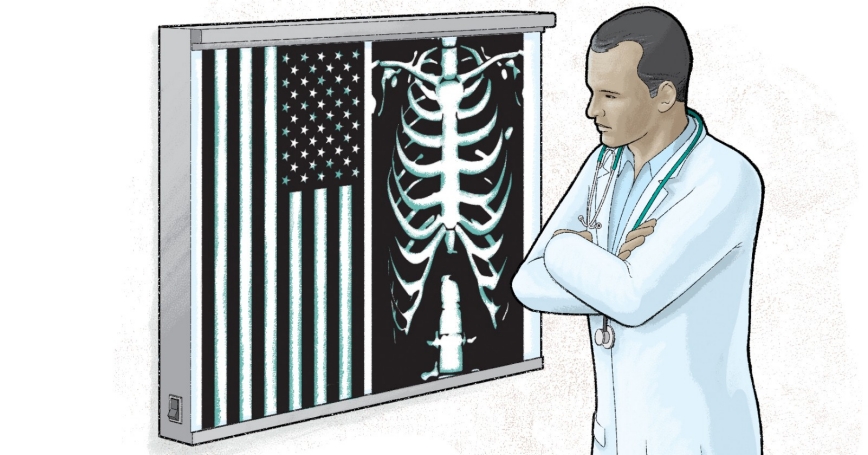 Jordanna Mallach came home from Afghanistan with a rasping cough that she could not explain. She called it her Army asthma.

She had chalked it up to the strain of the deployment when it first started, when she would wake up gasping for breath as if something was squeezing the air from her lungs. But it didn't end with the deployment. Her civilian doctors were just as puzzled and powerless as she was. “They just didn't know what questions to ask,” she says now.

Her experience underscores what RAND researchers found when they surveyed hundreds of private-sector health care providers. Most lacked the specialized knowledge and training to treat veterans like Mallach. Few even asked their patients whether they had ever served in the military.

That raises a fundamental question as the U.S. Department of Veterans Affairs shifts billions of dollars for veteran care to outside providers: Are those providers even ready?

Mallach faced a problem familiar to many veterans when she came home from her 2010 deployment with the Army National Guard struggling to catch her breath. Nearly one-third of all U.S. veterans live 40 miles or more from the nearest VA medical center; in her case, living in rural upstate New York, it was more like 100. When her breathing problems got bad, she opted for the nearest urgent care clinic instead.

In recent years, the VA has tried to make it easier for veterans like her to get health care from private-sector providers closer to home. It plans to spend more than $14 billion on such outside care in the coming year alone. “We are committed to moving care into the community where it makes sense for the veteran,” then–Secretary of Veterans Affairs David Shulkin promised last year.

Yet nobody had taken a close look at whether those outside providers were fully prepared to treat veterans, a small but medically complex population with higher rates of post-traumatic stress, toxic exposures, cancer, and diabetes. With more veterans preferring to seek care in the community, the nonprofit New York State Health Foundation decided that question needed some answers. It brought in RAND to investigate.

Researchers surveyed more than 700 private health care providers across the state, from New York City to the small farming towns of western New York. They were physicians and mental-health counselors, nurse practitioners and physical therapists. Almost none had served in the military themselves.

Fewer than a third knew enough about military culture to talk with veterans on their own terms. Fewer than half screened their patients for conditions common among veterans, like sleep problems or suicide risk.

Most were unfamiliar with deployment-related health stressors (63 percent), unprepared to address the unique health needs of women veterans (78 percent), and unsure how to refer a patient to the VA (73 percent). Fewer than one in five even asked their patients if they had ever served.

In all, the researchers estimated that just 2 percent met every standard to ensure timely, high-quality care for veterans.

Doctors Need to Know What to Look for

“There's this belief sometimes that the private sector has all the solutions and that by providing veterans with more choice and greater access to community-based providers, somehow their needs will be met,” said Terri Tanielian, a senior behavioral scientist at RAND who led the study and has focused for more than a decade on how to improve veteran care. But, she added, “You can't make a diagnosis if you don't ask the questions.” 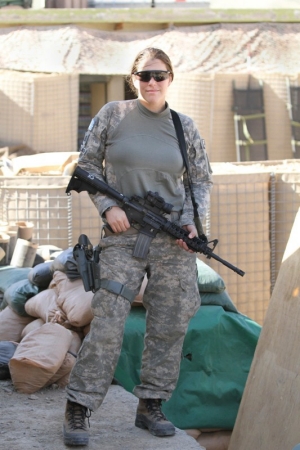 Mallach's doctors were asking the questions, but they missed the clue. They knew she had just come home from Afghanistan; they thought she might have developed a blood clot in her lungs during the long flight home. It was a pulmonologist at the VA who took one look at her file and asked, Were you near the burn pit on your base?

The burn pit. She had jogged past the noxious tower of burned plastic and smoldering garbage almost every day during her morning laps around the base. Service members exposed to burn pits on overseas bases have sometimes complained of asthma-like symptoms and other breathing problems. The VA doctor gave Mallach a steroid inhaler. She was breathing freely within a few days.

“The civilian doctors were trying to treat something they just didn't know about,” Mallach says now. “They were running a whole series of tests based on me having a blood clot. I just don't think they had the awareness. None of the civilian doctors recognized it for what it was.”

RAND's study looked only at New York providers. But there's no reason to think its conclusions would be much different in other states. New York has the fifth-largest population of veterans in the country, so if anything, its providers might be more familiar with veteran health needs than providers elsewhere.

The VA has some leverage to make improvements. It could require more training and testing on veteran care before it signs any community care contract with a private-sector provider, researchers wrote. It also could better monitor the providers it works with, to make sure they meet the same standards it sets for itself. The state, too, could drive home the importance of veteran care by adding questions about screening and treating veterans to its licensing exam.

“The military goes to war, but I don't feel like we've gone to war as a country, where everyone feels like we all need to serve in some capacity,” said Derek Coy, a former Marine who served in Iraq and is now the veterans' health officer for the New York State Health Foundation. “I think more people would get on board if we put it out there like that. They'd see serving veterans as serving their country, as a form of service, which benefits everyone.”

Previous RAND research has shown that around half of all New York veterans would choose to get care from community providers if they could. That adds up to potentially hundreds of thousands of patients in need of high-quality, specialized care, in one state alone.

Jordanna Mallach is one of them. She still sees her pulmonologist at the VA twice a year, just for checkups; but she stays closer to home for most other health needs. When a dump truck slammed into the back of her car a few years ago, her community doctors and therapists had all the training they needed to get her back on her feet.