A Champion for Children and Practitioners: Q&A with Dionne Barnes-Proby 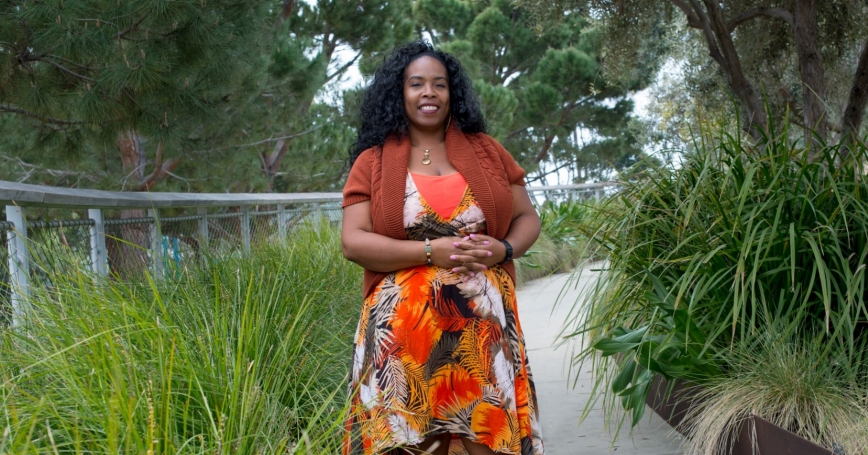 Dionne Barnes-Proby works to improve the lives and well-being of young people in need. She's a social policy researcher at RAND whose recent studies have examined juvenile justice, the foster care system, and workforce development programs for people with criminal records. She recently managed a national evaluation of programs for children and women exposed to violence.

You started your career as a social worker and foster care case manager. What drew you to those fields?

My passion, really, is to help adolescents and young adults. It really developed when I was in high school. I was raised by an amazing single mom who had to work multiple jobs, in a community where there was limited access to social capital. I was part of an integration program, so I was bused about an hour and a half to school. There were few of us minorities at the school, and I felt like we were not really supported. They didn't talk to us about postsecondary education; we weren't told about taking the SATs. I remember being told by a counselor that I shouldn't even apply to colleges because I likely wouldn't get in.

That developed a passion in me for helping to prevent young people from having to go through that experience. Helping them to navigate these various systems—education, housing, employment—with which they would need to engage to ultimately be successful and overcome the challenges that folks like myself and my peers had to struggle with.

What brought you over to research?

I wanted to effect change on a broader scale. I wanted to be a practitioner at the table of policymakers, bringing the voice of the clients and the practitioners to the conversation, so that policies would reflect an understanding of the needs of the populations they're intended to improve. The practitioners are the ones who are responsible for implementing those policies, so I really wanted to make sure that their voices and their concerns were taken into consideration.

Was there any experience that convinced you of the need for that?

I wanted to infiltrate the research and policy space and provide that voice of those who are unheard and yet are directly impacted by policies that are being written.

I just remember feeling like, 'Who wrote these policies?' … this overwhelming sense of frustration with policy after policy, where you just become this cog in the wheel of doing what you're told, even though you don't think it will result in the best outcomes. My sense was that policymakers did not always know what we have to deal with on the ground.

I characterized myself at the time, and kind of still do, as an infiltrator. I wanted to infiltrate the research and policy space and provide that voice of those who are unheard and yet are directly impacted by policies that are being written.

You've been at RAND for almost 20 years. Is there any common thread that connects all of the research you've done?

I really had to think about that question when I made that transition from analyst to policy researcher. I think the common thread is engaging practitioners, making sure that the research we do captures their experiences. Empowering the community. I'd like for their voices to be heard from the beginning—developing the idea of the research, the questions we're trying to answer, being involved in collecting the data, and then disseminating the results in a way that's impactful to the community. I would like to move further in that direction.

It seems like that's been inspired by some of your earlier experiences.

Definitely. When I was young, we were part of this new effort to integrate schools. We weren't asked our opinions, and our parents were not asked their opinions. It presented a great opportunity, and I feel like the education I received far surpassed what was available in my local community. But I don't feel like we were engaged in the process, and we were treated as outsiders coming into this community. So that has always been a motivating factor for me. You've got to talk to the people you're intending to help, and make sure they're actually receiving the help that is intended.

I've been working on workforce development programs for folks who have been involved in the justice system—primarily adults, but I just wrote a proposal to evaluate programs serving youth who have been on probation or at risk of involvement. That's the area of research I'm most interested in, really—system-involved youth and young adults. That can mean the justice system or, given my social work background, the child welfare system. Just trying to improve the outcomes and well-being of those populations that are really struggling.