Learning Is a Lifelong Process: Q&A with V. Darleen Opfer 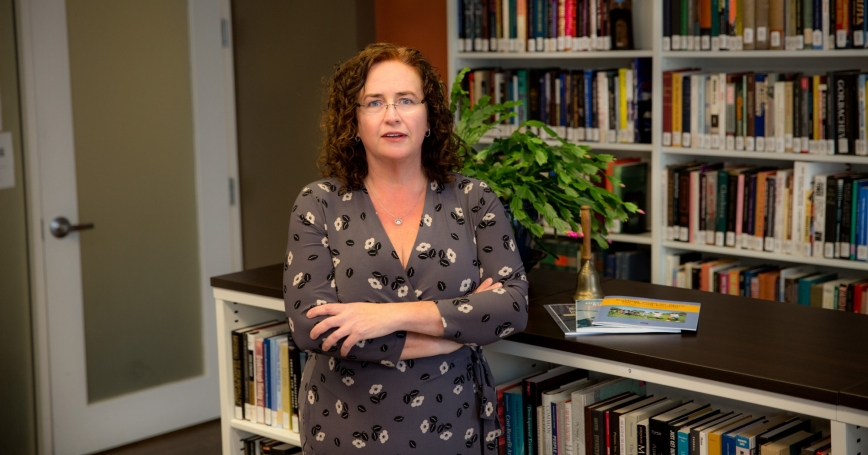 As vice president and director of RAND Education and Labor, V. Darleen Opfer oversees a research portfolio that ranges from early childhood education to retirement planning. The research division's goal is to make students and workers more effective in the ever-changing, ever-innovating world of the 21st century.

Opfer's research has helped school districts, states, and countries from Great Britain to India to Mexico improve teacher training and student outcomes. She also has served as an education consultant for the U.S. Agency for International Development and as a fellow for the Organisation for Economic Co-operation and Development. She began her career in the classroom, as a special education teacher, before moving to policy research.

Let's start with the perennial question: What should we be doing to improve education?

We need to use more evidence-based practices. We've got a history in the field of implementing ideas or programs or policies because they're popular or because people think they sound like a good idea. But often, we have no evidence that they're going to work. So people go from an idea to full scale-up without ever seeing if it's going to work the way they intend it to. That's something we really need to change.

Were there any experiences in your time as a classroom teacher that inspire the work you do now?

Absolutely. I became a teacher because I wanted to help students—particularly low-income students—succeed. I taught for three years, and it very quickly became obvious that we make bad decisions for kids. As a special ed teacher, there were a lot of rules and regulations that you had to follow, over and above what other teachers did, and I was constantly questioning, “Why would we do it this way? Does this even make sense for these students?”

That led me to go back to graduate school and earn my Ph.D. in education policy. I wanted to make sure we were making better decisions for students, more evidence-based decisions, that would lead to better results for them.

You've worked on education issues all over the world. Are there any lessons or ideas that we should be looking at here?

You hear that question all the time. People will start looking at Finland, for example, and ask, “What is Finland doing and how can we implement it here?” But it can actually be dangerous in education to take ideas from one country and apply them to another. Context really matters and there are lots of cultural differences between countries, even those that speak the same language.

I'm doing a study right now with eight countries, looking at the relationship between math teaching and student outcomes. And it's just striking, even with something as narrow as middle school math, the difference between what—and how—they teach.

We need to have labor researchers working together with education researchers, to be able to think at that system level about the improvements that need to be made.

Your research division covers not just education but also labor. Why group those two fields together?

There's a growing realization that we need to make some radical changes if we're going to prepare people for work in the future. There's been a lot of talk about it among policymakers, among the general public, certainly among employers. We understand this as a large, systemic problem. It's not something we can fix by just tinkering around the margins, implementing new programs in schools, that kind of thing. We need to have labor researchers working together with education researchers, to be able to think at that system level about the improvements that need to be made.

What do you see as the top priorities right now?

We're really digging in on the labor market and how it's changing and evolving. And it's become apparent that there are issues we need to address in how we train our workforce in response to those changes. One of the big problems we see is that people go through school, they finish high school or college, and then they go out into the workforce. They never re-educate themselves. And what we're seeing even now is that people need to learn new things, new skills, throughout their working lives to stay competitive in the labor market. They really need to think of learning as a lifelong process, not as something that's done when they graduate. That's not something we've been very good at in the United States.

What's next for you on the research side?

Most of my work focuses on helping teachers better educate their students. I'm working on a project to look at what we're calling “coherent instructional systems,” and whether they make a difference for low-income students. Our hypothesis is that one reason low-income students often struggle is because they're in systems that are incoherent. By that, I mean the curriculum doesn't align with the assessments, or the professional development that teachers are participating in really has nothing to do with the curriculum. We're trying to identify schools and school districts where there is alignment among all of these instructional elements. We want to see whether that really does lead to better outcomes.