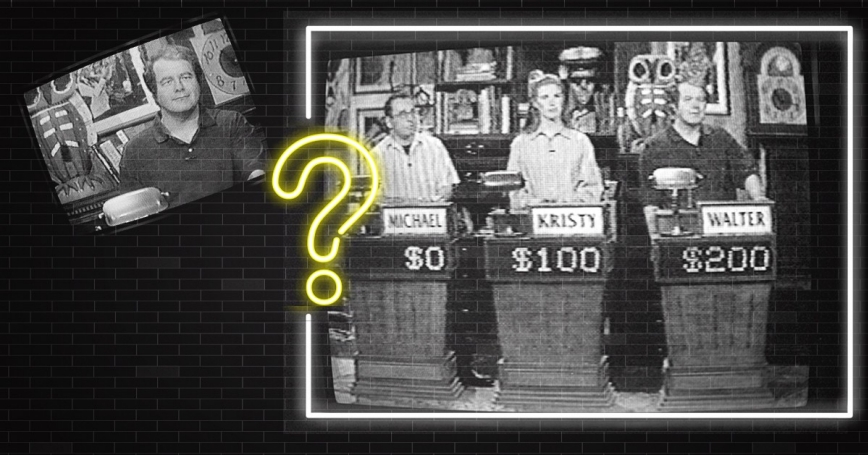 Researchers have been dialing for dollars since 1957, when mathematician Richard Bellman failed to Beat the Genius. Just this year, Pam Mueller and two teammates took third in the Jeopardy! “All-Star Games”— nearly two decades after she won the show's “College Championship” as a student at Loyola University Chicago.

Perhaps his most intriguing appearance was on the web-only show The Experts, in which contestants competed by answering questions about their own wildly different fields of expertise. Mason, a robotics whiz, appeared in the 2013 episode “Harry Potter vs. Robots vs. Parks and Recreation.” “The Harry Potter woman won,” he said.

Mason's approach? He looks for patterns in prior questions. He noticed, for instance, that Win Ben Stein's Money was particularly fond of flags, so he studied flags! Between shows, Mason gets his fix in Santa Monica at “probably the most competitive pub quiz there is,” thanks to a pack of former Jeopardy! players.

Walter Nelson, shown above, also won Ben Stein's money. “And he was none too pleased about it!” Nelson said.

“The decisive question was one I knew because I had worked in military intelligence during the Reagan era: 'In what Asian country would you find the port city of Tripoli?' Stein answered Libya, but of course it's Lebanon. I probably didn't help his mood when I gave him driving directions from Beirut while the credits rolled.”